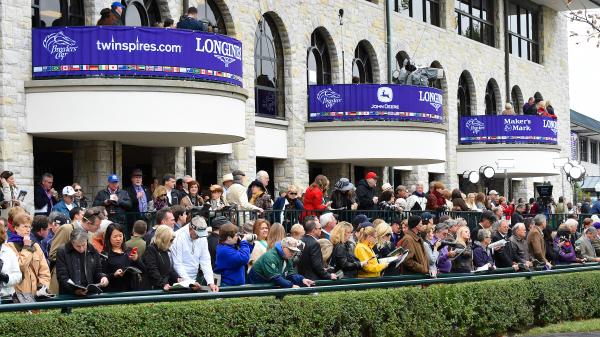 The Breeders Cup arrives quickly, and if you are heading towards Keeneland Racecourse for this year’s event, we have 10 things you need to know before you go.

1. The Breeders’ Cup is the world horse racing championship.

Because some horses prefer to run long and some like to sprint, some like dirt and some prefer grass, there are 14 different Breeders’ Cup races spread over two days. There are races for males, females, young thoroughbreds and open company. Basically, there’s a Breeders’ Cup option for every horse…as long as they’re the best of the best.

3. Horse safety is a high priority.

The Breeders’ Cup takes safety seriously. Veterinarians will be on hand to monitor the horses’ health before, during and after the Breeders’ Cup World Championships, and 24-hour equine security monitoring begins November 1, with all horses required to be in Keeneland at that time. date.

4. This year’s Breeders’ Cup is all about Flightline.

line of flight is the heavy favorite for the $6 million Classic Longines Breeders’ Cup. He won his five races in some of the fastest times of any horse this century. All eyes will be on that sensation of speed as he takes on seven top horses in the Longines Classic, which will be staged across the country on NBC at 5:40 p.m. ET.

5. Friday is about the future.

Want a preview of next year’s Triple Crown hopefuls? How about the fillies racing for the lilies in 2023? Then you have to watch out for Future Stars Friday, where five Breeders’ Cup races for 2-year-old Thoroughbreds will be held: the FanDuel Juvenile presented by Thoroughbred Aftercare Alliancethe NetJets Juvenile Filliesthe Juvenile grassthe Turf juvenile filliesand the Juvenile grass sprint.

The Breeders’ Cup is a sartorial paradise: From sleek European style to exuberant American fashion, the Breeders’ Cup is a great place to see and be seen, and this year fans plan to showcase their best fall wardrobes in Keeneland, where temperatures can rise. fresh in early November.

If there’s one thing the bluegrass state is known for aside from fast horses, it’s bourbon – and for three days some of the best distilleries will showcase their best libations at the Showcase of the Bourbons held at the new Greyline Station market in Lexington. Cheers!

8. There is a fan festival on Friday evening.

What’s the best way to celebrate the Breeders’ Cup? With your fellow fans, of course! Meet at Greyline Station on Friday night after the races for an internationally themed Block Party (free entry) with cocktails, great food and live music.

9. The Breeders’ Cup is a matter of charity.

If you don’t have your tickets yet, don’t stress! Tickets are still available for Future Stars on Friday. And don’t forget to park: the Breeders’ Cup will be running a shuttle service on both days – get your pass here.

Listen, Harry – here’s how other royal ‘spares’ are coping with not being number one