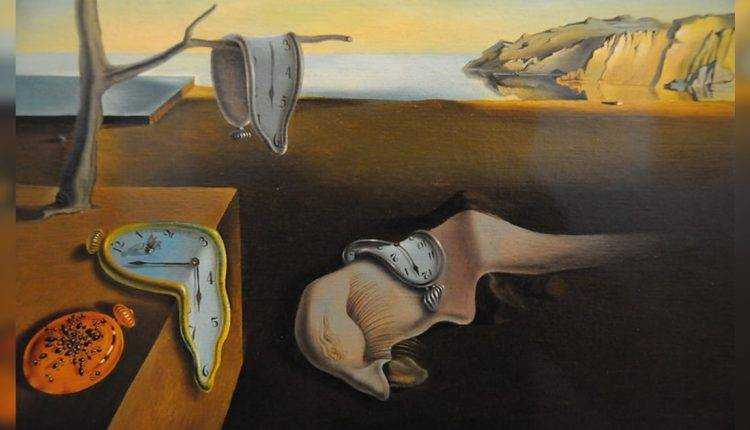 Spanish surrealist artist Salvador Dali is one of the most prolific creatives of the 20th century. He produced over 1,500 paintings during his long career which spanned from 1910 until his death in 1989. Although the eccentric artist explored other mediums including sculpture, printmaking, fashion, writing and even making films, DalÃ­’s paintings stand out as particularly iconic. . He developed his own visual language to represent his own inner world, his dreams and his hallucinations.

â€œThe fact that myself, when painting, does not understand my own images, does not mean that these images do not make sense,â€ said DalÃ­. â€œOn the contrary, their meaning is so deep, complex, coherent and involuntary that it escapes the simpler analysis of logical intuition.

Read on for five of DalÃ­’s most famous paintings.

Here are five famous paintings by Salvador DalÃ­ that you should know about.

The persistence of Memory, 1931

The persistence of Memory is arguably DalÃ­’s most famous painting and one of the most iconic images of surrealism. It was painted in 1931 at the height of the surrealist movement. During this time, artists were exploring their subconscious and often depicting their own dreams. When DalÃ­ painted The persistence of Memory, his artistic practice was guided by the strange â€œparanoid-critical methodâ€. Developed by DalÃ­ himself, the technique involves invoking a paranoid state of mind to facilitate a work of art that captures deconstructed concepts of reality.

In The persistence of Memory, DalÃ­ explores the fluidity of time and space by illustrating molten watches spread out in a Catalan landscape. Ants surround a single pocket watch, representing decomposition; a concept DalÃ­ was fascinated by. Perhaps the most confusing part of the painting is a sleeping figure on the floor. It is believed to be a self-portrait of the artist.

Dream caused by the flight of a bee around a pomegranate a second before waking up, 1944

The dream caused by the flight of a bee is one of DalÃ­’s best-known works from the post-WWII era. It depicts the sleeping figure of the artist’s wife, Gala, hovering lightly above a rock in Port Lligat, a small village located in a small bay on the Cap de Creus peninsula, on the Costa Brava de la Mediterranean Sea. Next to her naked body are two drops of water, a pomegranate, and a bee that also appear to be floating in the air.

Gala’s dream is sparked by the hum of the bee and is depicted in the upper half of the canvas in a succession of chain-shaped symbols. A grenade explodes to free a giant redfish from the mouth of which two ferocious tigers jump together towards Gala. A rifle almost seems to pierce Gala’s arm like a bee sting, while in the middle, a translucent elephant carrying an ice-shaped obelisk on its back crosses the blue sea on slender legs and stilts. The Elephant is based on a statue by Italian artist Gian Lorenzo Bernini. For DalÃ­, it is a symbol of war and destruction. His presence expresses an atmosphere of terror often felt in a nightmare.

The temptation of Saint Anthony, 1946

In The temptation of Saint Anthony, DalÃ­ paints imposing animals with slender legs that carry objects of temptation on their backs. The strange parade is led by a horse, representing the temptation of power. The first elephant carries the golden cup of lust and a naked woman, while the others bring buildings that represent the comforts of home, more naked figures and tall towers with phallic overtones. They walk towards Saint Anthony the Great, Christian monk, during his pilgrimage in the Egyptian desert. He is depicted trying to resist and warn them with a cross. In the clouds, we can see more or less the Escorial, a Spanish royal palace.

The figure of Saint Anthony takes up very little space on the canvas; perhaps DalÃ­ wanted to distract from him, in order to better show the overwhelming nature of the temptations he was facing.

Galatea of â€‹â€‹the spheres is a portrait of DalÃ­’s woman and muse, Gala. He depicts his head, neck and shoulders as a series of three-dimensional spheres. The fractured image was painted during the artist’s â€œnuclear mysticismâ€ period when he began to blur the line between figuration and abstraction. Since the first atomic bomb explosions in August 1945, DalÃ­ had been fascinated by nuclear physics. In the past, describing the atom as his â€œfavorite food for thoughtâ€, the artist became interested in matter made up of atoms that did not touch each other. He reproduced this idea in his art by painting individual objects suspended in particular formations.

In Still life – rapid movement, DalÃ­ continues to explore mathematical theory rendering it in his style of nuclear mysticism. The artist has chosen to reinterpret traditional still life by illustrating objects in constant motion. Food, drinks, and dishes seem to revolve around the stage in the air as if they were in their own swirling vortex.

For DalÃ­, the spiral was the most perfect form of nature, and he often used it as a symbol of cosmic order. The pattern is visible through this painting – from the structure of the cauliflower to an iron bar on the balcony railing. While DalÃ­ was working on this piece in 1956, scientists discovered that the DNA molecule had a spiral formation. â€œFor the first time in the history of science,â€ said Dali, â€œphysics provided proof of the existence of God.â€

Exploring the strange and surreal “ persistence of memory ” of Salvador DalÃ­