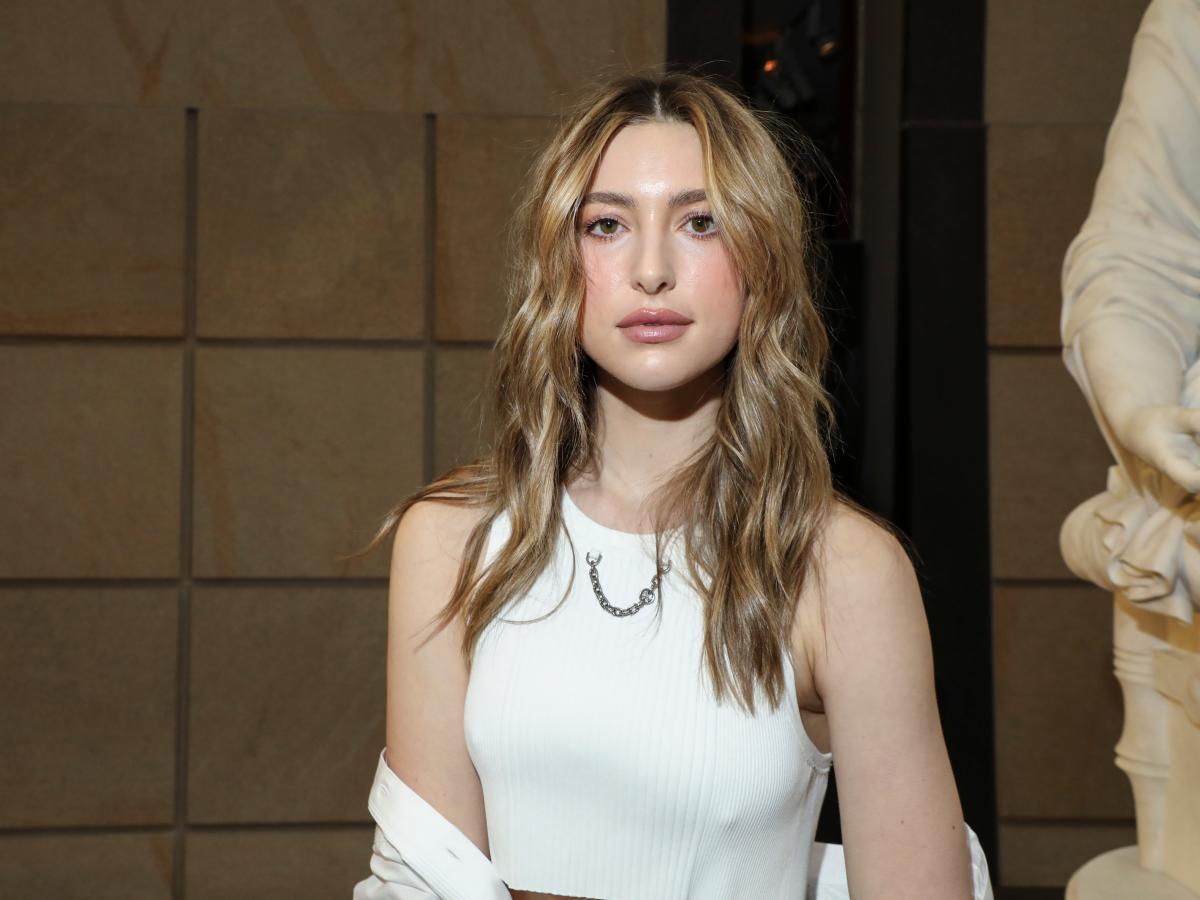 A look at the life of Steve Jobs’ youngest daughter, Eve, who was called a “firecracker” and recently poked fun at Apple’s iPhone 14

The youngest child of Steve Jobs and Laurene Powell-Jobs, Eve Jobs was born in 1998. She has three older siblings, Reed, Erin, and Lisa.

Jobs recently made headlines when she poked fun at Apple’s iPhone 14 reveal, implying that it wasn’t much different from the previous model. But while she has kept a relatively low profile since her father’s death in 2011, she has generated a following in the modeling and horse riding worlds.

In the “Steve Jobs” biography, Walter Isaacson describes Jobs as having grown up to be “a funny, willful firecracker” who stood up to his famous father.

Isaacson wrote that Jobs would even call his father’s assistant at work to make sure she was “put on his schedule.”

Jobs is an accomplished rider. In 2016, her mother bought a $15 million ranch in Wellington, Florida, where she frequently competes and trains with Missy Clark.

The Daily Mail reported that the ranch comes with a barn big enough for 20 horses and a show jumping practice track.

In high school, Jobs balanced riding in Florida with enrolling in college and attending high school in California. She said her school allowed her to catch up on missed classes with the Upper Echelon Academy tutoring program, based in Wellington, Florida.

“It took me a long time to figure out how to balance friends, school and riding, but over the years I’ve come to realize that the best way to make it all work is to prioritize to what’s most important to you,” Jobs said in a 2016 Interview with Upper Echelon Academy.

According to The Chronicle of Horse, Jobs also purchased a stallion named Chill RZ in 2016. “I end happily knowing that Chill is going to a great house to continue his career with North Run and I wish Eve every success!” Charlie Jayne, the horse’s former owner, wrote on Instagram.

Jobs isn’t the only famous heiress to dabble in equestrian sports. Other famous riders include Georgina, daughter of Michael Bloomberg, Jennifer, daughter of Bill Gates, Jessica, daughter of Bruce Springsteen, and Destry, daughter of Steven Spielberg.

“Being able to compete in the Olympics and the World Equestrian Games would be a dream,” Jobs said in an interview with World of Showjumping in 2020.

Jobs has also dated folk rock and pop singer Harry Hudson. The two confirmed their relationship in an Instagram post last year that has since been deleted.

In addition to continuing her successful equestrian career, Jobs is graduating from Stanford University in 2021 – the same school where her parents met. She majored in science, technology and society.

As for the future, Isaacson wrote that Jobs’ father joked that he could imagine her leading Apple or becoming President of the United States. “She’s a gun and she’s got the strongest will of any kid I’ve ever met,” her father told Isaacson.

But, Jobs seems to have made his own way as a role model. Earlier this year, she signed with DNA Model Management, the same agency that represents Kaia Gerber and Emily Ratajkowski.

In March, she attended the Louis Vuitton Fall 2022 show as part of Paris Fashion Week.