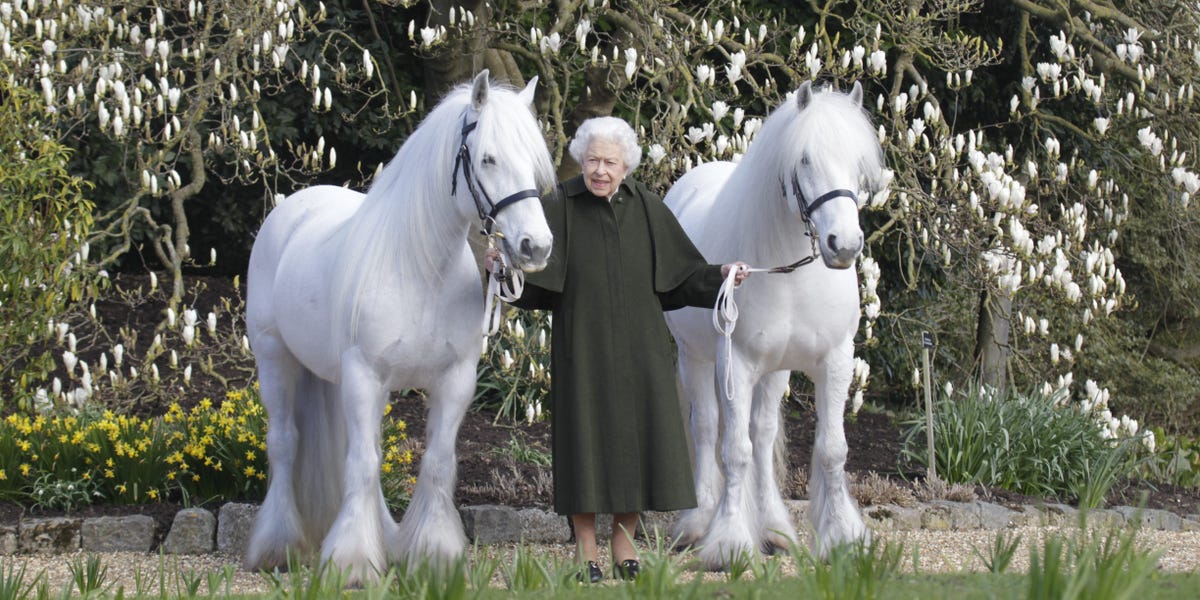 A new photograph taken on Thursday of Queen Elizabeth II in honor of her 96th birthday has been released.

the portrait of the monarchtaken by landscape and equestrian photographer Henry Dallal, was first shared by the Windsor Royal Horse Show, according to a tweet from the official royal family account. It shows Her Majesty standing between two of her fallen white ponies, Bybeck Katie and Bybeck Nightingale. According to the tweet’s caption, the photo was taken on the grounds of Windsor Castle in March.

Dallal also shared the Queen’s image via Instagram and said it was her honor to capture the Queen and her ponies in front of a “blossoming magnolia in the spirit of Platinum Jubilee”.

The Queen’s 96th birthday comes just months before her Platinum Jubilee celebrations take place in the UK and Commonwealth countries in June.

And although the photo was released to mark a milestone for the Queen, she may have been wearing a dark green coat dress in a subtle nod to her late husband Prince Philip, who died at the age of 99 years old in April 2021.

She was among several other members of the Royal Family who paid tribute to the Duke of Edinburgh at his memorial service by wearing “Edinburgh Green”, the color of Philip’s livery, on March 29.

The royal family also shared a sweet photo of the Queen as a toddler Thursday to mark his birthday.

“Today, as the Queen turns 96, we share this photo of 2-year-old Princess Elizabeth,” the post read. “Then in 1928 she was not expected to be Queen, and this year Her Majesty celebrates her #PlatinumJubilee – a first in British history.”

Henry Dallal did not immediately respond to Insider’s request for comment.

Children with special needs in Schuylkill County get adapted bikes