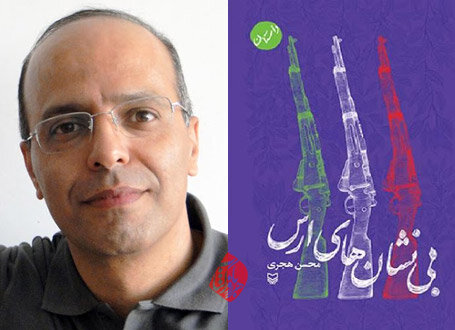 A secret among the waves of the Aras River

Have you ever heard of that blacksmith who didn’t drive a nail in the horseshoe properly, then the horse fell in battle and knocked down its rider and, that caused the whole army to be defeated and the devastation of a country?

So now that we know that each of our decisions and behaviors is so important, let’s talk about a soldier who decided to resist on his own when everyone else surrendered and retreated. We shouldn’t call him a soldier; we all know he’s a hero!

In military affairs, the principle and the basis are the commander’s orders. Everything he said must be done without question, but what if all of a sudden we realized that the commander was about to destroy the country with his command? What if foreigners entered the country and plundered it on his orders?

When the whole world was at war and our country declared neutrality, things were happening in the north of our country. The 47th Division of the Red Army tried to enter our country to receive British and American help in order to get out of the crisis.

No one would care that we declared neutrality. The Soviets knew their only way out was to reach the cargo they were supposed to receive via Iran. If Iran had kept its borders closed to the Soviets, it would be recognized as a Soviet enemy and a supporter of Germany, so neutrality meant nothing.

The Soviet army allowed itself to cross the bridge it had built years ago over the Aras River. All the soldiers and troops from the Jolfa border checkpoint escaped and the government ordered them to surrender, but things were not going to end so easily.

In those critical moments, three soldiers and a commander decided to do what they believed was right. They wanted to stay and defend the border. Four men against an army may sound a bit strange and even funny, but the story of these four proves everything we need.

The fact that I keep saying they were only four men is not wrong. Although the martyrs of the Julfa incident were three but when you read the history you will understand why I am including Arsalan among these heroes, however, he was not on deck to fight alongside his friends at the end. Who is Arsalan? He is one of the heroes we will talk about in this book.

Mohsen Hjari’s “Unknowns Of Aras River” was published by Mehrak Publications. The book talks about the historical event we just talked about. Hejry is not going to tell us the story; instead, he wrote a perfect story to help us remember the names of the heroes who would go unnamed.

On this side of the bridge in Iran are Musayyib, Muhammad, Abdullah and Arsalan with some rifles and a machine gun, on the other side of the bridge in Soviet territory there is an army with tanks, artillery and equipment . Musayyib’s messages to commanders went unanswered. He told the Soviet Army envoy that he had to get permission from the commanders to withdraw, but the truth was that buying a few times was not to receive the surrender order or to stand down. withdraw to find an auxiliary force. Musayyib and his soldiers have no doubt that they must stay and defend, and no orders are needed to protect your homeland.

The history of this conflict is not a one-way street. The writer also wrote across the bridge to introduce the sequel, including Yuri, an engineer who served in the military. The same engineer who built this bridge years ago with his master and now he is worried whether the bridge will be damaged or not.

The name of the fifth chapter of the book is Metal Heritage. The characters in Hejri’s story have a legacy. Arsalan inherited a massive body and strong arms from his father and Muhammad, a gun. A rifle that his father carried in the constitutional revolution and the son, on the side of the Aras river.

The metallic legacy believed to be left by Yuri Malenkov is the bridge he built. It is as if its existence depended on this bridge; he cannot imagine that it would ever be destroyed.

In front of the bridge, Muhammad’s gun can also be considered a metal heirloom. Yuri and Muhammad are supposed to achieve something more than this cold metal: human heritage!

Muhammad attains patriotism and resistance from the gun and Yuri from the bridge to hatred of war, then the mysterious feeling after seeing the Iranian soldiers on the other side of the bridge.

The title of the book, The Unknowns, comes from a conversation between two officers of the Russian 47th Division. They are looking for a name for Iranian soldiers who disobeyed their superior’s order to surrender but also, they are not rebels because no money or deal can prosecute them. They are unknowns and if we don’t tell everyone their story, they will remain unknown.

In short sections, Mohsen Hijri first introduces each character in this book with simple yet catchy language. What does Abdullah, a poet and once lover, want in the midst of this battle? What about Musayyib who can’t get his children out of his head?

Each of them came from a town with a story they lived through, but all four come together at some point, and that’s where they all decide to stay and fight. Musayyib, Muhammad, Abdullah and Arsalan decided to stay even though they knew they would eventually die.

After reading this book, think more about what you would do if you were in this situation.