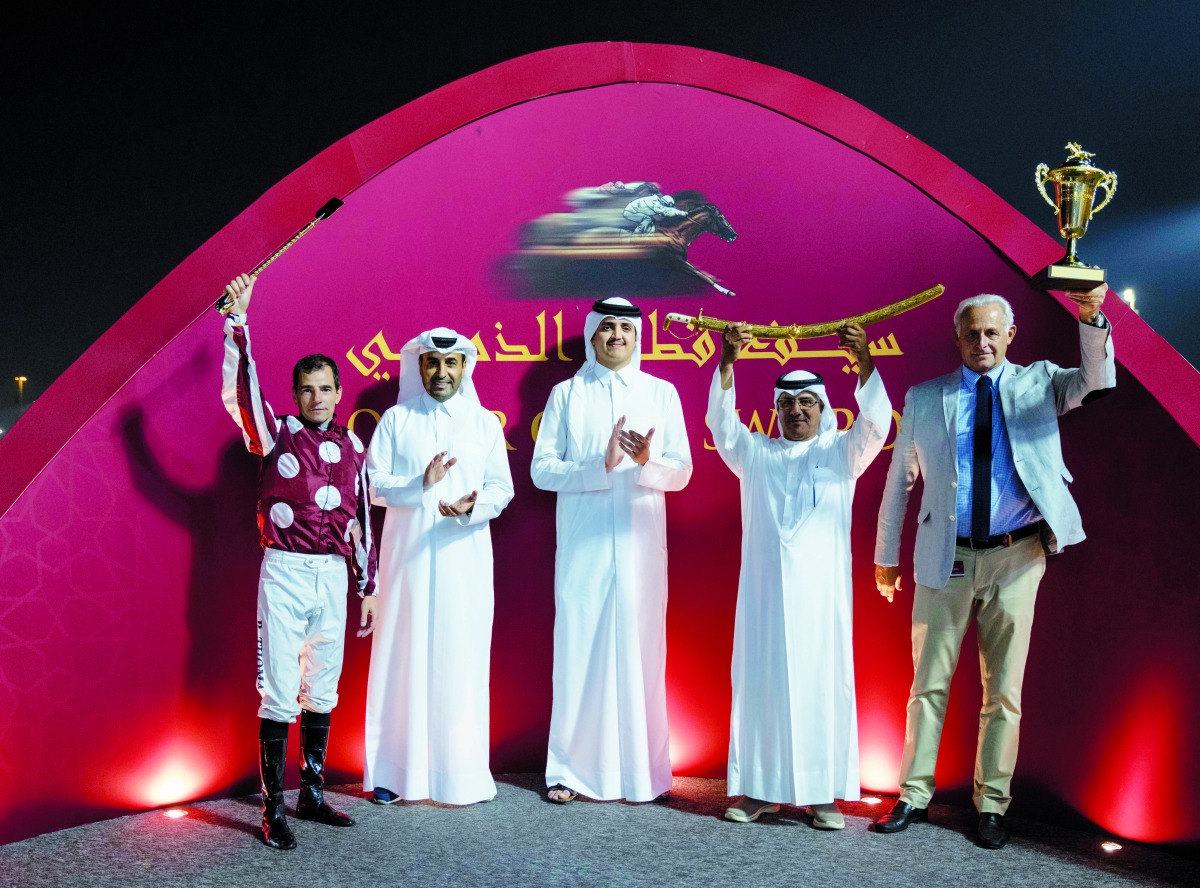 Guided by Ronan Thomas, the five-year-old faced a fierce fight from Mwarid, helmed by Soufiane Saadi, but he accelerated in the final moments to take the lead in the race for the Arabian thoroughbreds (2,000m ) – yesterday’s feature film which took home a total prize purse of $250,000.

HE Sheikh Thani bin Hamad Al Thani crowned the Qatar Gold Sword winners, who pocketed $142,500 after their triumph. Abbes’ win was the fourth of the day for coach Alban Elie De Mieulle and third for Thomas.

Meanwhile, In The Night – owned and trained by Ibrahim Al Malki – showed glorious form to win the Qatar Gold Trophy Gr1 (2,200m), with Tomas Lukasek in the saddle.

It was 1-2 for Al Malki who also coached second-placed Fierospeed, which was ridden by Faleh Bughanaim.

With this victory, the six-year-old mare recorded a brace for Umm Qarn and trainer De Mieulle. Abdulaziz Jassim Al Boenain, director of Al Uqda complex department, presented the trophies to the winners.

The Al Wajba Trophy returned to the Scherzo of Al Wasmiyah Farm as the apprentice of Georges Mikhalides fought back to win the Thoroughbreds (3 years / 1,850m).

It was the second victory of the day for jockey Alberto Sanna, who also rode A’lia, trained by Rudy Andre Nerbonne, to triumph for Purebred Arabian Maiden Plate – yesterday’s first contest.

Meanwhile Taxiwala, owned and trained by Osama Omer Al Dafea, also picked up a win yesterday, claiming the Sealine Sprint Trophy (1,200m) with Thomas in the saddle for his second victory of the day after guiding the Equinox d ‘Umm Qarn – trained by De Mieulle – to victory in the Local Thoroughbred Open Cup (1,850m).