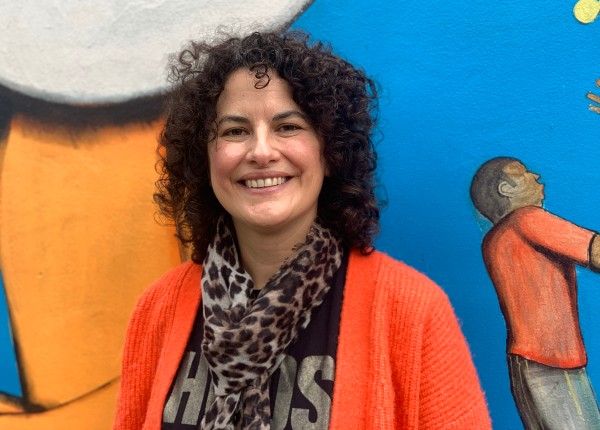 Ali Alvarez has been named creative director of advertising agency Omelet. She brings to her new perch a wealth of experience from both the agency and production company sides of the business — and a life experience that transcends all of that.

Born in Mexico and raised in Los Angeles, Alvarez started out as a professional horse rider before attending the Art Center College of Design, then moving to London to begin her career in advertising. After graduating, Alvarez cut his teeth at some major agencies over the next 10 years – Mother, Fallon London, and worked his way up to ECD at The Brooklyn Brothers – working on brands such as Cadbury, Tate, BBC, Range Rover and Iceland. Tourism.

Fast forward to 2012, when Alvarez suddenly found herself unable to recall anything from her life except a vivid memory of a movie she wanted to produce. Enjoying one of his favorite hobbies, horseback riding, Alvarez suffered a terrible accident in London, falling from his horse and hitting his head against a rock. The resulting traumatic brain injury (TBI) left Alvarez with no short-term memory.

It was not only his memory that was lost, but also his ability to walk. Alvarez had to start over. And the only thing she remembered was a movie idea she had in mind for a documentary about the annual butterfly migration that begins and ends in her home country of Mexico.

On the morning of the crash, Alvarez had filmed herself for the Kickstarter campaign to help fund the project. The idea of ​​creating this film, which would become a way to help mourn her mother, became the only source that compelled her to recover as soon as possible. Production and realization Muerte Es Vidahis first feature-length documentary, led Alvarez to discover a love and talent for the production side of the business.

From this experience, Alvarez embarked on a new production career. Her first gig after the accident brought her to the production company B-Reel. Since then, she’s honed her creative skills with outfits like JustSo, as a creative lead. His work has been recognized by MTV, Cannes, One Show, FWA, D&AD, the Webbies and the Emmys.

Her unlikely journey has now brought her to Omelet. Alvarez said, “Omelet has a saying, ‘Be hard on the job, kind to the people,’ and I couldn’t agree more,” Ali said. “I’m delighted to bring together the London trade I learned working in all areas of the business, and the life lessons I learned… uh… banging my head!” This life made me hesitant to go back to an agency full time, but I couldn’t let that go. I hope this tells you how much I think of the Omelet team. It’s been a while, but I’m back, LA If you’re up for something a little different, if you’re from somewhere a little different… ¡Vamos! Let’s get to work.

Alvarez will work with all Omelet customers, including YouTube, Google Play, Princess Cruises and Walmart, among others.

“It’s extremely rare to find someone with the kind of global life and career experiences that Ali brings to the table,” said Thas Naseemuddeen, CEO of Omelet. “His ability to truly live a creative life and inspire those around him with that energy for creativity is something we are giddy with excitement about. Additionally, his time spent in London has left him with a respect and a pay attention to the craftsmanship that we don’t always see in our marketplace. It’s a breath of fresh air for our advertising community that is so ready for a new energy.

Alvarez is the second woman hired into Omelet’s C-suite in the past three months, joining Zey Taslica who heads up production. She joins a leadership team that includes CEO Naseemuddeen, Managing Director Andrew Kensky, Chief Strategy Officer Pete Talaba, Chief Marketing Officer Sarah Ceglarski, Chief Digital Officer Ricardo Diaz and Chief Financial Officer Naj Allana. Alvarez took on his role virtually in January and is soon making the jump across the pond to Los Angeles, with his partner and 4-year-old child in tow.