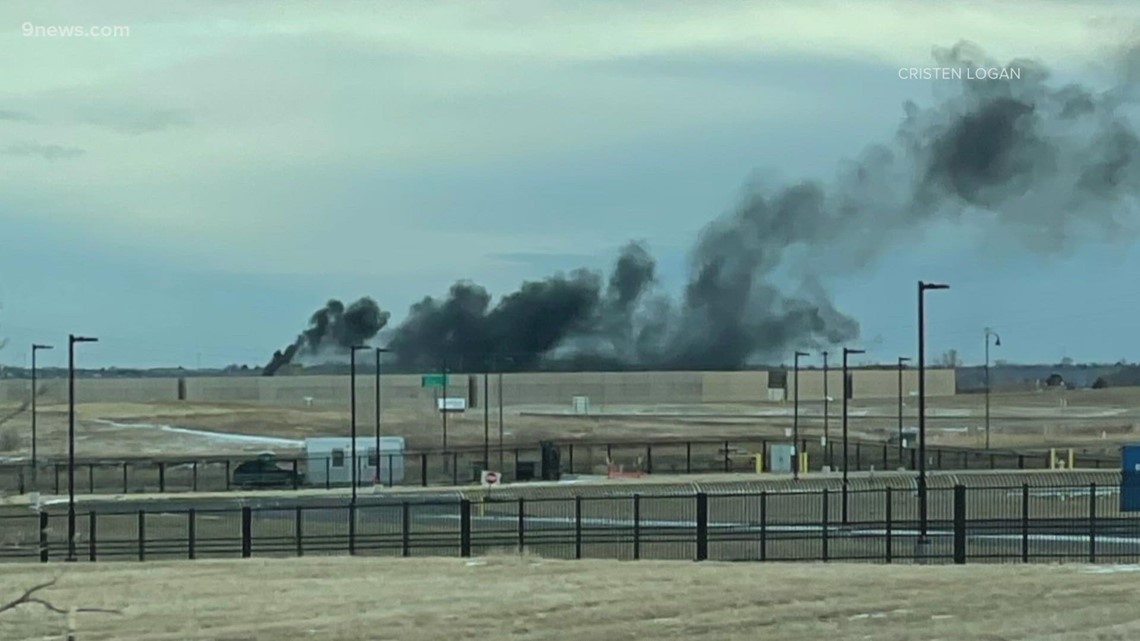 Neighbors wish they had been told of a plume of black smoke coming from an oil and gas rig after it malfunctioned.

BROOMFIELD, Colo – On January 14, Amber Wey’s dash cam recorded a flame and a plume of dark black smoke coming from the Civitas Resources oil and gas rig near the intersection of Northwest Parkway and from Sheridan Parkway.

While picking up her children from a nearby school in Broomfield, Cristen Logan snapped a picture of this black smoke coming from the block.

“I was pretty convinced there was a fire,” Logan said.

“I’ve always been nervous to have oil and gas operations so close to my home and my schools, but the Marshall fire has completely changed my perspective on my safety in terms of fires in that area,” said she declared. “I’m much more hyper-aware of the fires now than before.”

“I witnessed a large plume of black smoke over 100 feet high from my back door,” Wanek said.

“We didn’t even have a clue what was going on. I have horses. My neighbors all have horses. Evacuation is a bit of a process,” she said.

According to the City and County of Broomfield and Civitas Resources, the flame and resulting smoke was not a fire.

The malfunction was not what was visible to local residents.

“Hours earlier, an operational malfunction had occurred on one of the equipment used to separate gas and condensate,” Cain said. “All wells at the facility are shut down to ensure there are no genuine incidents of concern.”

He said the equipment was replaced and when the system was restarted, it sent the liquids trapped in the pipes to a combustion chamber.

“It’s what you see as a flash and a bit of smoke, because these resources are basically incinerated,” Cain said. “When you have condensate in a combustion chamber to burn off, it’s actually similar to throwing a piece of bacon or something greasy on a barbecue.”

“Your failsafe mechanism, as you saw, worked, but it still doesn’t give me much comfort,” Wanek said.

Wanek and Logan think the counties should have informed them of the situation, even though there was nothing to worry about.

“I think we should have had a reverse 911 or CodeRED identification that the plume we saw was not a problem. Everything was under control,” Wanek said.

The site is in Broomfield County. According to a city and county spokeswoman, Broomfield was in direct communication with the operator during the event, and police and fire departments determined that did not warrant a CodeRED notification. She said CodeRED was not used for non-emergency notifications.

Broomfield provided real-time information on the Oil and Gas Dashboard.

Since the Marshall fire three weeks ago, Then with Kyle Clark encouraged residents to sign up for their county’s reverse notification system.

RELATED: How to Sign Up for Your County’s Emergency Alerts

On Thursday, an inspector from the Colorado Oil and Gas Conservation Commission went to the site to investigate what happened.

According to an answer sheet provided by the Broomfield City and County Manager, there was no need to report the incident to the Air Pollution Control Division of the Department of Public Health and Environment of the Colorado, but Civitas did it anyway.

RELATED: ‘I haven’t had a landline in… 17 years’; Neighbor, no emergency alert, told residents to evacuate at Marshall Fire

SUGGESTED VIDEOS: Full Episodes of Next with Kyle Clark

“The King’s Daughter” Is Truly A Watery Royal Mess