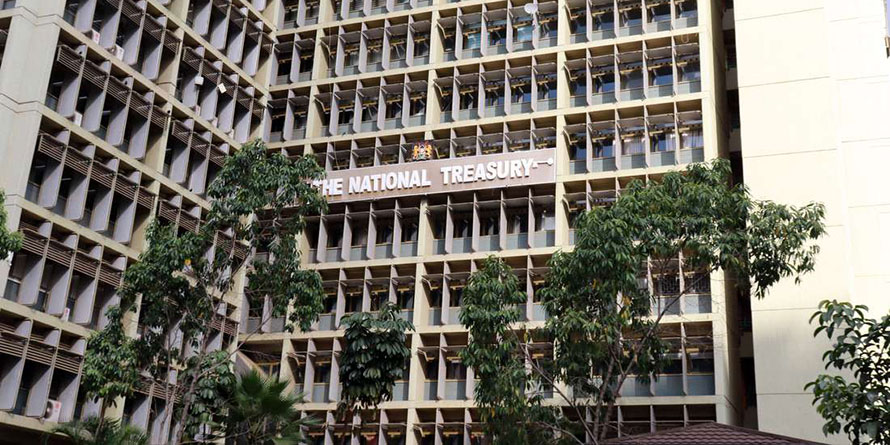 Kenya has asked for the second time in less than six months from the International Monetary Fund (IMF) for budget support to overcome the economic difficulties of the coronavirus.

IMF Resident Representative Tobias Rasmussen said the government has asked the Brettonwoods institution for another loan following the $ 739 million (Sh79.3) billion received in May that Kenya was seeking to help meet. economic shocks caused by the pandemic.

This signals the severity of the rapidly deteriorating cash situation in the country, marked by declining income and worsening debt service obligations.

Revenue collection underperformed by 40 billion shillings in the first two months of the fiscal year, July and August, amid coronavirus-related disruptions.

The type of credit Kenya has requested from the IMF is a quick-disbursing facility where the money is fed directly into the budget to supplement public funds and is used at the discretion of the government.

Under the administration of former President Mwai Kibaki, Kenya has steered clear of this type of credit, with much of the support from institutions like the IMF and the World Bank taking the form of backstopping. to projects.

“Following the support provided by the IMF in May under our Rapid Credit Facility (RCF), the Kenyan authorities have expressed their interest in an agreement with the Fund. IMF staff are in talks with the authorities for such a deal, ”Rasmussen told Business Daily in an email response.

Budget support funding is not tied to specific projects and can be used to fund politically important activities.

This could trigger further restrictions on the part of the government, risking reducing economic activity and depriving the Kenya Revenue Authority (KRA) of opportunities to increase tax collection.

Kenya’s economy shrank 5.7% in the second quarter of 2020, its first quarterly contraction since the global financial crisis 12 years ago, as the Covid-19 pandemic shut down businesses and kept businesses people at home.

The Treasury expects growth of less than 2.5% against 5.4% last year, and international institutions are forecasting lower.

Tax collections in the three months to September fell 14.69 percent to 317.6 billion shillings, raising fears that Kenya’s budget deficit for this fiscal year could grow due to revenue shortfalls .

The Treasury said in September that it was in talks with the World Bank for the provision of an additional budget support loan, which would potentially be used in fiscal year 2021/22.

The loan will be the World Bank’s third after the Washington-based lender began providing such funding to Kenya last year.

The Jubilee administration is expected to borrow an average of 2.5 billion shillings per day before the end of President Uhuru Kenyatta’s last term in August 2022, underlining his growing appetite for foreign debt.

The Jubilee administration has increased spending since 2013 to build new roads, a modern railroad, bridges and power plants, thus increasing borrowing to fill the budget deficit.

Rising debt has seen Kenya spend more than half of its taxes on loan repayments, leaving little money for building roads, affordable housing and renovating the ailing health sector.

But in the face of revenue shortfalls amid coronavirus disruptions and a willingness to complete projects before Mr Kenyatta leaves, the Treasury is expected to step up borrowing over the next two years.

The Parliamentary Budget Office (PBO) – which advises lawmakers on financial and budget matters – says income underperformance due to the Covid-19 pandemic is likely to push Kenya’s debt beyond legal threshold 9 trillion shillings, a year after Mr. Kenyatta left power.

“In previous years, the primary balance increased due to significant spending on infrastructure projects, power generation as well as social spending,” the PBO wrote in a budget surveillance report more early this month.

“The impact of Covid-19 on the economy is expected to negatively affect income generation. Based on current and planned spending demands, it is estimated that Kenya’s stock of debt could reach 9,200 billion shillings in FY 2022/23. “

This means that almost 60% of taxes will be spent on debt repayment.

Half of Jewish groups that applied got government loans totaling $ 264 million, survey finds