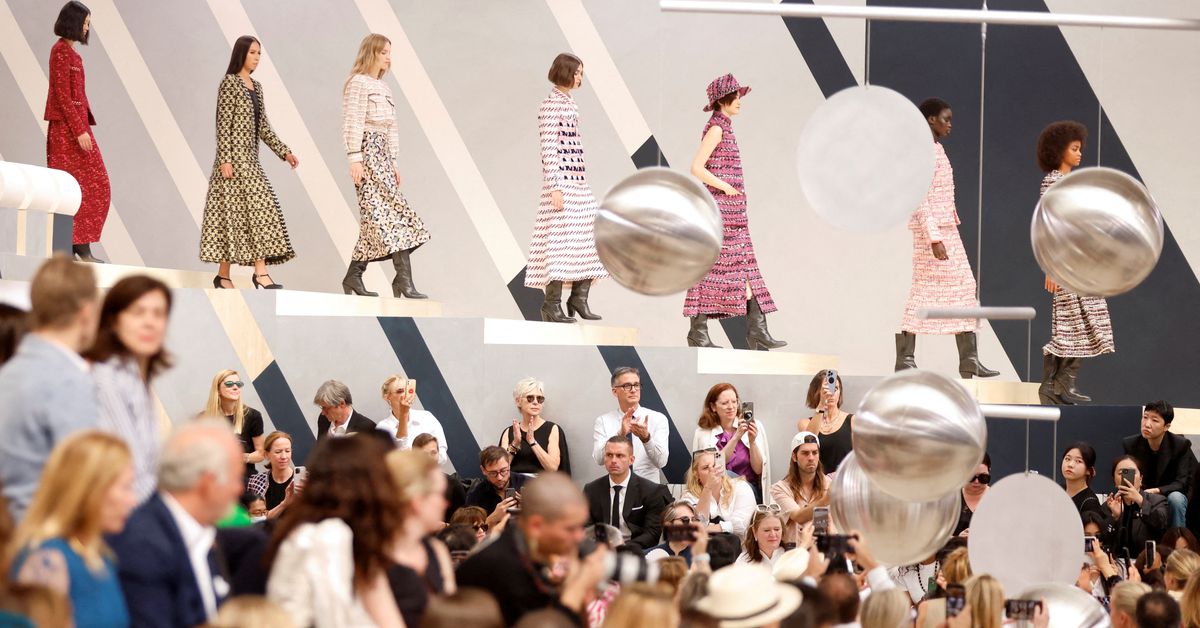 The label settled in an equestrian arena at the gates of Paris, building a decor playing on optical effects, with geometric patterns running at an angle while large silver globes hung from the ceiling.

The show opened with a projection of Pharrell Williams playing drums, with squealing electronic music in the background.

When the soundtrack suddenly switched to a soothing voice, a model with wavy hair in a lime green skirt and jacket kicked off the fashion lineup. Others followed, zigzagging across the floor, in beige, pale pink and all-black looks.

Jackets were paired with loose trousers or skirts that twirled around the ankles, with pockets and rows of buttons punctuating the house’s signature tweeds, in various patterns including stripes.

Closing out the show, even the traditional bride in an all-white wedding dress looked relaxed, her hands tucked into her front pockets. A simple white bow placed on her head, the ends of the ribbon left to flow behind.

The haute couture shows take place until July 7 in Paris.