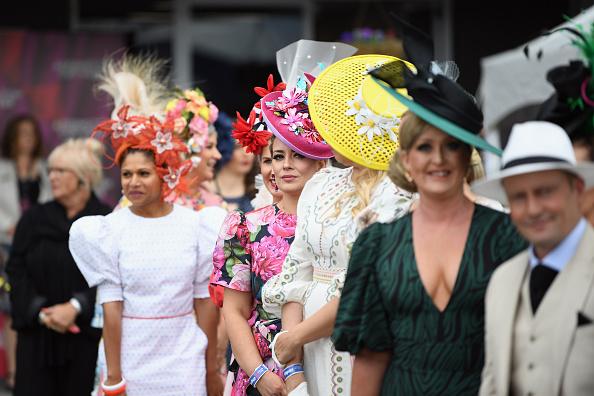 Covid-19: Cup and Show Week could be closed to the public

Covid-19 restrictions could mean Canterbury’s biggest horse racing week of the year could be closed to most punters for the first time in 117 years.

Although organizers have confirmed today that the races will take place, that cannot promise that the public will be allowed to attend.

Addington Raceway CEO Brian Thompson said this afternoon that Addington Cup week will go ahead, but the public will be completely shut out unless the region is lowered to Tier 1 restrictions.

At alert level 2, events can take place but with restrictions.

Events and event facilities – for example, stadiums, cinemas and casinos can accommodate a maximum of 100 people in any defined indoor or outdoor space.

Tickets were due to go on sale this week, but have been suspended due to Covid-19 restrictions.

Thompson said the decision to suspend was due to a lack of certainty the venue will be able to be opened to the public.

“The races will continue, but if the country is still subject to mass gathering restrictions, it will not be possible to make Cup Week an event accessible to the public,” he said.

“We are planning an Alert Level 2 event, where we can safely accommodate the racing industry in groups of 100 people in different parts of our facilities, with the ability to scale up if we upgrade. alert 1 without restrictions on mass gatherings, before October 19. “

He said if the region was still at Level 2, it would be the first time in 117 years that the event had failed to reach its full public capacity.

He said if a Tier 1 change was announced after October 19, there wouldn’t be enough time to prepare for a full-scale Cup Week event, as Canterbury and New Zealand know and love it.

“At this point, under the current restrictions, all hospitality packages, tickets for The Edge Public Village, Lindauer Lawn and Punters Lounge, as well as Show Day tickets for Spectators Bar have been suspended,” he said. -he explains.

“The Crossing Fashion Starts Here contest will be held online this year, with details available in mid-October.”

The IRT is the main sponsor of Tuesday’s race and manager Richard Cole has said he hopes the event will run below level 1 “so that one of the most valuable racing days in the country can be open to all New Zealanders “.

â€œWhile at Level 2, the IRT looks forward to welcoming industry participants to a safe environment and celebrating the exceptional quality of racing which is always at the forefront on the most prestigious race day of races under. harness, â€he said.

Thompson said he was hopeful he could bring “two amazing days of racing” to Canterbury, as was tradition.

“We thank you for your patience as we go through these uncertain times and we will keep you informed as the alert levels evolve,” he said.

“The Canterbury Jockey Club has chosen to delay the release of tickets for the New Zealand Cup reunion (November 6, 10, 13) from the proposed date of September 1,” he recently posted on the official site.

â€œAlthough the Canterbury area has entered Covid-19 level 2, this level, while allowing race days to unfold, excludes the presence of a large crowd.

“The club will monitor the situation and release the ticket when it is realistic to expect us to operate at Level 1 in November, as we were last season when a limit of 15,000 attended New Zealand. Cup Day. “