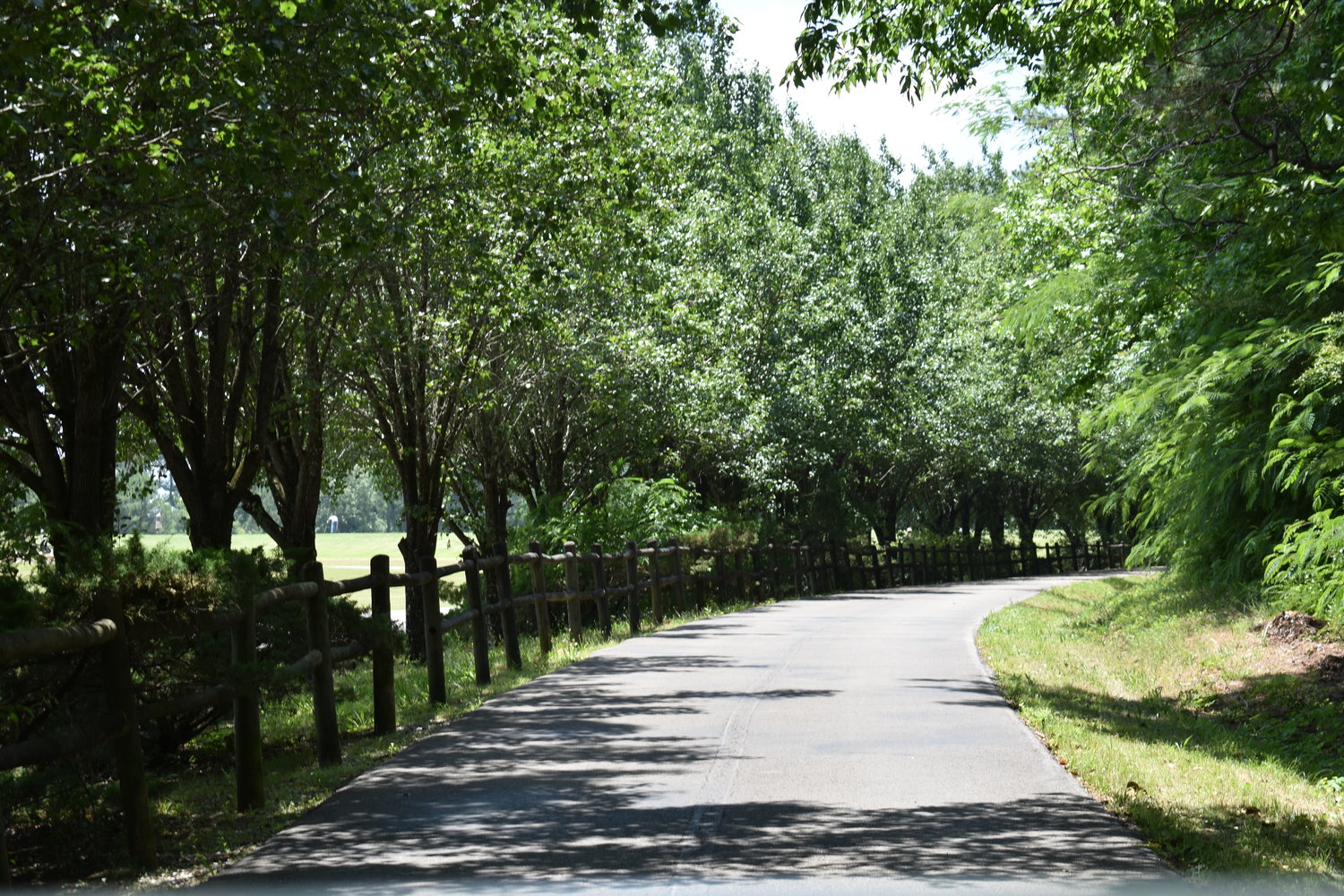 DORA – Dora City Council agreed on Thursday to accept the Recreational Trails Program grant – although much less than expected – for lights along its walking, running and biking trail, which may strain the city â€‹â€‹to leave the end of the trail off until it can find more funding.

The grant is intended to illuminate the city’s Horse Creek Trail with LED lights, although the Alabama Department of Community and Economic Affairs (ADECA) has denied earlier requests. This year, the city requested LED lighting along the entire 2.5 mile length of the Dora Walking Trail, with the potential to receive up to $ 400,000, out of a $ 2 million fund.

A 20 percent matching grant was required. The board had already approved a consideration of $ 112,460 if the full grant had been paid.

Mayor Randy Stephens told Thursday’s meeting that he had just heard that day that ADOA had awarded $ 268,755 for the project.

“The total cost to go all the way was $ 512,000,” he said, noting that he consulted engineer Robert Nelson afterwards for “rough numbers.” The construction itself would cost $ 339,000.

Stephens quoted Nelson as saying it would cost $ 390,000, after administrative and engineering costs added, to light the path between the golf course and an access point at the intersection of Sellers Road and Crest. Drive. Approximately $ 121,000 could be invested by the city as a counterpart, which would be greater than the required match.

â€œIf we paid the difference and went all the way, we’re looking at (a game of) $ 243,000,â€ he said. â€œAs much as I would love to do this, I think we have other needs that we can spend this money on. I think we could, without putting ourselves in any kind of constraint, at least go to Seller Road. the money would go this time. ”

Officials noted that the project would be tendered and prices could be higher or lower. Officials can always reject offers if they are deemed too high.

The city would likely have two years to complete the project.

Councilor Chris Edwards said Sellers Road seemed like a reasonable stopping point, given the city still has to pay for the Commerce Street bridge, which was opened to traffic the day before with minor work to be done. â€œI’m still planning on $ 120,000 to finish paying for the bridge,â€ Stephens said.

The mayor noted that the bridge, which received a grant of $ 250,000, was a slow project, as it was approved in January 2020 and work did not begin until February of this year.

This started a discussion about other projects the city needs to fund.

Stephen said the city has agreed to spend around $ 300,000 on golf carts with funds for golf courses. (The decision to use a loan or pay in full in cash will be made by the fall.) The town received a bill that day for $ 52,000 for golf mowing equipment purchased in March. .

â€œI believe we are going to have a storm shelter this year. I think we need to set aside $ 50,000 to invest in this storm shelter,â€ he said.

He said he also wanted to apply this fall for a grant from the Appalachian Regional Commission, with a 20% match, to replace a large pump near the golf course and walking track, as it supplies power. large retail companies, Dora High School and the Lockerbie Subdivision.

Stephens also wants to see improvements to Dora Lake now that the city has closed on the purchase of adjacent residential property that will allow an access road to be built from Sharon Boulevard. He said that $ 100,000 â€œcould do a lot to improve it, fit it out, build shelters and picnic tables, pavilions in that senseâ€.

Many people asked what would be done with the house, but he said officials needed more time to discuss it as the property had just closed. A tenant of the house was moving that week.

The mayor also suggested purchasing new play equipment for the city park, especially play equipment, as the amusement ride is in poor condition.

Stephens noted that if the city had secured full funding for the entire trail, the city was prepared to do so. He had shown the length of the trail to a reporter for the Daily Mountain Eagle the day before.

He said, “There are so many people who don’t even know this walking track. They don’t even know it’s here.” Others come from as far away as Cordova and West Jefferson to use it for walking and cycling, he said.

He said he took the blame for letting the signage on the trail deteriorate. â€œWe need to get our signs redone. And I want to get an ALDOT (Alabama Department of Transportation) sign on Highway 78 so people know where the trailhead is,â€ Stephens said.

Currently, there is no sign on the trail to indicate where people can park to access the trail, as the golf course can be accessed, through an entrance to the city park, to the intersection of Sellers Road and Crest Drive and at the end of the trail to the City of Lights (the old TS Boyd school).

The trail was extended at Sumiton by officials to the Bevill State Community College area for a total of 3.2 miles. A US Department of Transportation sign on the golf course indicating the start of the end of Sumiton indicates that the “Old Sumiton Rail Walking / Bike Trail” is part of the recreational trail program by ADECA and the Federal Highway Administration.

Councilor Norman Holt said the trail became “more viable when Sumiton connected to it to make it longer and better.”

â€œThe walking trail is a great asset to this town,â€ Stephens said. â€œIt’s like what I say on the golf course. It is a hidden gem. A lot of people don’t know the golf course. They do not know the footpath. They don’t know we have a lake. We can therefore inflate some of these assets that need to be renovated. ”

Councilor Hezikiah Walker proposed to start the lighting project at the other end of the track, where the City of Lights is located. â€œIt’s not as noticed as that other ending here,â€ he said, fearing that a second phase might occur at that end of the track, even if it is well used. He noted that he personally uses this end of the trail.

â€œComing 78 years old here, the majority of everything we still want to do always starts with this ending,â€ he said. “These people on the other side, in the background, at the ‘end’, when I talk to some of them, they feel neglected because nothing ever starts there. I kind of am. agree with them. We very rarely start. anything to that end, but it’s just as much a part of this trail as the beginning. ”

Stephens said that since becoming mayor in 2012, the city has done nothing to the trail except resurfacing it and repainting the structures. â€œThe reason I’m saying start here is because Sumiton already has lights. It would tie into the lighted section of their track and go as far as it can go,â€ he said.

Officials said the remaining section of the trail past Sellers Road and Crest Drive would be approximately half a mile to three-quarters of a mile.

He said the city can still contribute to the project if the funds arrive. â€œWe always say that,â€ Walker said.

Stephens said, “I hear what you are saying,” but he didn’t see a dark section in the middle of the trail if the city started at the City of Light. He didn’t feel that city officials were leaving that end of the trail behind.

Noting that this was the third fundraising attempt, Stephens said he wanted to go as far as the city could go and wanted to apply again in the next round of grants. Stephens went on to say that maintenance is always done at both ends of the trail.

Edwards said the grant application also stated that it would connect to Sumiton’s lighting. Stephens said the idea was pitched in order to potentially get additional points in the grant process.

Walker said there will always be a feeling the ending will be left behind. “This part of town is neglected because it all starts with the big side here. The people who live on that side, we have to prove to them that we think about their end as much as we do the high end,” he said.

Stephens suggested possibly putting street lights on the other end, which could be in place until another light is obtained someday. After the meeting, he said the planned federal funding of $ 175,000 for the coronavirus for Dora could be used for the rest of the trail, although more details are still being sought on the money, which did not arrive.

Councilor George Sides Jr. told the meeting that part of the decision could be determined by final and alternative offers. He added that a bid for the entire project might be less costly than the mid-term bid, as the contractors would already be in place.

Officials voted to approve acceptance of the funds offered by ADECA. Walker abstained in the vote, saying he was “on the fence,” but stressed he was not interrupting the grant.

The way we were | The Newtown Bee