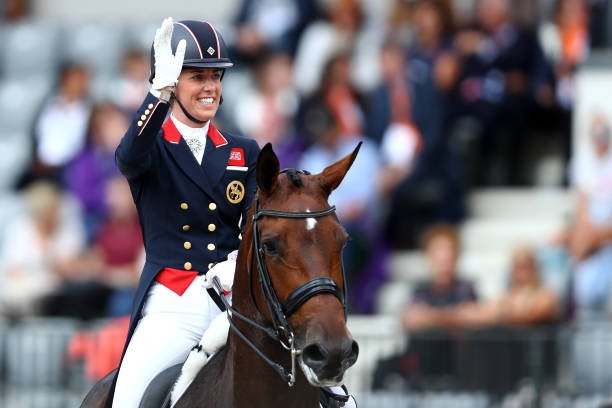 Equestrian at Tokyo Olympics 2021: All Dressage Rules and Other Details

The Tokyo Olympics 2021 features an excellent equestrian field. The competition with the most eyes on it will be dressage, the most formal of the equestrian competitions. With the mighty US, French and German teams returning to the field, let’s analyze the rules of this amazing competition.

Dressage returns at the Tokyo Olympics 2021

Dressage is the art of riding and training a horse in a manner to perfect its obedience, flexibility and balance. At the Olympic level, this is the most formal sport. We’ve seen many illustrious names grace this sport, from Isabell Werth from Germany to Britain’s Charlotte Dujardin.

This sport has a worldwide reach and entered the Olympic arena in 2012. It’s popularity even led to the Paralympics introducing para-dressage as a sport. Aside from the Olympics, dressage competitions take place across the world, organized by the FEI, or International Federation for Equestrian.

In terms of outfits, the FEI approves white or pale-colored breeches, a white shirt and stock tie, topped off with a common dressage jacket. Gloves are a must, as are tall boots.

At the Tokyo Olympics 2021, nations like the USA, Germany, Britain, France and Australia field some of the best dressage athletes of the current generation. We’re in for one hell of a competition with the German team fielding the # 1 and # 2 ranked athletes in their squad. Despite that, the likes of Dujardin, Steffen Peters and Mary Hanna would want to bring home the gold.

Structure of dressage at the Tokyo Olympics 2021

Given the meaning of the term dressage, the rules revolve around the precision, obedience and balance of a horse. Judging in dressage is extremely subjective and points with points allotted to the horse and rider. Unlike rounds in a boxing match, two halves in soccer or an innings in cricket, dressage has tests which increase in difficulty.

The FEI approves tests for higher-level competitions, including the Olympics. It takes place in a 60 x 20m arena and begins with the Grand prix. The Grand prix features nations competing in combinations of four competing for gold, silver and bronze. Nations without a full team can send a maximum of two riders to the Olympics for the individual competition.

Before we get to scoring, let’s look at the tests each athlete and horse combination has to perfect before the Olympics. Theses tests are; walk, trot, and canter. Under each test is a set of movements which the judges score based on the execution. These are piaffe, passage, pirouette and half pass.

Piaffe is at calm, composed, collected, and elevated trot in place. Passage is a very collected trot, in which the horse has a great elevation of stride and seems to pause between each stride. Pirouette is 360-degree turn in place, usually performed at the canter. Half pass is a movement where the horse goes on a diagonal, moving sideways and forward while bent slightly towards the direction in which it’s heading.

Seven judges approved by the Olympic committee and FEI will judge the combinations from one to ten, ten being the highest. Although lately, the FEI has pushed for scores to be within 0.5 to 9.5. The athlete performs their own sets to their own music in the Grand prix freestyle, which makes the scoring extremely subjective and not relative to other’s performances.

Equestrian sports at the Tokyo 2021 Olympics: all eventing rules and other details