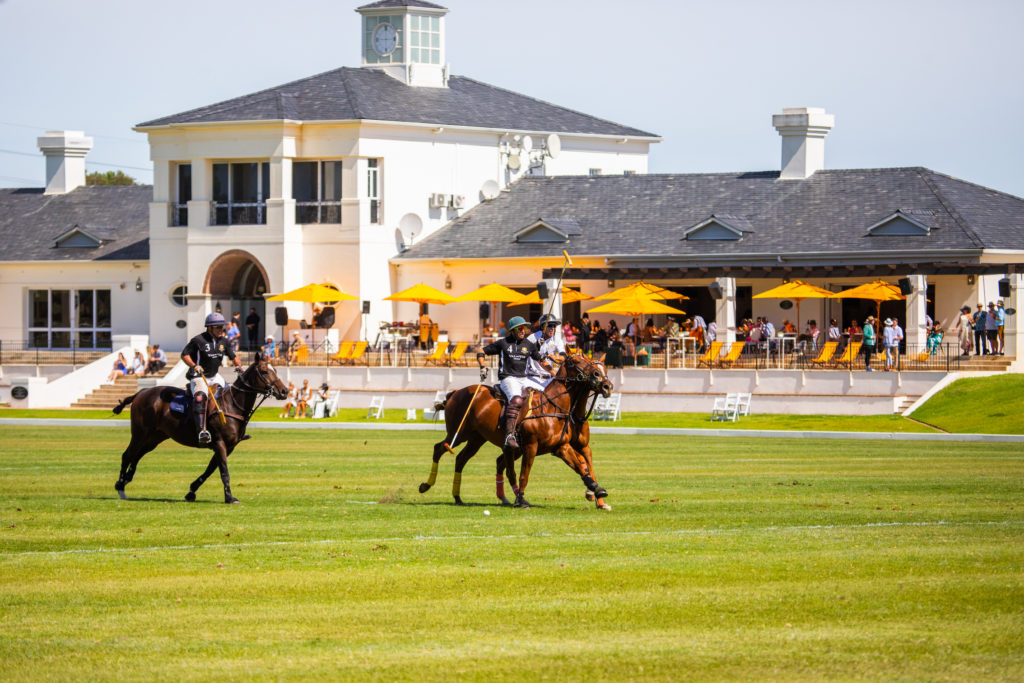 Often referred to as the “sport of kings”, polo is often associated with social privilege and the elite. It is one of the most expensive sports to practice, given the need for perfectly trained horses, a large playing field and the many years of training that the riders – who are obviously very skilled – need to reach the type of fitness that game demands.

The drama of this one, however, is undeniable. With just four players per team, plus two referees mounted on horses, the efforts – which often escalate into full-scale galloping and jaw-dropping skill with a wooden mallet brandished in one hand – are breathtaking. In fact, just watching the action as players run around the field chasing a small ball can be quite exhausting. Not only do you have to keep a close eye on the ball to know which team has the upper hand at all times, but from the touchline it’s possible to hear the couriers’ deep, harsh breathing as they rush to the pursuit.

The action, which consists of a series of seven-minute chukkas, can be intense. Players obviously need to be not only adept in the saddle, but incredibly confident in their ability to almost unconsciously communicate with their horses, and be quite dexterous in their handling of the ball, which is hit with alarming precision and great force with nothing. but the short end of a mallet. While hammering the turf at high speed.

Currently in progress on the equestrian domain of Domaine Val de Vie is the Veuve Clicquot Polo Brunch Series, taking place over four Sundays this summer.

Brunches are a wonderful day in the vineyards, with polo matches played against a backdrop of jagged mountains and the vastness of the Val de Vie estate stretching out in every direction. As much as the events are centered around polo, these gatherings aren’t exclusively about equestrian action. Attendees are also in for the delicious cuisine served at the estate’s Pavillon Polo, where a selection of breakfast and lunch dishes are on offer, served at a languid pace accompanied by glasses of Veuve Clicquot Yellow Label.

Between courses, there’s plenty of space to mingle, explore, and squeeze into one of the lounge chairs along the court for a closer look at play. For some, it’s a chance to display a little fashion sense, diving into the wardrobe for something special to wear on an unusual day. Hats are advised as it is usually a sunny midday outing, and one tip is to avoid high heels in case you want to cross the lawn to get a closer look at the ponies.

You might come across South African Olympian Ryk Neethling and you might be asked to throw the polo ball at the start of a match. And even if you don’t know anything about polo, there are a few experts on hand happy to explain the curious rules and fill you in on the finer points of polo culture. It is a curious fact, for example, that you can identify umpires by the fact that their horses’ tails are left free. The tails of the players’ horses are braided tightly just before they enter the field – apparently having their tails tied in this way motivates them for the game.

If you want to let go of some knowledge, know that polo originated as a kind of war game among nomadic Persians and Turks as early as the 6th century BC – the game served as a form of cavalry training for troops.

It’s also worth noting that even though the horses are called polo ponies, they really are full-sized horses and, as you’ll witness in Val de Vie, they often ride like the wind, reaching tremendous speeds. And since horses are regularly changed between chukkas, you might want to check out how riders sometimes jump straight from horse to horse without dismounting.

If you have a serious interest, it’s a good idea to bring binoculars to follow the action more closely – the ball is small and the terrain is large and it’s easy to get distracted by the surrounding scenery (without talking about the bubbles and the food on your table). Finally, it is also worth knowing that although it can be called the sport of kings, women play it too.

While the dress code for brunches is “vintage polo chic”, it’s a theme that’s open to interpretation – the idea is to arrive in the mood to mingle, relax and soak up a great day.

The last two events of the Veuve Clicquot Polo Brunch Series take place on March 6 and April 24. Customers choose between a three-course brunch with a glass of champagne (R495) and a brunch with unlimited unlimited champagne (R1,495). The first chukka of the first match begins at 10 a.m. and diners can enjoy the meal at their own pace.