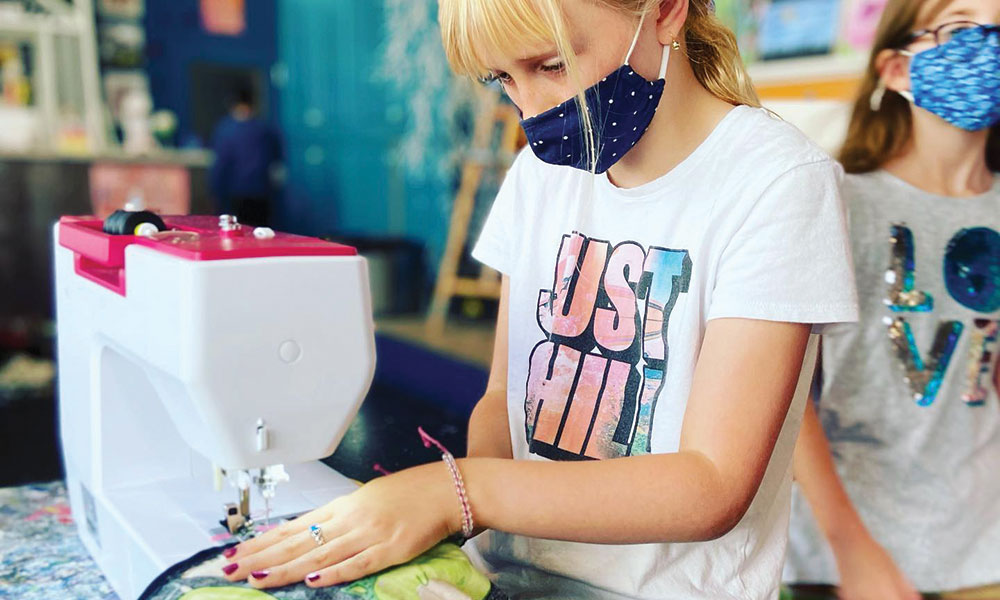 Saratoga Springs is known for many things: horse racing, performing arts, history…the list goes on. But fashion design? Not really. Sure, we have Staci Snider, Saratoga’s resident high-end design guru, but beyond her Congress Street boutique, not much clothing is made here in the spa town.

In a few years, that could all change, thanks to the efforts of Arlene Kay, owner of Buffalo-based Fashion Lab NY, which teaches kids, teens, and adults about the art, science, and business of fashion. . Last year, Kay hosted two week-long fashion camps for kids ages 8-12 at Saratoga Paint & Sip Studio, and plans to return to Saratoga for two more camps this summer. “Campers become designers for a week,” says Kay, whose son lives in Saratoga. “We teach them how designers get inspired, how to create mood boards, how to create fashion illustrations, how to design a collection, and then ultimately they learn how to sew.” At the end of the week, campers present bags, hair accessories and shorts or skirts, which they have created themselves, at a fashion show organized for family and friends.

“The camp not only teaches kids sewing and the path to becoming a fashion designer, it teaches them great skills,” says Kay. “Sewing is math, sewing is reading, sewing is patience, coordination.” And so a decade or two later, when these campers reach adulthood, what will Saratoga be known for? Horse racing, performing arts, history…and maybe, maybe, its edgy, local fashion scene.

Natalie Moore is the Content Director of Living in Saratoga and Living in the Capital Region.

Paris Vacation Dress Tips | How to dress in Paris