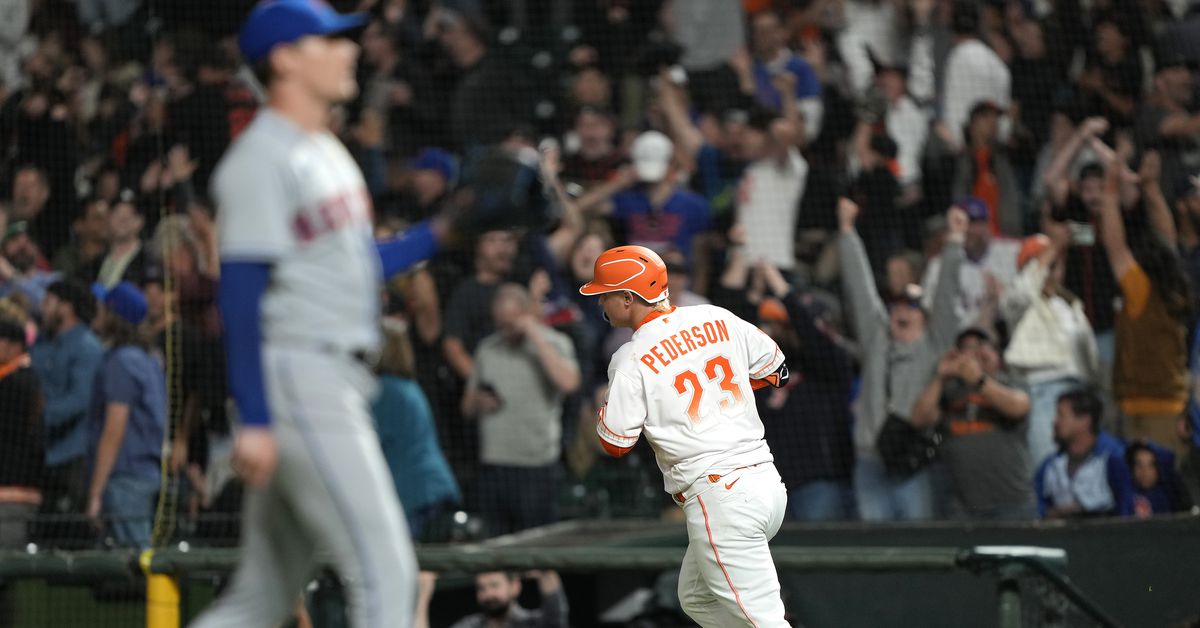 In a game that defied any semblance of logic, baseball or otherwise, the Mets fell to the Giants 13-12 in walkoff fashion. Down six, the Mets rallied to take the lead with a seven-point eighth, blew that lead, regained the lead in ninth, then lost in fashion. Joc Pederson had three home runs and eight RBIs, with the two teams combined for thirty-seven (37) hits, and literally nothing that happened in the last two innings made sense.

Summarizing this game in just two paragraphs for a final score at two a.m. EST is like getting a horse drunk, dividing by zero, or finding a Met fan who doesn’t hate the team at a certain level. Here is some relevant information; Chris Bassitt was bad and didn’t come out of fifth; Francisco Lindor completed a shy double of the cycle and drove in six; Dominic Smith tripled; Buck Showalter made a managerial decision that most likely cost the Mets the game. If you want a narrative structure that tries to tie these ideas together in a cohesive way, you’ll have to wait for the full recap.

One way or another, the Mets and Giants will have to get their collective jaws off the field and play another game tomorrow afternoon. Thomas Szapucki is set to start for the Mets, along with Jakob Junis for San Francisco. Let’s all pray that the game will be a little more understandable.

A life of his own