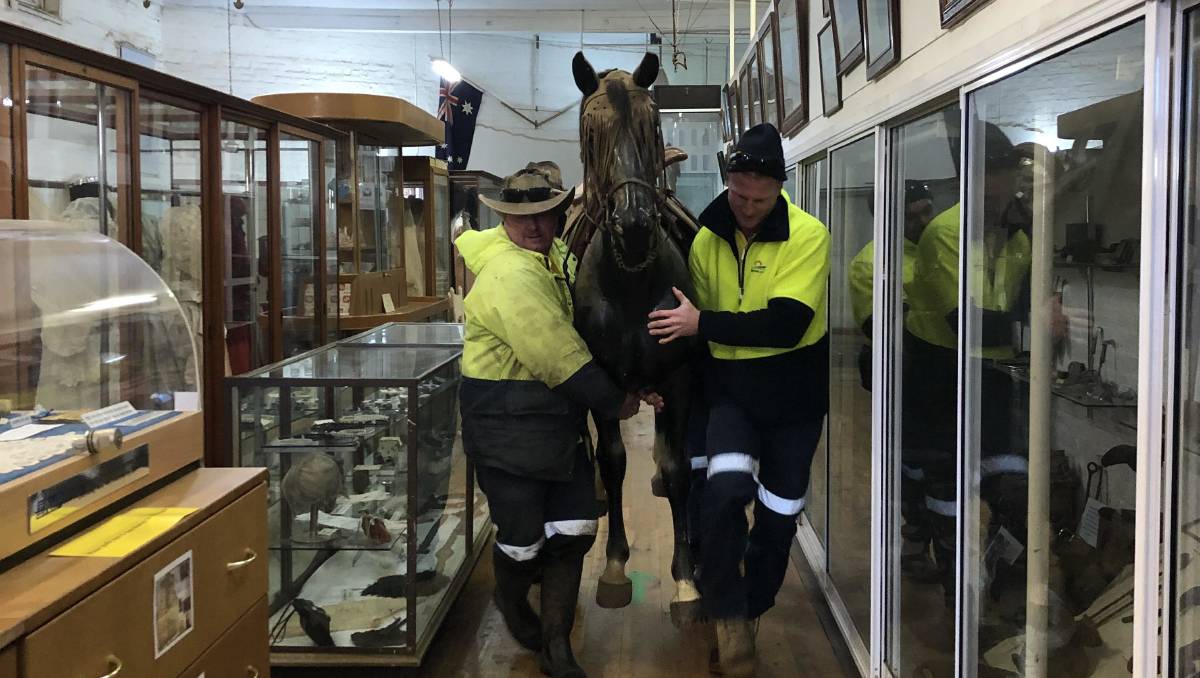 When the Forbes Advocate office closed last year, we were very fortunate that much of their printing equipment, office furniture, and many photographs were donated to the Forbes Historical Society.

These are now on display at the Cross Street Museum.

The Forbes lawyer was first published on December 1, 1911 by two brothers Anthony and George Brownhill from an office on Lachlan Street.

It was a bi-weekly publication available on Tuesdays and Fridays for the cost of three pence.

After World War I, the scarcity and price of paper increased dramatically. In order to reduce the costs of running the newspaper, the Forbes Advocate incorporated the Forbes Times on March 31, 1920, eliminating a competitor.

In 1927 the Brownhill brothers sold to the Western Newspaper Company and for a brief period the newspaper ran three times a week for two pence on Mondays, Wednesdays and Fridays.

In 1928, the Taylor brothers, Jack and Garner (Barney) moved to Forbes to print the first issue of the Western Sun newspaper.

They brought with them the first automatic printing press which was the first of its kind in the NSW country.

However, the depression of the 1930s made life difficult for the three Forbes newspapers; the Lawyer, the Advertiser and the Western Sun. Therefore, they merged to form a newspaper, the Forbes Advocate run by the Taylor brothers.

At that time, the printing of the newspaper was done entirely in Forbes and published every two weeks.

When the Advocate was bought out by Sydney mogul Kerry Packer in the late 1970s, he was involved in the practice of large media organizations of taking over smaller newspapers.

This, along with technological advancements and the centralization of production, has resulted in the shift of printing to larger centers such as Orange and Dubbo.

Since the Advocate became the property of Macquarie Publications, Rural Press, Fairfax and Nine, the Advocate is today one of 160 regional publications managed by Australian Community Media (ACM).

The newspaper is now published once a week on Thursdays and printed in Tamworth.

In order to display the Forbes Advocate equipment and memorabilia, it was necessary to move other ancient Forbes artifacts.

One of them was a life-size wooden horse that needed to be moved to a place where it could be seen more easily.

This horse was used at John Meagher & Co, a well-known Forbes department store, as part of a display of saddles and other riding equipment.

It is reported that as a flood approached the city, the large, heavy horse was carried up the stairs that were in the middle of the store – which is no small feat. The store was where K-Hub is now located.

The movement of the horse to its current position in the museum was skillfully carried out by a gallant number of strongmen from the Forbes Council, who volunteered for the task.

We at the museum really appreciated their effort.

Other artifacts that had to be moved were the large number of drugstore bottles that were generously donated to the museum by the various drugstores that have existed in Forbes over the years.

Many medicine bottles are colored glass, while others carry Forbes labels. These are now displayed in the medical room, along with many other medical equipment.

The museum’s exhibits are constantly refreshed and modified to allow us to tell the fascinating and diverse story of Forbes and the people who once lived here.