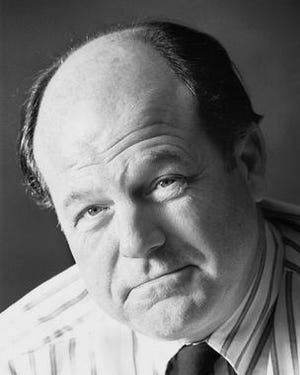 She was always somewhat in the shadow of her flamboyant husband and the other outspoken rulers of a border state capital. Hannah Neil didn’t take offense at any of this, but instead turned her attention to the tasks that needed to be completed in her hometown.

She was later called a “ministering angel” by a close relative. She was just that and probably a little more.

Hannah Schwing was born in Virginia in 1794. She moved with her family to Kentucky when she was 6 years old. At the age of 22, she married William Neil of Clark County, Kentucky. Young “Billy Neil” was a man of unstoppable energy and endless ambition. Quiet Hannah Neil became the peaceful counterpoint to the Neil family.

The Neils arrived in Columbus in 1818 after a brief stay in Urbana. William Neil was hired to be an employee of a new bank. But he also quickly developed other interests. Building a two-story log house on the High Street, directly across from the Statehouse, he opened a tavern.

While Billy Neil was busy with it all, Hannah Neil had been too. Many years later, her granddaughter, Lucy Neil Williams, remembers Hannah Neil.

“The old farm, where the Agricultural College is today, has always been held with doors wide open in true Kentucky hospitable style. I have often heard of the many sleigh evenings of young people who arrived unexpectedly and the cheerful moments they had, but it was among the poor that his life had passed, and that we remembered ‘her and that we were thinking of her.

“I remember the old house with its wide halls, large open log fireplaces, tall brass wings and heavy old mahogany furniture, and it seems a pity that its fate was to be destroyed by fire, thus removing one of the old Benchmarks …

“The Hannah Neil Mission (founded 1855), which bears her name, is a home for friendless women and children, to whom her heart has always been open. She was one of the founders of the Female Benevolent Society (in 1839). I remember seeing my grandmother giving away all the dresses except the black silk for the wardrobe, and protesting with her on a cold day, for even taking off a heavy padded skirt that she was wearing and wearing herself. separate from his feather bed to give some poor woman.

“Very often in the fall, she would stock up on groceries and pack pork, sausages and hams in barrels, to distribute to the poor in winter. His old horse, Billy, was by far the most comfortable among the “paths and hedges”, and always wanted to turn down an alley where he spent so much time, while my dear grandmother, like an angel in service , was in a poor person’s house, always in a good mood and making everyone around her happy.

“Her true Christian spirit always manifested in her gentle face, and I almost used to imagine sometimes, as I looked at her, that I would see a light shining around her. Her whole life has been devoted to doing good, to working among the poor and in her church.

“She died on March 13, 1868 of pneumonia. She passed away quietly and appeared to have fallen into a sweet and peaceful sleep. As the funeral procession left the church, I remember the crowds of poor people who, their faces covered with tears, and lining the streets on either side (since the church could not contain them all), had come to pay the last. homage of love and respect. to someone who had been a dear and faithful friend to them.

His children sold the old farm north of town to the new Ohio Agricultural and Mechanical College – which now, of course, is known as Ohio State University. They laid out a trendy residential development in the heights and ravines east of High Street across from campus, with streets named for Civil War battles in places called Indianola and Iuka.

According to the Ohio History Connection, the Hannah Neil Mission is “now known as the Hannah Neil Center for Children (and) provides specialist counseling services to young people.” It is located in South Columbus as a program of the Starr Commonwealth Schools.

Hannah and William Neil are in the family plot at Green Lawn Cemetery.

Local historian and author Ed Lentz writes the column As It Were for This week’s community news and The Dispatch.