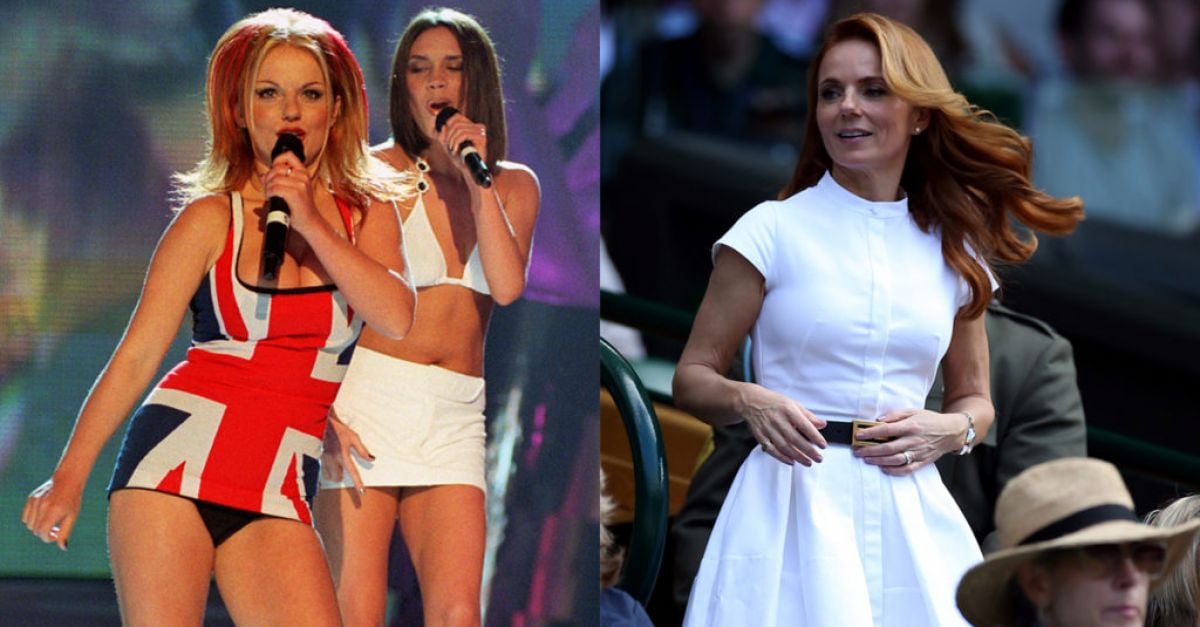 Bursting onto the pop scene in 1994 as the fifth of the Spice Girls, Geri Horner (née Halliwell) has been in the spotlight for over 25 years.

Meanwhile, the showbiz star – who turns 50 on August 6 – has been a veritable fashion chameleon, often switching up her style to suit her career and personal life.

To mark this milestone anniversary, we look back on her remarkable evolution in clothing…

Taking the pop world by storm in the mid-1990s – alongside Spice Girls bandmates Melanie Brown, Melanie Chisholm, Emma Bunton and Victoria Beckham – Horner was given the nickname “Ginger Spice” in honor of her fiery red hair.

The 20-something pop star was all about attention-grabbing outfits, often sporting the brightest and loudest ensembles of the bunch.

Her most iconic Spice Girls look is undoubtedly the extremely short Union Jack mini dress she donned to perform at the 1997 Brit Awards, paired with bright red platform boots.

To widespread shock, Horner left the phenomenally successful girl group in 1998 and quickly set about reinventing herself.

Showing off a sleek new look later that same year, she sang happy birthday to Britain’s Prince Charles on his 50th birthday, wearing a stunning strapless midnight blue dress with a huge skirt.

Embarking on a solo pop career, the singer formerly known as Ginger Spice embraced all the biggest trends of the 2000s, including halter tops, low-rise jeans and mini kilts.

Swapping out her bright red hair for honey blonde streaks, the pop star’s off-duty style was decidedly more demure, and on the red carpet, she favored glamorous, body-hugging dresses.

In 2007, the Spice Girls announced that they would be reforming. Horner, who had given birth to her first child, Bluebell Madonna, the previous year, looked somewhat out of place during the reunion photocall, wearing a flowing white maxi dress – while the other members chose bold black and red outfits.

Horner’s style continued to evolve in the 2010s and she experimented with the blonde and bronzed baby look.

The Spice Girls returned to center stage once again with their epic performance at the closing ceremony of the London 2012 Olympic Games. Ginger Spice recalled her iconic British look in a red mini dress, with the bustle of the Union flag.

In 2015, she chose British designer Phillipa Lepley to create the lace-trimmed wedding dress for her wedding to Red Bull Formula 1 boss Christian Horner.

These days, Horner will wear any color…as long as it’s white. Or cream. Or ivory. Rarely depicted in anything other than these pale hues, Horner has found her fashion groove, and it’s a far cry from her Spice Girls style.

The mom-of-two (she gave birth to son Montague in 2017) is all about luxe loungewear, flowy blouses, swishy skirts and white jodphurs (the longtime riding enthusiast owns several horses).