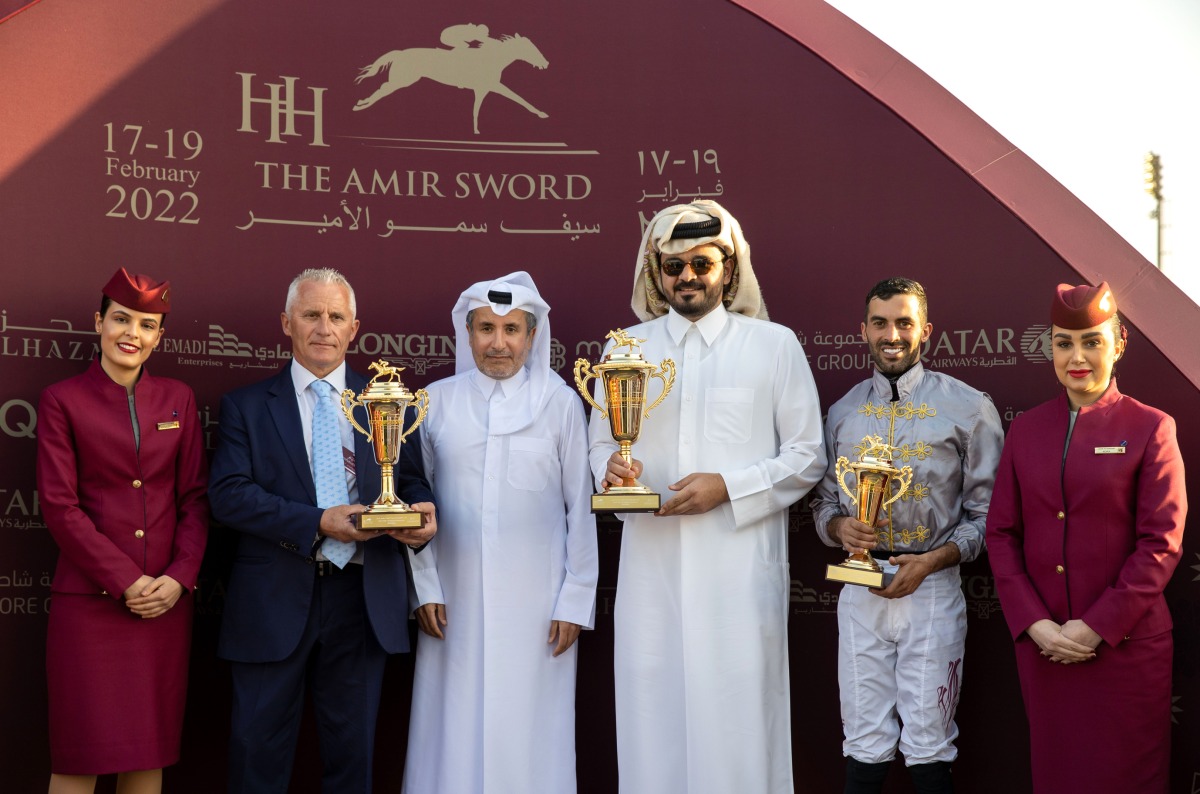 When Markhor, guided by Anas Al Seyabi, dominated the back straight to quickly take the lead, Pao Alto was in the middle of the field preparing for a push in the final stages of the 1600m race.
Wertheimer & Frere’s Pao Alto gelding then picked up the pace in the second half of the race and was involved in a thrilling duel with Pretreville, who was ridden by Ronan Whelan.

Pretreville, however, couldn’t keep pace with Pao Alto, trained by Christophe Ferland, who took a clear lead in the final 200 metres. The five-year-old continued on the same pace to claim a clear 1.75-length win and $114,000 for his team.

Pretreville had to settle for second while San Andreas, guided by Dylan Browne McMonagle, finished third in the race.

The Purebred Arabian Sprint Cup was won by Al Sij Al Sakab of the Al Sakab Stud, who won a half-length with jockey Tomas Lukasek. The race also offered $100,000, with winners receiving $57,000.

Earlier, Bab Al Rayyan of Abdulatif Hussain Al Emadi scored a double as he won the local 1400m Thoroughbreds Trophy, giving the first win of the day to jockey Guyon.

The opening race of day two of the prestigious festival was won by Blue Star, with Ronan Thomas in the saddle, as they paired up to win the Local Purebred Arabian Graduation Cup, followed by victory for Althagab and the jockey Pranil Arvind Kharat in the Arabian Maiden Purebred Cup.

Meanwhile, QREC Public Relations and External Communications Manager Imran Muhammad Darwish expressed his delight at the huge turnout from fans, who are enjoying lots of fun activities besides watching the heart-pounding action.

“HH The Amir Sword Festival has attracted a good number of fans and it is proving to be a huge success as always. The final day will feature top contenders and all the races are sure to be exciting,” he said.

Today, the prestigious three-day festival will come to a close with the highly anticipated HH The Amir Sword Race, which will see the top entrants in action.

Ebraz, who scored a hat-trick in winning the 2020 edition, and defending champion Mon’nia are also among the contenders in the $1million race.

The headline event will be the eighth race on the final day of the three-day festival.