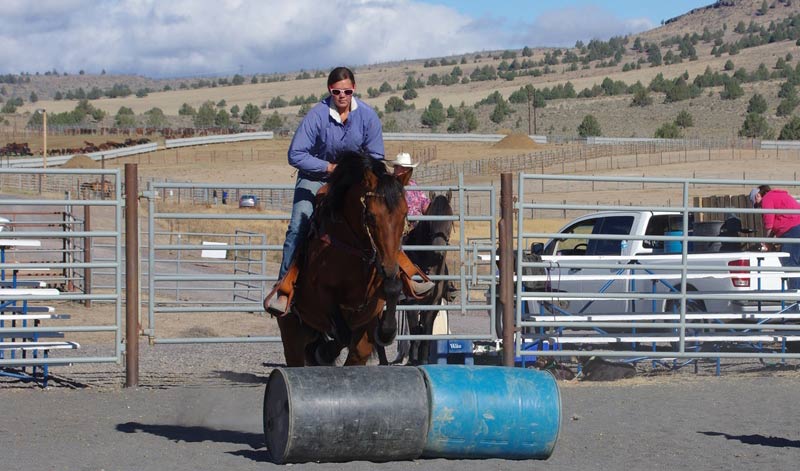 The authors painted a disturbing picture of sports and recreation, finding that the risk of injury requiring hospitalization is higher for horseback riding than for other potentially risky hobbies such as football, motor racing. or skiing.

While the most common injury site was the chest, head and neck injuries were the most fatal, according to the results.

However, relatively little is known about the prevalence and consequences of injuries sustained while riding.

The study team, led by trauma surgeon Dr Jeffrey Skubic, a trauma surgeon from DHR Health in Texas, relied on data provided by Level 1 and 2 trauma centers to the US National Trauma Data Bank. on injuries sustained by adults while riding between 2007 and 2016.

Details of 45,671 patients with equestrian injuries were retrieved for this period. However, information was incomplete for 20,880 of the injuries, leaving 24,791 for inclusion in the study analysis.

The average age of the injured was 47, with almost equal proportions of men and women.

Severe neurological lesions, ranked by a Glasgow Scale (GCS) score of 3 to 8, were observed in 888 patients, representing 3.5% of injuries analyzed in the study. The clinical scale is used to reliably measure a person’s level of consciousness after brain injury. It varies from 3 to 15.

In this group, head and neck injuries were the most likely cause, occurring in 706 patients. Moderate impairment (a score of 9 to 12) occurred in only 258 injury cases (1%).

The average length of hospital stay was 4.5 days, with an average of 4 days spent in intensive care and 6 days on a ventilator.

Some 14,096 patients, or 57%, returned home without the need for additional health services, while 7% were transferred to rehab or a skilled nursing facility.

Some 320 people died of their injuries during the study period, with head and neck injuries being the leading cause of death in three out of four cases. Only 2% of those who died had suffered injuries to the arms or legs.

If patients arrived at the emergency room with systolic blood pressure below 90 mm Hg, they were 23 times more likely to die than patients with a higher reading.

The researchers, reporting in the journal Trauma surgery and acute care Open, concluded that equestrian sports injuries are an often overlooked public health problem. The results, taken together, suggest that the dangers of equestrian activities have been severely underestimated.

â€œWhen controlled for hours of activity, horseback riding resulted in a higher proportion of hospitalizations than other higher risk activities such as skiing. “

Protective gear can save lives, but is not always worn, they noted.

â€œStudies have shown that a large proportion of riders involved in equestrian injuries were not wearing helmets at the time of their accident. It stands to reason that raising awareness of possible injuries and increasing preventive measures to protect against head injuries would significantly reduce mortality. “

They add: â€œIt is interesting that the risk of admission to hospital from horseback riding is higher than football, car and motorcycle racing, and skiing.

â€œRecently,â€ they continued, â€œequestrian sports agencies have paid some attention to the use of protective equipment to prevent injuries, especially with regard to concussions and brain injuries; however, very few public health campaigns have focused on preventing injury to riders using horses for recreation and work.

â€œThis contrasts sharply with the popularity of riding these animals,â€ they said.

Horseback riding is immensely popular among Americans, they noted, â€œWe suggest that preventative measures and campaigns be instituted to highlight safety practices. Implementing the consistent use of personal protective equipment, such as helmets and vests, will provide additional protection for all riders (work or leisure) on horseback.

The researchers said it is also imperative that medical professionals examine patients injured during horseback riding for head and neck injuries, as they contribute to the highest mortality.

The authors noted that little work has been done to quantify the true costs of equestrian injuries. â€œAlthough the overall death toll is low, previous work has shown that the costs of long-term rehabilitation to treat these injuries can be high. Further investigation into the true financial burden of these injuries is warranted, they said.

Discussing their findings, they noted that the demographics of the study revealed that men and women were injured at the same rate.

â€œThis flies in the face of several studies which have claimed that women injure themselves more often in equestrian sports-related injuries. This finding would suggest that both sexes are susceptible to injury and that current prevention efforts should focus on both sexes. “

Skubic was joined in the study by Kevin Mutore, Jiyun Lim, and Demba Fofana, all of the University of Texas Rio Grande Valley; and Annelyn Torres-Reveron, Center of Excellence for Trauma Research in the Border Region, part of the DHR Health Institute for Research and Development.

The study, published under a Creative Commons License, can be read here.

The most iconic fashion moments in racing history