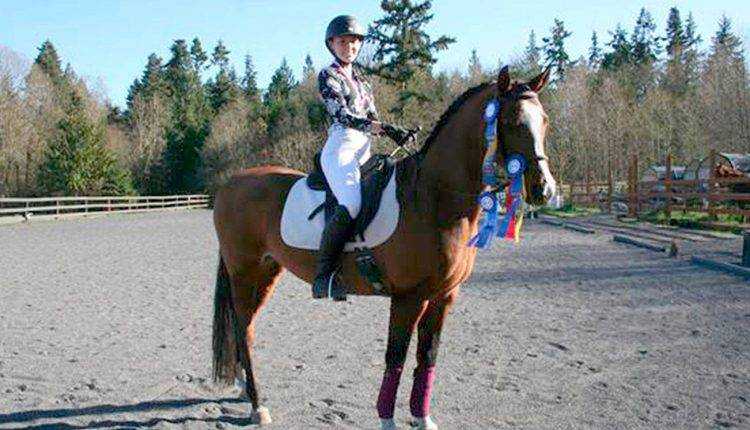 HORSEPLAY: Senior Jefferson makes it to the Interscholastic Equestrian Association final in his first season

AT ITS INTERSCHOLASTIC The Equestrian Association’s (IEA) regional competition in April, Jefferson County rider Emily Kilgore placed first in her two classes, racking up points to break the tie, earning her a spot on the week -end next to the IEA National Final Competition.

Christine Headley, trainer for Heron Pond Farm, said the high school student joined the IEA last fall with the goal of competing at the National Championships, and since then she has worked hard to improve her riding skills while s ‘striving to have the correct body position in dressage competitions, as well as to ride as many horses as possible to participate in the regional competition.

Now she’s thrilled to see Kilgore’s harsh word pay off as she competes in the IEA National Dressage Finals held in Tyler, TX on May 15-16.

â€œWe’re all very excited for her and will be cheering her on from home,â€ Headley said.

Kilgore said she could not have qualified for the national championships without “Headley’s incredible coaching and support”.

The IEA is for students in Grades 4 to 12 who wish to develop their competitive riding skills in a team environment in three disciplines: Hunt Seat, Western and Dressage. Riders don’t even need to own a horse or horse equipment – like a saddle or bridle – to participate.

The IEA differs from other youth equestrian organizations because riders do not ride their own horses in competitions; they ride horses furnished by the host barn, eliminating the need to own a horse trailer and / or find someone to transport it for you to events. Ditto with the practices.

Just before a competitive event, the rider draws from a hat the name of the horse he will be riding. Limited schooling with the horse is permitted just before the event. We feel that this equalizes the variables of the competition and tests the riding of the competitors.

To qualify for the regional competition, the student must accumulate at least 15 points during the season. First place is seven points, second place is five points and third place is three points.

Emily has 29 points for the national championships.

â€œOne of the benefits of this organization is that you don’t have to own a horse, which makes it more accessible to children,â€ Headley said.

At the National Championships in Texas, Kilgore will be able to fly for competition without worrying about transporting his horse.

Kilgore first heard about the IEA through Headley’s Facebook posts and comments with her childhood friend and Pony Club teammate Kim Barber, urging her to create a team at Heron Pond Farm. Barber’s team is the Creidmount Saddle Club, based in Bellingham; she is also regional zone president.

Headley had thought about forming her own team, but she already had her hands full with an active young son, horses to train and lessons to teach, and her own Pony Club to run.

Kilgore saw the messages, contacted Barber directly, then approached Headley at the start of the season and said, “I’m going to join the IEA this year, and I’m going to try to qualify for the nationals.”

Oh, wow, that’s a pretty high goal for someone new to the IEA, Headley thought. And yet, “here we are,” Headley said. “She is qualified for the nationals.”

This is a testament to the strength with which Kilgore worked and focused on achieving his goal.

â€œIt’s really cool because she ended up being a flagship driver for her team. Basically, for a team to qualify, you have to score the most points at the regional level. Before Emily’s two lessons, her team and another team were tied. By winning both classes, Emily broke the tie which qualified her entire team for the national championships, â€said Headley.

â€œSo the five of us are going to go to Texas,â€ Kilgore said.

â€œI’m not sure, but I think she is the first Jefferson County rider to be a member of the IEA. But I know she’s the first to compete at the national championships, â€Headley said proudly.

â€œI train with Christine full time here and then every two months I go to Bellingham for a group lesson with the team, and I go to the competitions that the team hosts,â€ said Kilgore.

â€œEveryone shows up and jump on a horse,â€ Kilgore said. â€œWhen we have a show in Bellingham my trainer will post the event on Facebook asking the equestrian community if anyone has a horse available for competition. Kimberly will then speak with the owner and check on the horse. ”

Owners who want their horse to experience different riders and in different performance venues respond to the invitation. The owner then specifies which type of rider will best suit his horse, for example a beginner, intermediate or advanced rider.

It really tests the skills of the rider to compete on different horses to see how well they adapt and handle.

â€œYou just have to go into the ring and see the horse as you go,â€ said Kilgore, adding that she loved the challenge.

â€œI hope next season I will have more riders from my barn to join the IEA,â€ Headley said.

â€œI think it would be fun to get more pull from Jefferson County,â€ Kilgore said.

It’s heartwarming to see a kind, success-oriented girl succeed. I will be among those to cheer her on at national championships and elsewhere as she pursues her dreams.

To learn more about the IEA, visit www.rideiea.org.

Karen griffithsPeninsula Horseplay appears on the second and fourth Sunday of each month.

If you would like to register an equestrian event, clinic or seminar, please email Griffiths at [emailÂ protected] at least two weeks in advance. You can also call him at 360-460-6299.