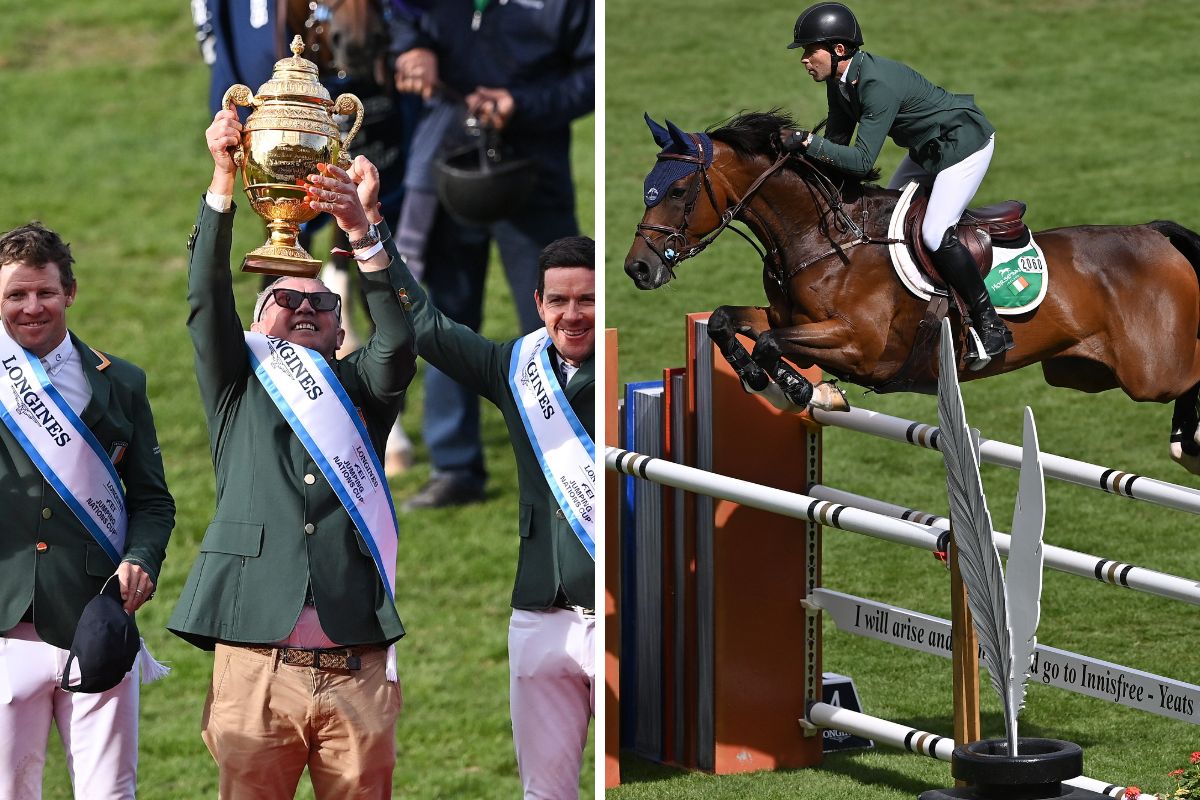 TEAM Ireland have won the Aga Khan Trophy after beating France in a tense play-off at the RDS this afternoon.

The victory marks Ireland’s first in the competition since 2015.

Conor Swail on Count Me clinched victory in the Nations Cup event, after Cian O’Connor and his horse Kilkenny forced a head-to-head play-off against the French team.

Marc Dilasser of France clocked 31.81 seconds after a clear round.

But it had to be for France as Swail and Count Me In clocked an impressive time of 30.31 to clinch victory for the Irish team.

Ireland last won the event in 2015, ending a seven-year wait as team leader.

Michael Blake and his riders hope to qualify for the Longines FEI Nations Cup final after the victory.

The season finale takes place in Barcelona, ​​Spain at the end of September.

Just last week, Ireland booked a place at the 2024 Olympics in Paris after finishing fourth at the ECCO FEI World Championships in Herning.

Blake said: “We are delighted to take an Olympic qualification spot at the very first opportunity as it now gives us two full years to prepare for the Games.”