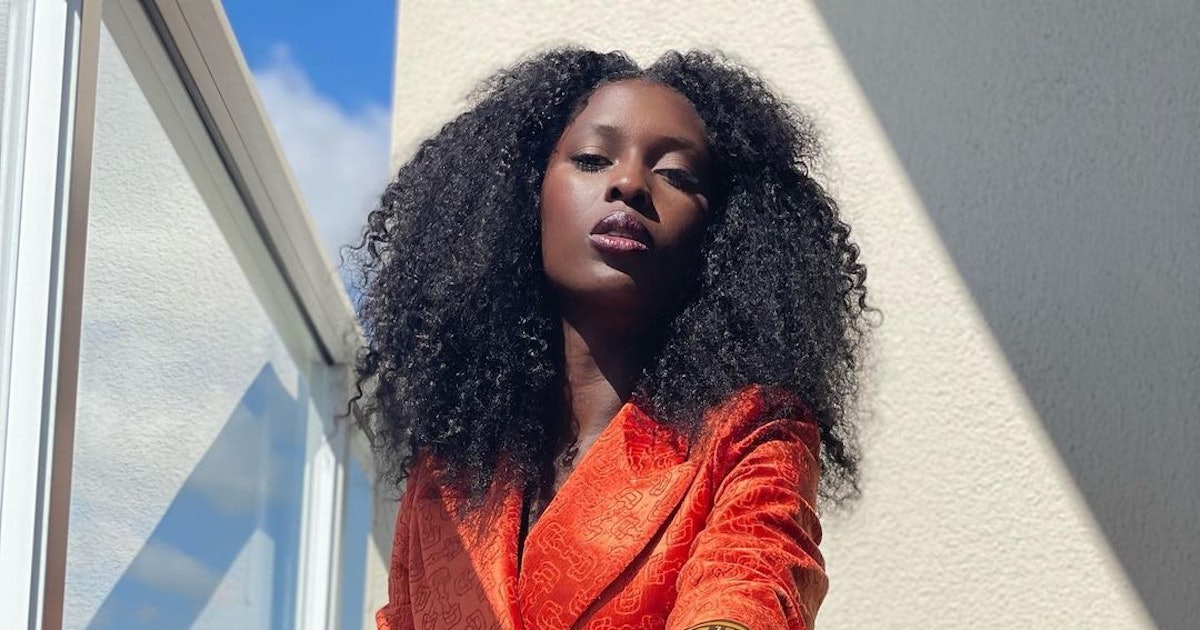 Why wear one Gucci look when you can wear two? That was Gucci fan Jodie Turner-Smith’s reasoning when promoting her film, After Yang at the Sundance Film Festival last week. Since this year’s Sundance has gone entirely virtual, we haven’t been able to see Turner-Smith’s full looks for the event, though she did share a preview on Instagram. The actress posted a carousel, showing off two of her looks, both in bright colors.

The turquoise and red color-block top from Turner-Smith’s debut look immediately grabs attention. It’s actually a dress from the Gucci Fall 2021 Aria collection, and also features a pink midi skirt, although the lower part is not visible in Turner-Smith’s photo. The actress accessorized the look with bold Gucci jewelry, but kept her makeup bare so it wouldn’t clash with the colorful outfit.

Turner-Smith has actually worn a piece from this same Gucci collection before, while promoting After Yang at the Cannes Film Festival in July. It’s clear the actress loves the collection and is intrigued by the overall equestrian aesthetic it tackles.

But the color didn’t end with this dress, it continued into an orange velvet double-breasted blazer, which Turner-Smith showed off in that same Instagram post. This time we got to see more of the actress’ look, and the beige capris and white horsebit sandals she teamed with the jacket, two simple additions that prove Turner-Smith knows the blazer is the real deal. star of this show. Unfortunately, you can’t see the full effect of the piece in the one-dimensional Instagram photo, but a photo from the back of Turner-Smith would show the embroidery on the back that reads, “Music is Mine Gucci Seats Reclined.” Next time Jodie, we would appreciate a 360 view.