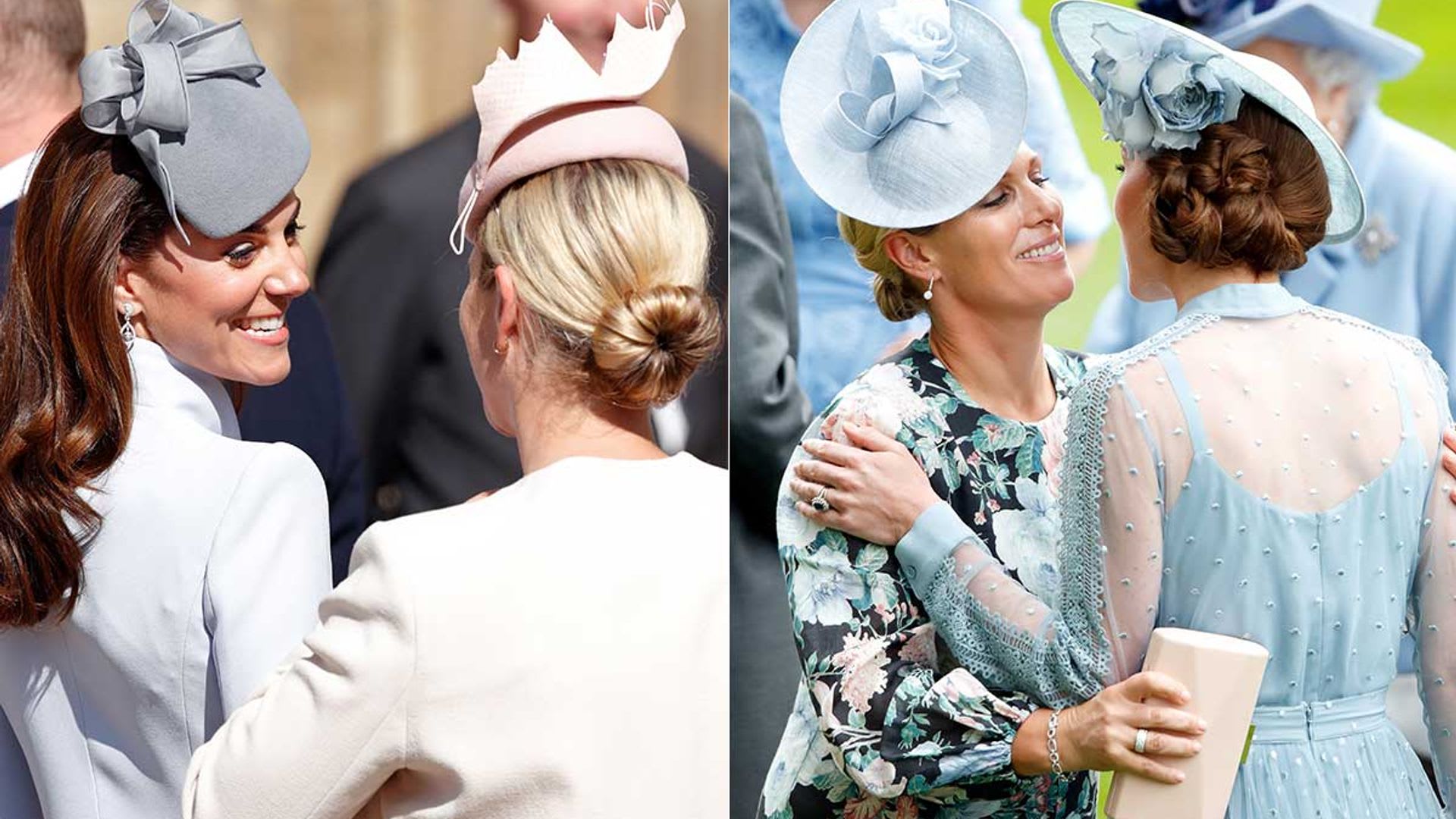 It is undeniable that the Pprincess of wales has a great relationship with her royal in-laws, especially Prince Williamis a cousin, Zara Tindal.

Since Princess Kate started dating the Duke during their college years, she and Zara appear to have developed a close bond and have been photographed chatting and laughing on several public occasions.

SEE: Kate Middleton has a sweet relationship with her in-laws, including Prince Charles and the Queen – best photos

The couple will no doubt have swapped wedding planning tips as the Cambridges and the Tindalls tied the knot in 2011 and were invited to each other’s nuptials. Kate and Zara have since become mothers to children of the same age and the families have been spotted together on play dates.

Take a look at the best photos from Kate and Zara’s friendship over the years.

Kate was spotted in the stands at the Concert for Diana in July 2007, reporting that she and William were back together after a brief breakup. While the then-royal girlfriend wasn’t seated next to her prince, Kate and William’s cousin Zara was pictured catching up.

SEE: 16 beautiful photos that prove the royals have a close bond with their cousins

When the late Queen celebrated her Diamond Jubilee in June 2012, William, Kate and Zara sat together to enjoy the special concert held at Buckingham Palace.

When Zara won a silver medal in the equestrian show jumping final event at the London 2012 Olympics, her family were there to cheer her on, including her best friend Kate, who waved and celebrated during the presentation.

Zara walked up to Kate after the service to mark the 60th anniversary of the late Queen’s coronation at Westminster Abbey. The royal was heavily pregnant with her first child, Prince George, at the time and shortly after the event, Buckingham Palace announced that Mike and Zara were expecting their first baby, Mia. We wonder if they traded pregnancy advice?

Kate and Zara spent a polo day in Tetbury in June 2015 with their first-born, George and Mia. The cousins ​​were spotted hugging as they arrived at the game and Kate even matched her young niece in a striped top!

We would like to know what Zara said to Kate to make her react like that! The couple are often spotted laughing together and always seem to be having fun at Royal Ascot. Princess Kate wore a white lace dress by Alexander McQueen for the occasion, while Zara looked lovely in an electric blue Escada ensemble.

The friends looked delighted to see each other at the Easter Sunday church service in Windsor in 2019 and even their pastel-hued outfits complemented each other.

Once again, Kate and Zara were spotted laughing and chatting at the races in 2019, with plenty of hugs and kisses on the cheek as they arrived. The royal ladies donned blue-toned dresses, with Kate wearing an Elie Saab number and Zara opting for a Zimmermann floral dress.

Zara and Mike showed their support for Kate as they attended her Christmas Carol concert at Westminster Abbey in December 2021. The couple attended alongside the Countess of Wessex, Princess Beatrice and Edoardo Mapelli Mozzi and Princess Eugenie.

In June, Zara and Kate reunited at the Queen’s Platinum Jubilee celebrations with their respective broods. Dressed to perfection, families took their seats in the Royal Box to soak up the Pageant spectacular which saw the likes of Sir Cliff Richard take to the stage.

At various points during the impressive celebrations, Kate and Zara could be seen laughing hysterically before pausing for a more intimate catch-up. Maybe they were talking about the hilarious antics of Prince Louis…

Make sure you never miss a ROYAL story! Sign up for our newsletter to get all our celebrity, royalty and lifestyle news straight to your inbox.