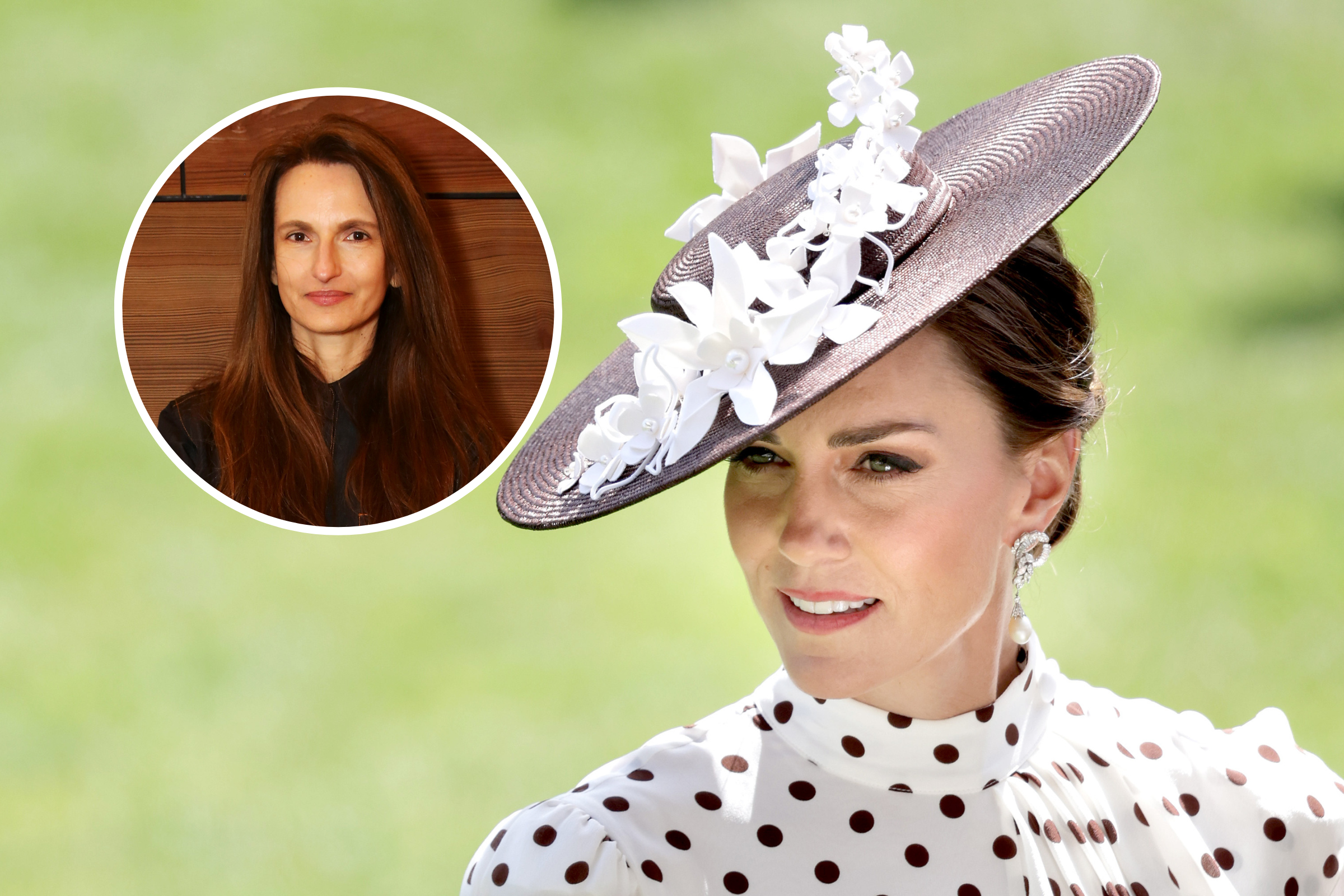 Kate Middleton’s new favorite fashion designer has revealed she has a hands-off relationship with her most famous client, explaining she doesn’t know when the royal will be wearing one of her designs.

Alessandra Rich, the designer of some of the Duchess of Cambridge’s most notable outfits last year, including a range of polka-dot designs worn at horse races at Royal Ascot and Wimbledon, recently called Middleton an “icon of style”. She also hailed the confidence the Duchess has shown since entering her 40s, in an interview with Britain’s The Daily Telegraph.

Describing “what a modern duchess looks like”, compared to Middleton’s current style, the magazine said: “Everything should be perfectly tailored, embracing current catwalk trends through a lens of appropriate dress length and classic silhouettes. Oh, and lots of Alessandra Riche.”

A lot of Alessandra Rich is exactly what Middleton has in her large wardrobes at Kensington Palace. So far in 2022, the royal has worn five pieces from the designer’s collections, in addition to at least four others worn in previous years.

Given how often Middleton has worn the designer – twice during her three days of Wimbledon appearances this summer – it may surprise royal watchers that the Duchess and Rich aren’t collaborating on what events the pieces will be worn to. .

“It was a huge surprise for me,” the designer told the Telegraph, when talking about her popularity with the future queen.

“We only know she’s wearing one of the dresses when we see her in it. We’re never told anything in advance. We don’t ask and they don’t say anything,” the designer said.

Asked if she thought there was a downside to being so closely associated with Middleton’s more conservative style of dress, Rich said: “I’m very grateful. Buyers know the collection is bigger, so it’s good that audiences are mostly familiar with the more conservative pieces.

“The Duchess of Cambridge,” she continued, “is such a style icon that I can never say I’m not thrilled that she likes my clothes.”

Rich, of Italian descent, founded her business in London in 2010 after working for her husband’s art gallery for several years.

The brand’s aesthetic prides itself on not following trends, but drawing inspiration from fashion history to create flattering, timeless pieces that can be worn over and over without appearing dated.

This approach should be an appealing factor for Middleton, who has been known to re-wear items from her wardrobes sometimes more than a decade apart.

The advantage of not pandering to the aesthetic whims of trends also means that Rich models are worn by women of all ages, with a large number of famous fans in their 40s, such as the Duchess of Cambridge, Kate Hudson and Beyoncé. .

“I think Kate at 40 looks so much more confident than Kate at 20,” the designer said of her royal client.

“I like my age, I like having clients who aren’t super young, because you know each other better, you know what you want. That’s true for everyone, so it has to be true for the Duchess,” Rich said. “I’m just happy that what she wants at this point in her life is my clothes.

Although Middleton’s large collection of Rich pieces are well known, the designer said she had a favourite: the pale polka dot ensemble worn at Royal Ascot this year when the Duchess and Prince William led the carriage procession for the first time.

“She was so beautiful,” Rich said.

“It was crepe de chine, with an asymmetrical hemline. She was light in it, she looked amazing,” she continued. “It was the perfect choice for this amazing event. We don’t have things like Ascot in Italy, so it’s wonderful for me to see women like the Duchess dress up for it here.”

Middleton’s wardrobe has seen demand rise this year, with the Duchess undertaking more engagements than in previous years due to the Queen’s Platinum Jubilee in June.

As the 96-year-old monarch reduces her number of public appearances, it will be up to Middleton, along with her husband William, Prince Charles and Camilla, Duchess of Cornwall to be seen more and more.