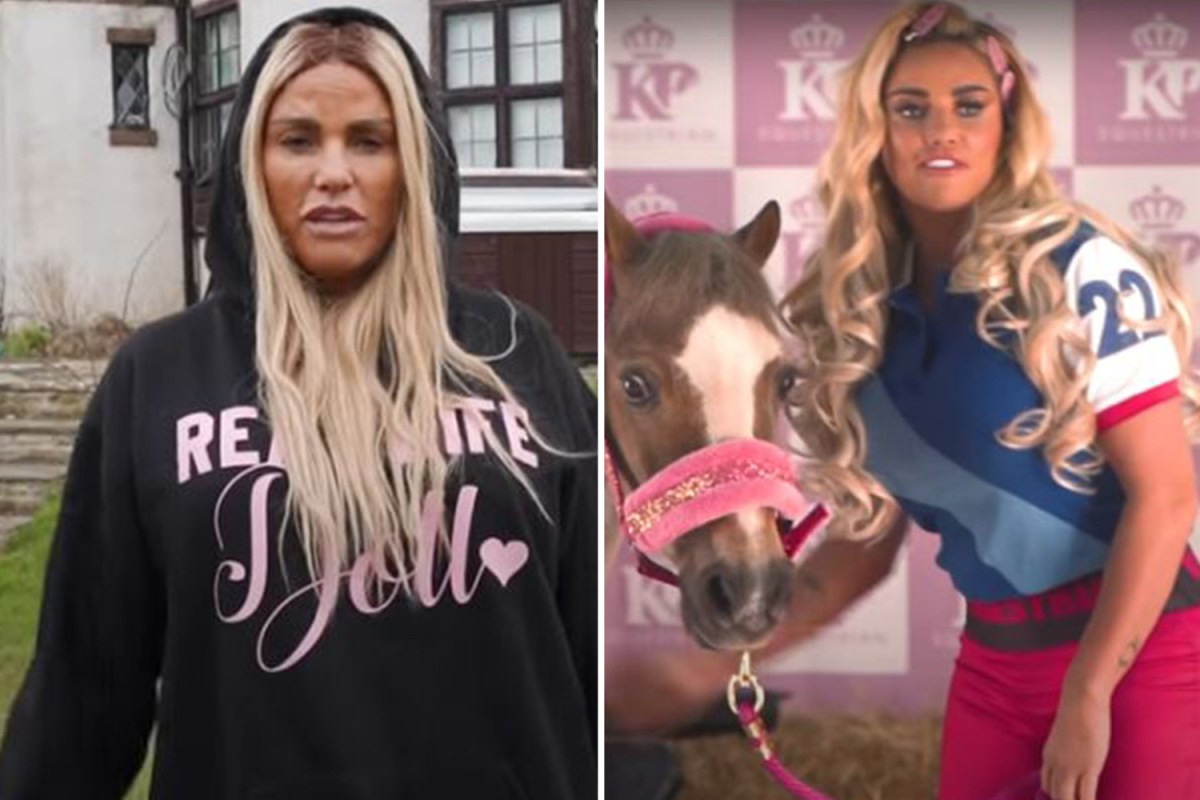 KATIE Price showed off the grounds of her Mucky Mansion – revealing piles of discarded trash and even broken beds.

In her latest YouTube video, Katie, 43, can be seen strolling through the grounds of her house with two pals.

Pointing to the pile, she reveals that one of the broken beds is that of her seven-year-old son, Jett.

Katie then warns her friends to watch where they step, telling them, “Don’t fall f******.”

The new video also showed the star doing a photoshoot for her upcoming equestrian fashion line.

Former glamor model Katie will take fans on her renovation journey with a new Channel 4 show as she tries to turn the Mucky Mansion into a family home.

The Sun recently revealed that Katie was so determined to restore the house to its former glory that she filmed an exorcism in her 16-year-old son Junior’s bedroom for the show.

A source said: “Katie filmed an exorcism at the top of the house, which she thinks is haunted – it’s supposed to be Junior’s bedroom – for the cameras.

“Who knows if it will air as it was pretty scary, but she hopes the ghosts are banished forever and she can make it a happy home.”

We previously revealed how 16-year-old Junior and his 14-year-old sister Princess, who Katie shares with ex-husband Peter Andre, hate the mansion and currently refuse to live there.

An insider said: “While filming, Katie was upset to learn that Princess and Junior hated the house.

“Although she also said she hated it, she really wants to transform the house – she is redoing all the rooms to make it a real house again.”

Last year, Katie insisted that the Mucky Mansion is haunted by the ghost of a little boy – and she has a psychic candle that answers questions.

speaking on The Guys Podcast Last night she said: “It’s definitely haunted. I took a picture of a little boy sitting on the top floor.

“I have pictures of a guy walking through the mirror. I filmed the whole thing.

“And me speaking to the flame of a candle and she answers. I tell you. My whole life is crazy.

“I brought my friends to tears when I brought up things about them that I didn’t know while talking by candlelight.”