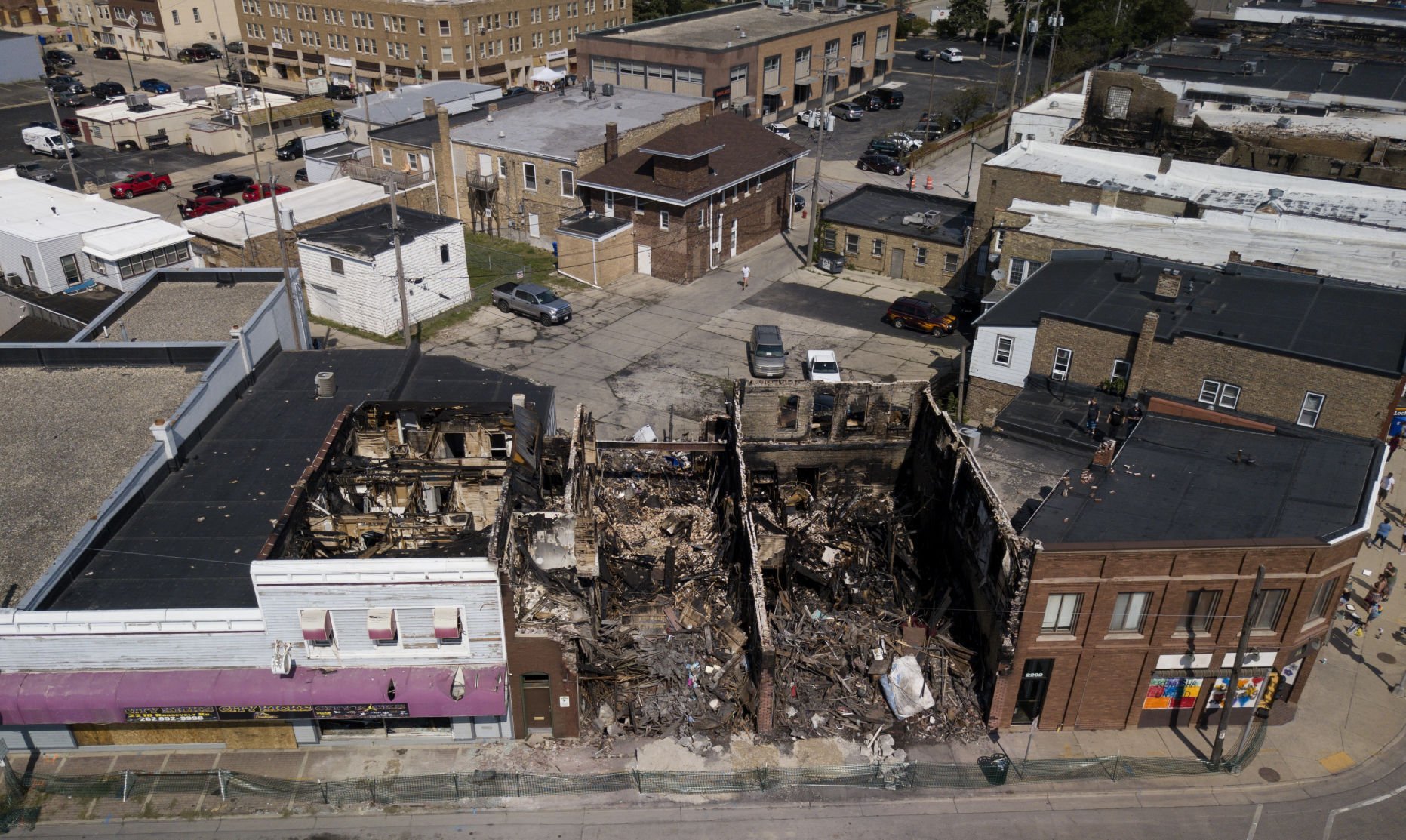 MADISON, Wisconsin (AP) – The state is making more money available to help small businesses in Kenosha recover from the damage caused during the recent unrest caused by the police shooting against Jacob Blake, officials said on Wednesday .

Governor Tony Evers and the Wisconsin Economic Development Corporation said an additional $ 3 million would be added to the previously announced $ 1 million in interest-free loans for small businesses.

The 29-year-old black man remained partially paralyzed after a white officer shot him seven times in the back as police attempted to arrest him.

The shooting, which was videotaped and widely shared on social media, sparked protests and violence in Kenosha, where about two dozen fires were started and many businesses were destroyed.

Prosecutors say 17-year-old Kyle Rittenhouse from Antioch, Ill., gunned down three protesters, killing two of them, during a chaotic protest on August 25.

“We know the Kenoshans are working to rebuild and repair in the wake of the devastation, and we want to do everything we can to support Kenosha’s return,” Evers said. “I have seen first-hand the resilience of this community, and we will do all we can to be there as they work to rebuild and move forward together.”

The maximum loan amount available to businesses is $ 50,000. WEDC partners with the Kenosha Area Business Alliance to administer the loans. Affected companies should contact the alliance to apply for the loans.

The loans can be used to finance repair work, cleaning and catering services, operating expenses, temporary accommodation and salaries.