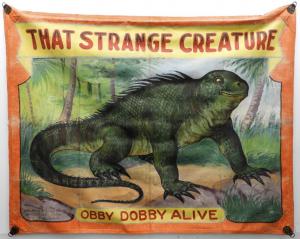 It’s always nice to see an appreciation for a beautiful painting, as the Prabha has exceeded the estimate and sold to an Illinois collector.

The two artists have participated in former auctions of Bruneau & Co. In September, an oil on canvas cubist painting by Husain, depicting a rider on the back of a wild horse, sold for $ 43,750. In March 2020, an equestrian-themed watercolor on paper by Husain made $ 16,250. In that same auction, a figurative oil on canvas by B. Prabha, titled Woman with a Pear Basket, fetched $ 11,875.

B. Prabha’s painting at the November auction was the most anticipated lot, but it still exceeded its estimate of $ 15,000 to $ 20,000 to be sold to an enthusiastic bidder. The artwork depicts six Indian women with hair tied back and long limbs, walking through a village, 30 ½ inches by 77 ½ inches. It was signed by Prabha’s agent, Nayana Sarmalkar, and was accompanied by a certificate of authenticity.

“It’s always nice to see an appreciation for a beautiful painting, as the Prabha has exceeded the estimate and sold to an Illinois collector,” said Kevin Bruneau, president of Bruneau & Co and auctioneer. The painting was by far the best of the over 325 lots in the auction.

Husain’s watercolor depicted a man and woman dressed in bright polychrome outfits on the back of a white horse. Housed in a 33-inch by 27-inch frame, it sold within estimate. Nicknamed “the Picasso of India,” Husain began painting billboards in India, but quickly developed his own style by mixing folk, tribal and mythological arts.

“The competition on the Internet was fierce,” said Travis Landry, an auctioneer at Bruneau & Co. “It was a great auction to close 2021. The last two sales will be Historic Arms and Militaria then Comic, Toy, TCG & Sports on December 11 before the holidays. It was a great year for us.

Here are additional highlights from the auction. Internet auctions were facilitated by LiveAuctioneers.com, Invaluable.com, Bidsquare.com, bidLIVE.Bruneauandco.com and the Bruneau mobile app on iTunes or GooglePlay. All prices shown include the buyer’s premium.

A mixed media portrait mounted on canvas, signed by Han Van Meegeren (Netherlands, 1889-1947), of a man in a robe clutching his chest as he gazes into the distance, 73 inches by 33 inches, finished at 5,938 $. Meegeren was known for his forgeries of famous works by Frans Hals, Pieter de Hooch, Gerard ter Borch and Johannes Vermeer, among other artists.

A large rectangular French Malles Goyard steam trunk from the late 19th and early 20th centuries that opened to a removable tray with two lidded compartments fetched $ 5,312. The trunk was marked “Malles Goyard 233 Rue Saint Honoré Paris Monte Carlo Biarritz” on a metal label and “Goyard” on the top of the lid. Each side was initialed “HC” in red letters.

An Odd Fellows taxidermy baboon hand lamp, made in the USA in the late 19th or early 20th century, measuring 22 ¾ inches high, changed hands for $ 4,375 (beyond his estimate of $ 250 to $ 400). The taxidermy baboon’s hand was wrapped in dark purple velvet inside a clock case decorated with acanthus leaves and a brass eye. The Odd Fellows were an apolitical, non-sectarian fraternal order founded in 1819 in Baltimore by Thomas Wildey.

A magnificent Chinese Art Deco rug, made circa 1920 and measuring 11 feet 7 inches by 9 feet 2 inches, featuring a pictorial landscape of blue, green, yellow, red and purple on a red field surrounded by blue borders, sold to a determined bidder for $ 4,062. It also easily exceeded its estimate of $ 800 to $ 1,200 by about four times, despite minor wear and tear.

A German made F & R Enders 4/4 violin from the early 20th century, with a label bearing the words “F & R Enders Reproduction of Nicholas Gagliano” inside. The instrument, one of many on sale, featured a spruce face with a blackened fingerboard and chin bar. The back was made from a single piece of tiger maple.

Bruneau & Co. Auctioneers always accepts quality shipments for future auctions, with commissions as low as zero percent. Now would be a great time to clean your attic. To contact the Bruneau & Co. auctioneers regarding consignment of a single piece or an entire collection, you can send an email to info@bruneauandco.com. Or, you can call them at 401-533-9980.


The priority of EIN Presswire is transparency of the source. We do not allow opaque clients and our editors try to be careful to eliminate bogus and misleading content. As a user, if you see anything that we missed, please bring it to our attention. Your help is welcome. EIN Presswire, Every’s Internet News Presswire ™, tries to define some of the limits that are reasonable in today’s world. Please see our editorial guidelines for more information.

The paintings of Indian artists B. Prabha and Maqbool Fida Husain pave the way for Bruneau & Co.’s …

Queen only calls two people from her own phone, expert says – and it’s…