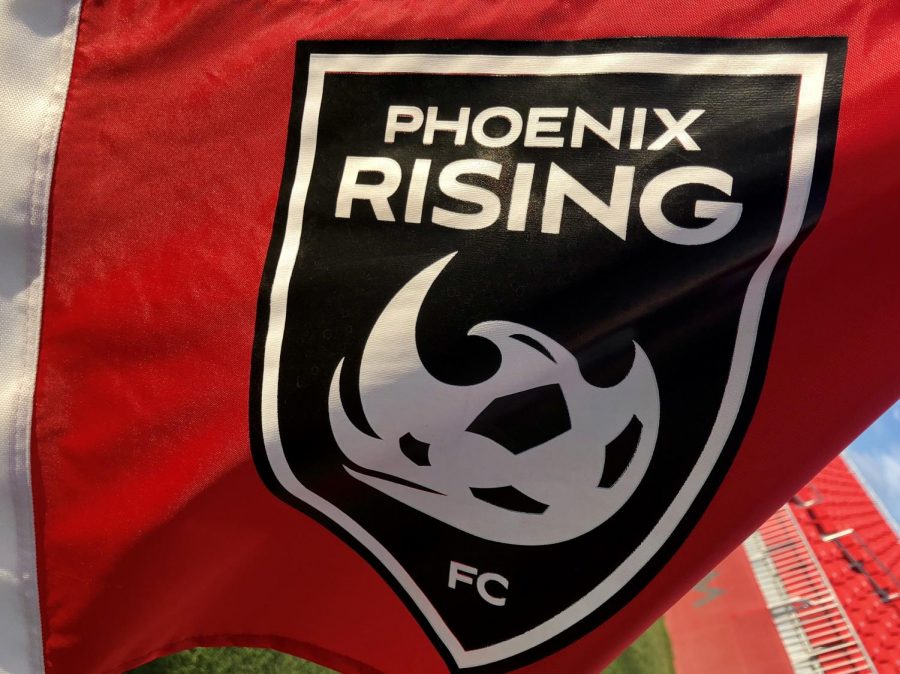 The home side played Saturday night’s match at Phoenix Rising Stadium in the Wild Horse Pass against Miami FC atop a five-game winning streak, including a midweek win over New Mexico United at the US Open Cup to qualify for the fourth round.

Rising’s blistering streak only improved on their home turf on Saturday night, earning a 2-1 victory over Miami FC thanks to a late-minute winner from midfielder Luis Manuel Seija.

Seijas received a yellow card earlier in the game but won it for Rising with an 88th-minute corner kick to extend the team’s winning streak to six.

Seijas commented on the goal after the match.

“I had a horrible game. We didn’t play like we did in the last games. We struggled a bit. We were out of sync in the first half. We suffered a bit but sometimes you have to have something different to overcome adversity – this team has it I told Rick [Schantz] it was all about him because he kept me on the pitch,” Seijas said of his late-game heroism, according to the Phoenix Rising FC press release.

Most of the match was an intense stalemate between the two teams. With Rising having possession for 49% of the game compared to 51% for Miami. In fact, most of endgame stats were very similar between the two teams; the two sharing a similar number of fouls, as well as shots on target. The only big difference was that Rising doubled Miami with 20 shots to 10.

It seemed that as the game wore on, you could almost feel the nerves on the pitch between the two teams, with one waiting for the other to mess up first.

Rising head coach Rick Schantz commented on the game and his team’s performance.

“Miami is a really good team. They’re good in possession. They’re hard to press. We didn’t really commit to the game plan in the first half,” Schantz told reporters after the game. Once they started hitting us, we were forced to give up a bit. We still struggled in the transition in the first half. The second half you saw a real commitment to who we are,” Schantz said according to the Phoenix FC press release.

At the final whistle, it was Phoenix with the win and three important points in the standings to push them further into the Western Conference top four.

Rising will be looking to extend their streak to seven after their next game on Sunday May 1 against LA Galaxy II.

The last time the two teams met was on April 9 at Wild Horse Pass. Phoenix won this game 3-1 on a pair of goals from tonight’s hero Seijas and a late goal from Marcus Epps.