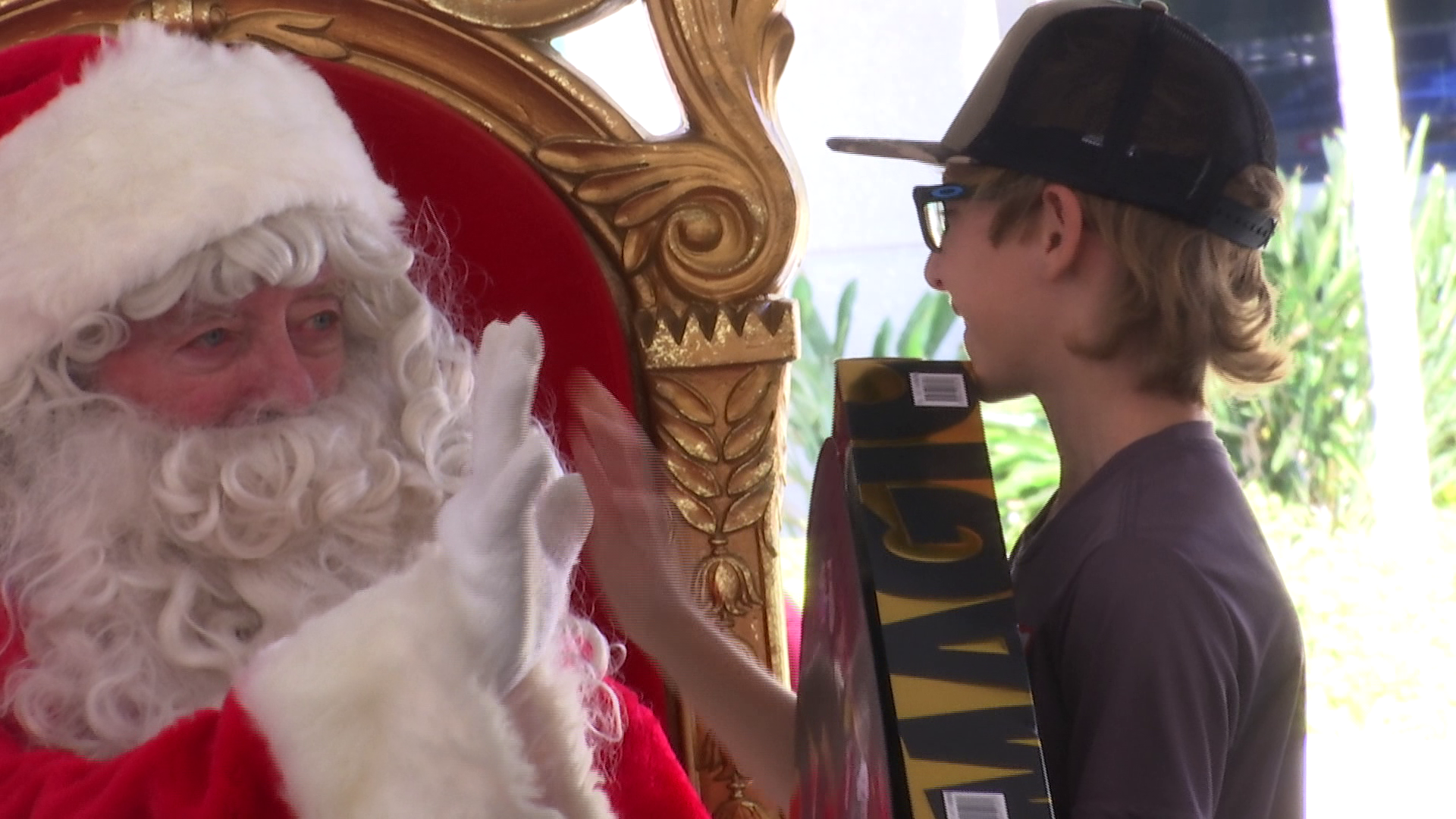 What could be better than Santa Claus on his sleigh? How about a parade of luxury cars full of gifts leading Santa Claus to the children at Golisano Children’s Hospital.

Over 150 drivers gathered at Glory Days along Daniels Parkway and US-41 on Saturday morning. It was all part of the fifth edition of the Porsche Darade.

Greg Guber from Naples was one of the people who led the parade. â€œThis is our first year of participation. Our friends have been here before so they convinced us we were going to have a good time and come this year.

Children at Golisano Children’s Hospital who don’t always leave their rooms had to be careful while Santa Claus and his assistants spread holiday cheer and delivered a stack of presents.

For Bill O’Connor, this was his second year bringing joy to the hospital. â€œLast year it was 155 cars, this year it’s 168 cars, the year before it was even less. It started with around 50 cars five years ago. So this event keeps growing and growing every year.

O’Connor said: “It’s about the kids, the kids in the hospital and the people who go out of their way to bring gifts and donations.”

One of those kids was Seth Barch, “I have a set of magic tricks.”

The event provides children with freebies and also serves as a fundraiser for the purchase of medical equipment.

This equipment aims to keep families and their children in the hospital instead of having to travel elsewhere for treatment.

â€œIt’s the annual event of the year for me. I don’t think I’m ever going to miss it – as long as I can keep driving, I’ll be here every year, â€said O’Connor.

Saturday’s event raised $ 500,000. All of this will go directly to the Lee Health Foundation.

Cheltenham Festival pointers after a weekend of show jumping