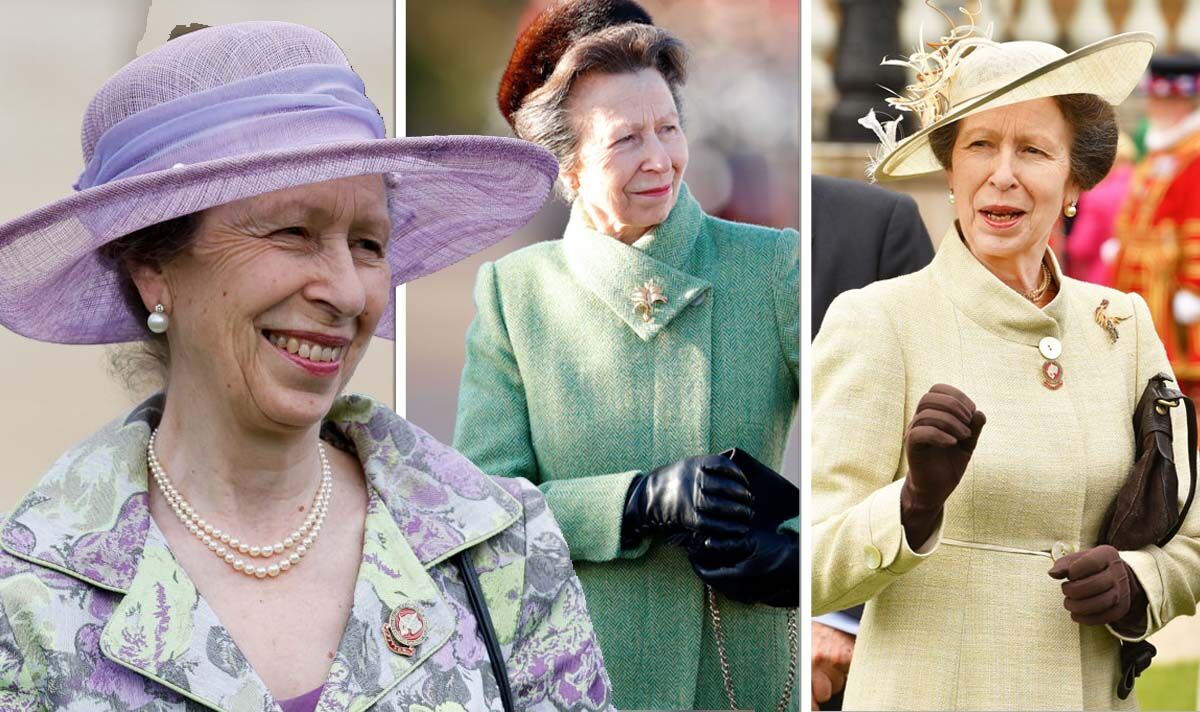 Princess Anne is the “most underrated” royal when it comes to style: “Knows who she is” | royal | News

Princess Anne will attend the Royal Windsor Horse Show tonight to witness the platinum competition on the occasion of the Queen’s Jubilee. The Princess Royal will join the public on the grounds of Windsor Castle to witness the dazzling theatrical re-enactment of royal history. 1,500 performers, 500 horses and a celebrity line-up including Ant and Dec, Dame Helen Mirren and Tom Cruise will take to the arena for the 90-minute performance.

As a former professional rider, Anne should embrace competition.

While the Princess Royal is now known for her commitment to her role as an active royal, she was once recognized as a royal equestrian champion.

The Princess made her public competition debut aged 11, was the first royal to compete in the Olympics and even competed at the Royal Windsor Horse Show.

However, Anne had to give up her equestrian career prematurely in order to devote herself fully to her public duties.

Princess Anne is the “most underrated” royal when it comes to style and fashion. (Image: Getty Images)

Now 71, she has proven herself a devoted member of the Royal Family and has been awarded the title of ‘hardest working royal’.

Over decades of public outings, Anne has also been hailed for her timeless and elegant style.

Samantha Harman, fashion expert and personal stylist, hailed the princess as “one of the most underrated royals when it comes to style”.

Similar to her mother, Anne doesn’t feel the need to make a splash when it comes to her fashion choices and instead opts for classic silhouettes, monochromatic outfits and sensible footwear.

The Princess Royal has a “classic” style that she hasn’t strayed from over her decades as a royal. (Image: DANIEL LEAL/AFP via Getty Images)

She approaches fashion the same way she does her royal duties, not flashy but determined to do everything right.

Ms Harmant said: “Princess Anne is probably one of the most underrated royals when it comes to style.

“Sometimes we can look back in a celebrity’s wardrobe archive and think ‘wow! Their style has changed so much’. But Anne’s style is ‘classic Anne’.

“There hasn’t been a big ‘makeover’ or ‘change’ in her style in the last 50 years – you can see she’s the same woman, with a strong sense of who she is.

Anne is known to be the hardest working royal. (Image: Max Mumby/Indigo/Getty Images)

“There are a lot of elements in her outfits that transcend time and trends, from the 1970s to today.”

While the personal stylist claimed that Anne “is a good example of someone who is re-wearing items, buying classic shapes”, she also said the princess was “not afraid to try new things”.

In December, the Princess Royal stepped out in knee-high tasseled boots, a particularly modern choice for the veteran royal.

“We would generally expect to see her in a riding boot, so the fringe is an interesting twist.

“So many women get carried away with the idea that you have to stick to the same things as you get older, but that’s not true at all.

“I think it’s a great example of how to incorporate something new into your look.

“Take your classic pieces – the coat has been in Anne’s wardrobe for several years – and add a new accessory or a little twist.

“The look is still signature ‘Anne’ but shows her personality.”

As a proud repeater of outfits, Anne had a sustainable approach to style long before sustainability became a buzzword.

The Princess Royal was recently pictured wearing the same garment more than once during her royal tour of Australia and Papua New Guinea to mark the Queen’s Platinum Jubilee.

Anne has worn her navy double-breasted blazer twice in one week, an unprecedented move in the world of Royal Tours, particularly when it comes to female members of the Firm.

She put the blazer back on a few days later. (Image: SGT Tristan Kennedy/Australian Department of Defense via Getty Images)

A few weeks prior, Kate, Duchess of Cambridge, held a week-long fashion show during her Caribbean tour with Prince William, featuring a meticulously thought-out wardrobe to not only look stylish, but also meet the demands and the social politics of the occasion.

Ms Harman advised to ‘take a leaf out of Anne’s book’ by recycling old outfits.

She said: “Over the last decade our consumption of fashion has accelerated to insane levels.

“We buy five times more clothes today than in the 1980s.

“For a while it wasn’t cool to wear things again, and we can order a new dress with a click for a few euros.

“But, I think we can all take a leaf from Anne’s book and maintain and put our clothes back on.”