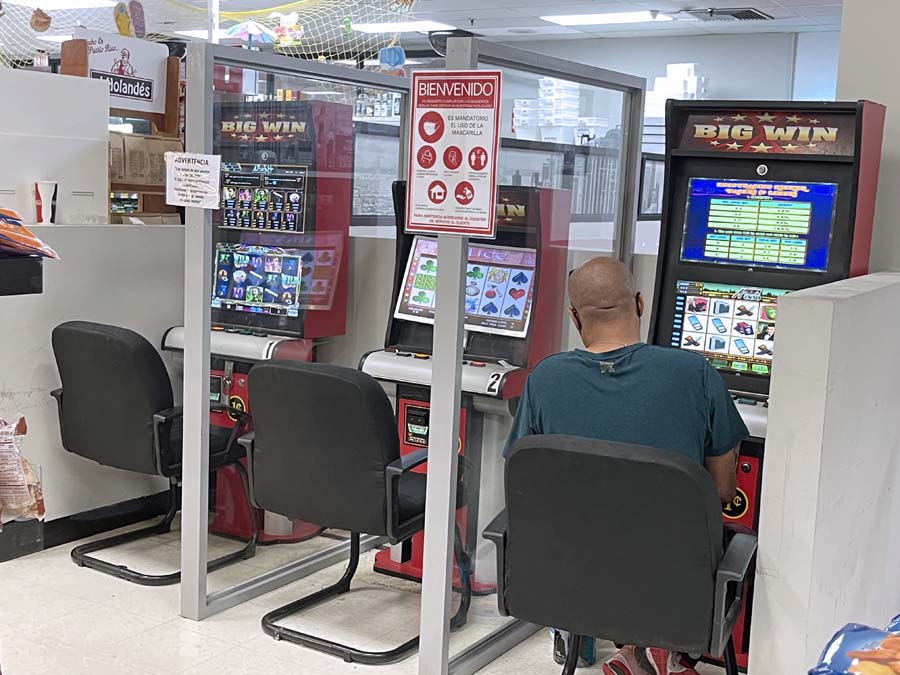 There is a raging dispute in Puerto Rico over who is allowed to use what type of slot machines. The Puerto Rico Gaming Commission (PRGC) hopes to show who is responsible by imposing heavy fines on violators.

Puerto Rico is updating its gambling laws, which will not be an easy task. For too long, lax controls have meant a lot of leeway in what kind of businesses can host gaming machines. The Puerto Rico Gaming Commission wields its authority to try to demonstrate who is in charge.

A total of 19 establishments received the machines and received sanctions from the PRGC. The commission is responsible for, among other things, inspecting slot machines that may violate Puerto Rico’s gambling laws.

The cycle of operations began on February 4, when government inspectors made a surprise visit to the Santurce market square in San Juan. There they found illegal slot machines in two stores.

In one of the facilities, authorities found ten machines that were operating without a license. This resulted in a $50,000 fine for the owner.

It was just the beginning. A company in Bayamón, a suburb of San Juan, received the largest fine to date. Inspectors found 60 unlicensed locations, resulting in a $300,000 fine. Another establishment, located in Bayamón, was fined $110,000 for its unlicensed slot machines.

Additionally, Orlando Rivera Carrión, head of the PRGC, warns that the commission “will continue its direct assault” on illegal and unauthorized gambling. Violators face fines ranging from $5,000 to $10,000 per device.

Among the main findings of the inspectors are machines exceeding what is established by the commission (ten per company) or having machines in operation at a distance of less than 100 meters (328 feet) from an equestrian agency. In addition, inspectors find a lot of unlicensed play equipment.

Rivera claims that at this point the commission is not seizing the illegal equipment. If inspectors return to the business found in non-compliance and find that the machines are working again, the fine will increase significantly. In addition, he warns that operations will continue throughout the territory under American control.

The actions, however, are not without controversy. A union representing local businesses, the Union of Road Machinery Operators (UNOMAR, for its Spanish acronym), criticized the commission. He alleges that the PRGC’s enforcement efforts endanger small traders.

UNOMAR, which represents around 30 companies, said the commission continued to illegally issue certifications to unqualified slot machine operators while fining legal operators. The union accuses Rivera of trying to cripple actions to regulate the gambling industry.

UNOMAR emphasizes two regulations, 9174 and 9175. These are, respectively, the Regulations for operational control and interconnection of slot machines en route and Regulations for the issuance, management and supervision of licenses for gaming machines.

Both settlements were challenged in court on the grounds that the PRGC had unlawfully approved them. In addition, the committee’s actions came before the Fiscal Supervisory Board had a chance to conduct its review of the wording.

UNOMAR added that the regulations, passed in May 2020, are only intended to benefit large companies. They present barriers to certification for small, local merchants who legitimately operate slot machines.

Puerto Rico’s judiciary has also been unable to agree on who can introduce which regulations. The subject of slot machines went from court to court, all the way to the Supreme Court. The High Court froze the regulations, but UNOMAR says the PRGC ignored the order.

The commission says it cracks down on illegal and unlicensed operations. However, UNOMAR feels that it is only acting in its own interests.