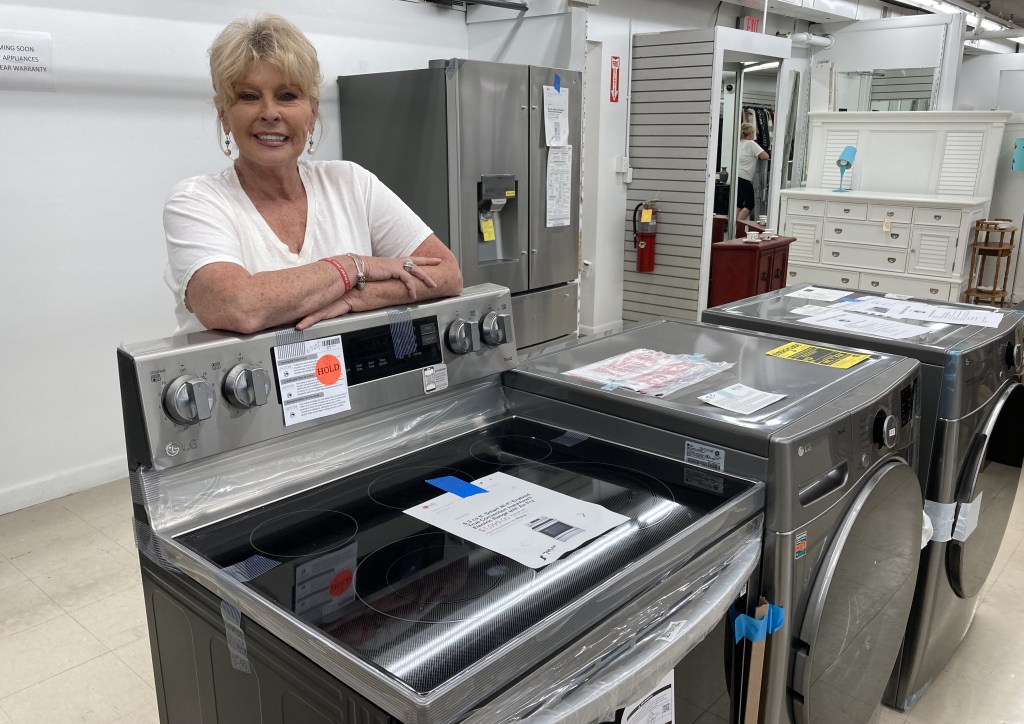 Sandy Bower has always worried about the future of Vets Returning Home. If anything were to happen to him, what would happen to the charity that helps homeless veterans in crisis regain their independence.

Now she doesn’t have to worry anymore.

“If I get hit by a bus tomorrow, it will support us,” Bower said, during a tour of the Veterans’ thrift store in Roseville.

The official opening is August 9 at 1 p.m., but local residents and community members who support the work of Vets Returning Home have already discovered the store and its unique collection of products.

“We have devices that are brand new and still under warranty,” Bower said. “We have clothes for women and children, toys, books and look at this furniture that has been donated. It dates from the 1800s and is in perfect condition.

Customers visiting the thrift store are greeted by friendly staff and a bright store. There are the usual clothes and other items found in a resale store, but the establishment also has a second floor with a boutique – stocked with new formal wear for women and men, including dresses and three-piece suits – as well as a fine arts gallery with paintings and photographs. There’s even a man cave filled with everything guys want but can never find.

“We have tools and materials. We had a bunch of lawn mowers, but we sold them,” Bower said, reviewing a lineup of new snow throwers. No one wants a machine that moves snow in the summer, but as Bower pointed out, chances are what they have will be gone when you need them.

Next to the snowblowers were several children’s battery-powered cars (Jeeps) and a bicycle. It was a little rusty but still a bargain for $9. The store also has items not everyone is looking for like a horse from a carousel ($1,200).

The best thing about the Resale Shop is that it will provide the financial means to support Vets Returning Home. Who knows? Bower has been at the helm for nearly a decade. She might wish to retire.

Many items donated to the store can also be used to help homeless veterans re-enter the workforce and transition into permanent housing.

“Our small team worked tirelessly to get the store ready for our opening and I’m very pleased with the results,” said Bower, who founded Vets Returning Home in 2013.

Once homeless herself as a young teenager, Bower saw what veterans frequently endured and, after decades of establishing herself as a successful businesswoman, used her personal retirement savings to pursuing his dream of helping veterans who suffer from post-traumatic stress disorder (PTSD) and other societal issues find their way back. She has created a way to help them find permanent housing, meaningful employment, effective counseling and community support.

Her tireless work and fundraising has earned her multiple accolades from political luminaries, service organizations, and numerous awards, including the 2021 Daughters of the American Revolution’s high honor, the Medal of Honor.

The opening event will include a ribbon-cutting ceremony attended by Roseville Mayor Robert Taylor and other community and business leaders. Grand opening festivities will also include free hot dogs and soft drinks and Big Jim’s House Stone Soup Bronco reveal. Raffle tickets for the fundraiser promoted by Big Jim O’Brien, longtime host of WCSX-FM’s (94.7) morning show “Big Jim’s House” will be available during the 13 a.m. to 3 p.m.

“The store is beautiful, clean, and full of amazing items at exceptionally affordable prices, and vets are always given first choice to pick up what they need,” added Bower, whose nonprofit has served more than 1,800 veterinarians since its inception and currently houses both men. and women of the facility, housed in the former Red Cross and Michigan Bell telephone building.

“After visiting the store, I continue to find it absolutely amazing what Sandy does for our veterans,” said Macomb County Commissioner Harold Haugh.