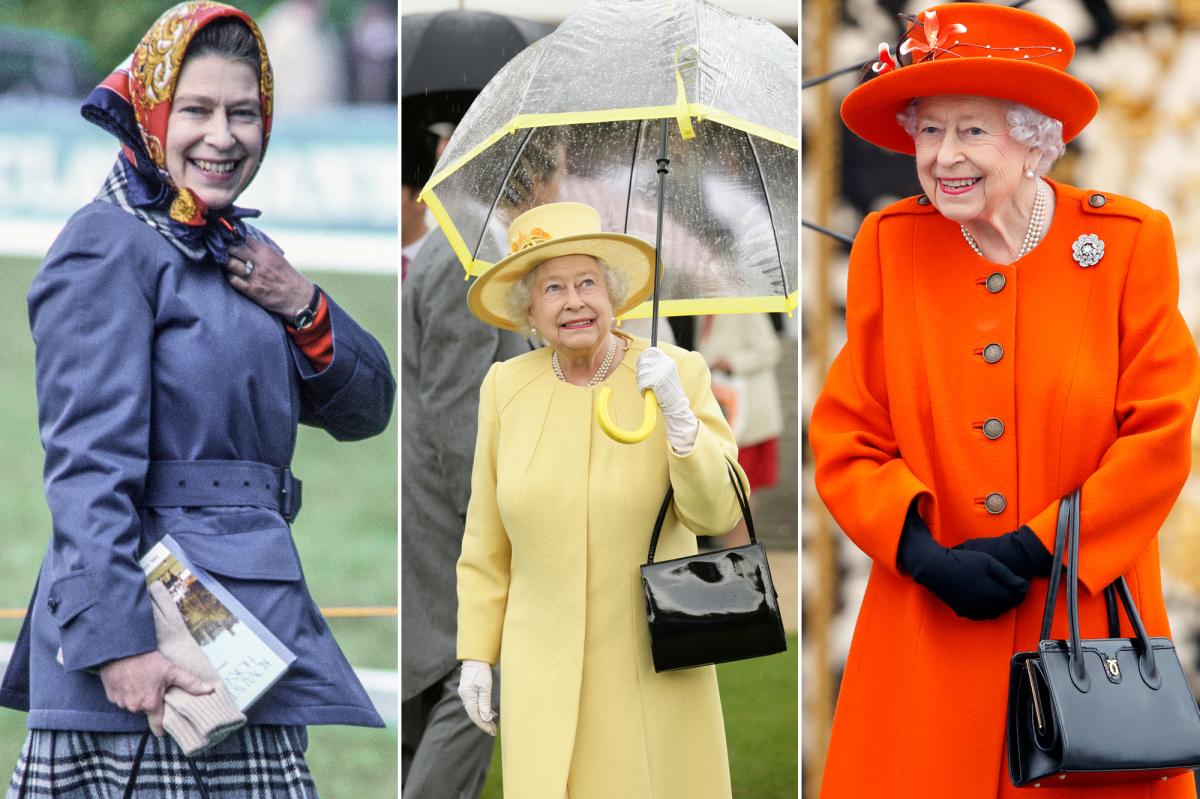 Queen Elizabeth II certainly has her own signature style.

But while the monarch – who celebrates her 96th birthday on Thursday, April 21 – may be synonymous with her standard uniform of pastel skirts and top hats today, her wardrobe has evolved a lot over the years.

With a reign spanning seven decades, it’s no surprise the Queen experimented with many unexpected looks in her time; who can forget his turban phase during the 1970s?

From the story behind her signature clear umbrellas to why she rarely changes her shoes, read on for some fashion facts about the royal that even the most aristocracy-obsessed fans might not know.

1. Her Majesty’s umbrellas are made to match her outfits

If you’ve ever seen a photo of the Queen on a rainy day, you’ve probably noticed one of her clear bubble umbrellas.

They are made by Fulton, a British brand that was first noticed by the Queen Mother because she liked its transparent birdcage-shaped umbrellas to allow her to be seen in public while staying under cover bad weather.

Today, the Queen owns around 100 of the umbrellas in every color of the rainbow and her dresser, Angela Kelly, is working with Fulton to have them custom made to coordinate with her outfits.

2. She’s been wearing the same brand of shoes for decades.

Ready-made shoes are not suitable for a queen; Her Majesty gets hers from heritage brand Anello & Davide and has a whole team of people who make each pair to her measurements.

You’ll often see her in the same black style with a buckle front and low 2.25-inch heel — and her dresser even breaks into new pairs for her boss.

“As has been widely reported in the press, a minion wears Her Majesty’s shoes to ensure they are comfortable and that she is always ready to go,” Kelly wrote in her book, “The Other Side of the Coin,” adding, “and yes, I am that lackey.”

3. The queen dresses in bright colors to stand out

Queen Elizabeth II once said, “I have to be seen to be believed,” which is why you’ll see her wearing brightly colored coats and matching hats at events; she can easily be spotted in a crowd, even for people standing far away.

Wearing a hat in a matching color is one more way for her to be clearly visible, and she’s a master at matching her floral or feathered headpieces to her colorful coats.

At the 2016 Trooping the Color show, the queen wore a neon green look so bright it sparked memes.

Much like Sophia Petrillo from “The Golden Girls,” the queen is rarely seen without her trusty handbag.

Bethan Holt, author of “The Queen: 70 Years Of Majestic Style,” told PA Media that the bags “have an extra-long 16-inch strap so they hang comfortably from her arm, they’re lined with silk rather than suede, and more in the past eight or nine years, they have been modified to be as light as possible for Her Majesty.

5. You will rarely see the queen in pants.

While Kate Middleton and Meghan Markle often wear slacks or even jeans to public events, you’d be hard pressed to see the Queen in anything other than a dress or skirt.

Her Majesty has been photographed wearing trousers in public less than 10 times in the past 70 years, but that doesn’t mean she never wears them at home.

“While seeing her wearing them in public might have been all the rage, they are a central part of her private wardrobe,” Holt said.

6. She loves a good scarf

A silk sash is Queen Elizabeth’s take on a casual hat, and she frequently wears one on more casual occasions like the Royal Windsor Horse Show, or when riding and driving her beloved Land. Rover out of service.

While the monarch prefers Hermès for her headwear, she also wears Launer scarves – and while the Queen often wears an equestrian or floral print, she’s even sported a fun dog print scarf.

She’s so dedicated to the look that Hermès launched a special style in honor of the Queen for her 90th birthday in 2016.