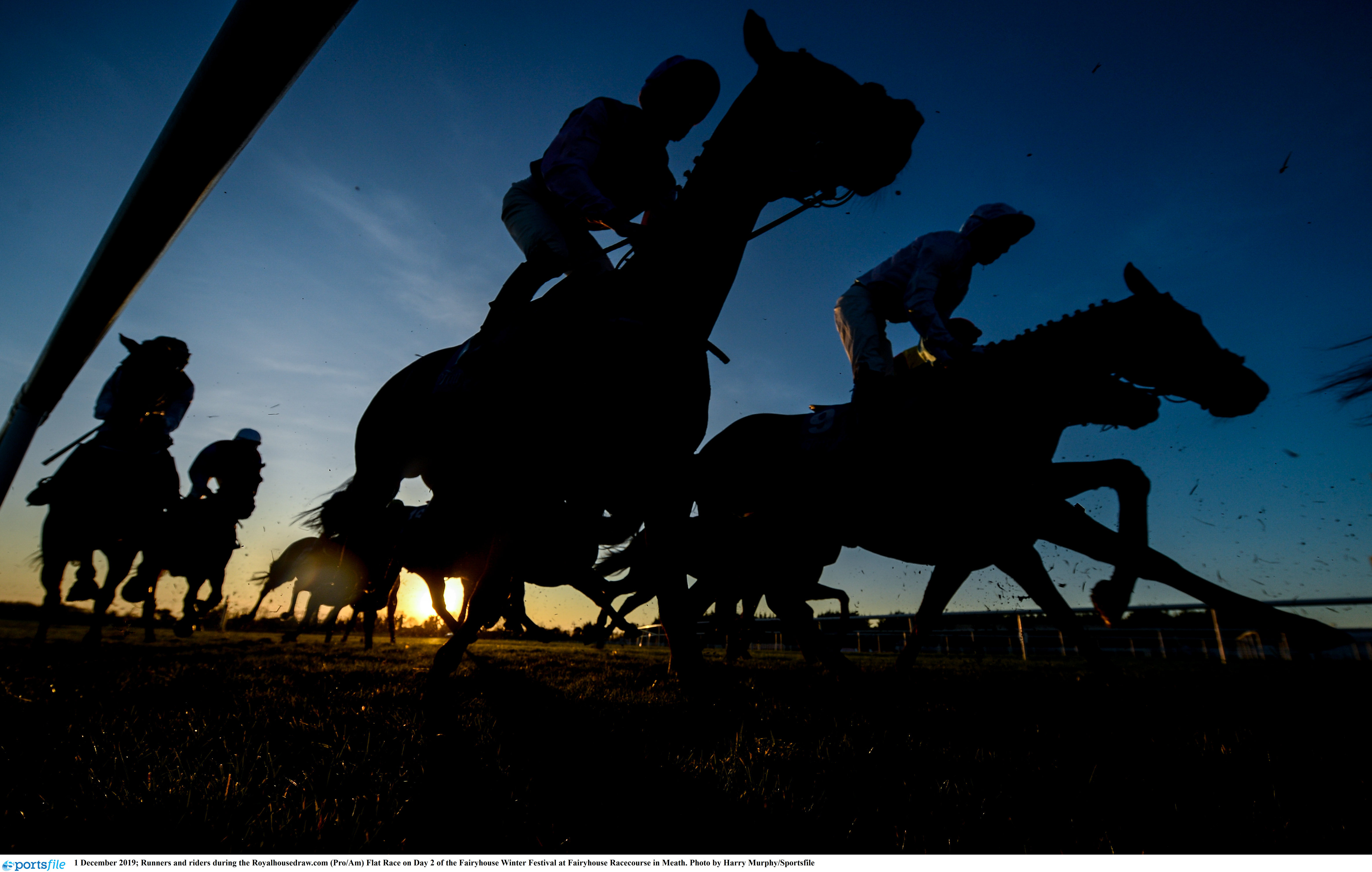 DONIE McInerney clinched the three-mile handicap obstacle at Roscommon on Monday on the First Touch owned by David Murphy. Never far from the beat, the nine-year-old Donal Commins trained was leading halfway through and did his best to get home to score a length and a half from the Room To Roam formed by John McConnell at odds of 16. / 1.

Chris Hayes rolled a winner for local coach Luke Comer at Bellewstown on Wednesday. The pair won the eight-yard handicap premier division with a 6/1 shot from Blyton who rose to the line to give a header to Chagall, coached by Michael Hourigan.

Apprentice Abbeyfeale Paddy Harnett was in the saddle as Moon Daisy clinched the final 12-meter handicap. Donnacha O’Brien beat her brother Joseph to the line as the 15/2 chance, who wears their mother Anne Marie’s colors, pushed back the 4/1 favorite Bright Idea by a half length to give Harnett his sixth winner of the season.

At Gowran Park on Saturday, conditional runner Oola Cathal Landers and home coach Jimmy Barcoe combined to win the two-and-a-half-mile handicap hurdle with a 7/1 chance Influential Lady racing in the coach’s colors. The seven-year-old was a long way from mastering the final hurdle, but she lost little momentum and easily won by six lengths of the Appian Way coached by Charles O’Brien.

Athea coach Eoin McCarthy won the two-mile handicap obstacle and a stadium in Killarney on Sunday with the Elite Des Mottes, ridden by Richie Deegan. Under the colors of the owner Sean Maguire, the 9/2 shot marked with a length and three games of the favorite 3/1 of General Clermont. The last of the day went to Stealthy Tom, coached by Enda Bolger, who won the two-mile, seven-stadium handicap race convincingly. A second winner for Darragh O’Keeffe, the overwhelming 6/5 favorite dominated the final fence in the back straight and did his best to get home for an easy four and three lengths victory over Eddie and Patrick Harty. formed Echoes Of Family.

A Case Of You became the first Irish winner of the Prix de l’Abbaye de Longchamp Longines since Maarek in 2013 with one final success in the famous two-meter sprint in Paris on Sunday. The three-year-old rose to deny Air De Valse and give coach Ado McGuinness a first win in Group 1 and jockey Ronan Whelan his second. McGuinness reported,

“When he finished second in the Flying Five at the Curragh at Longines Irish Champions Weekend he was my very first rider in a Group 1 and we completed him for this race last week because I knew he was going to improve. The Flying Five was his first race in five stages and he’s getting better and better. I think he will be a very good horse next year. I can not believe it. We’re definitely going to watch the Breeders’ Cup, either that or put it aside and look at Dubai next year.