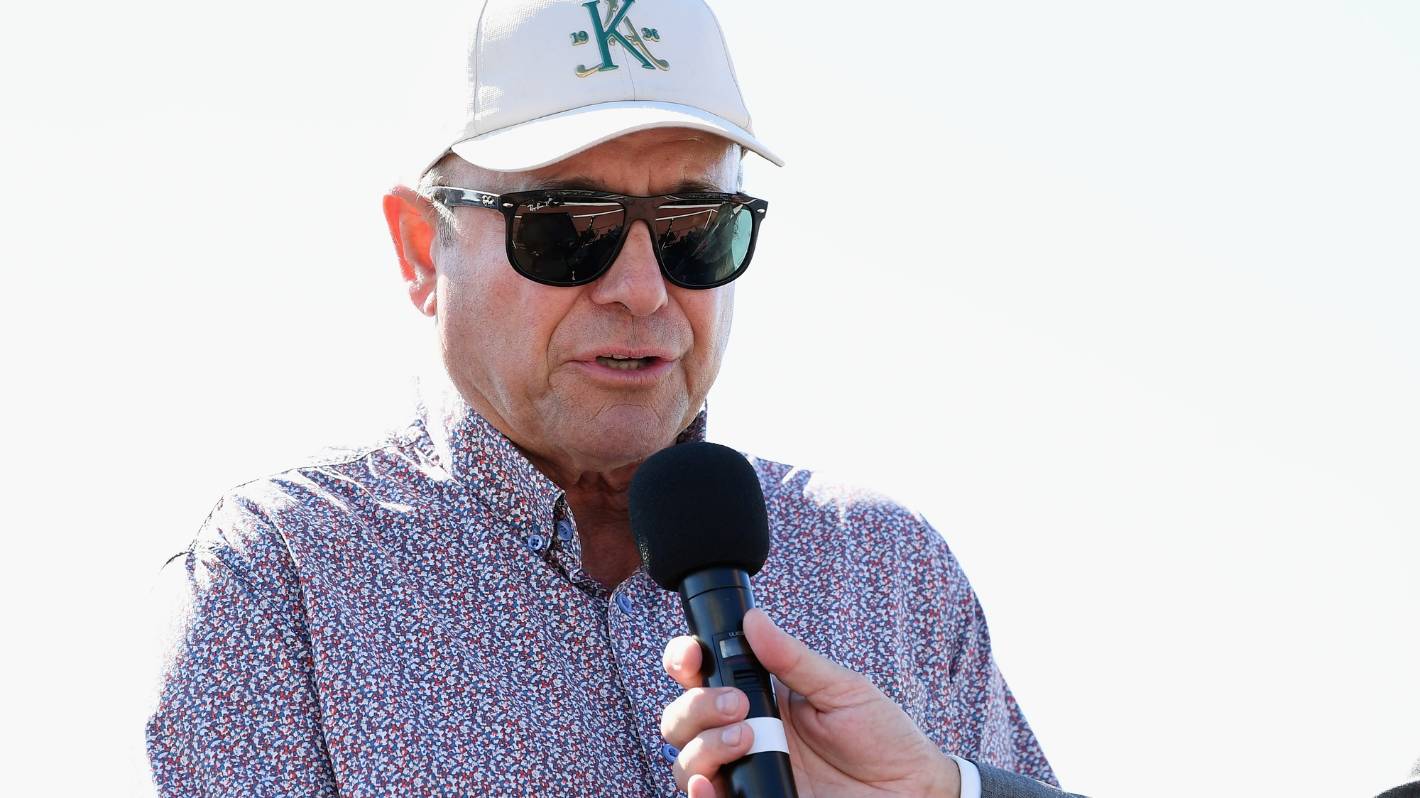 Sundees Son has been hailed as a ‘true champion’ after winning his third Dominion Handicap in a row with an emotional finish at the Show Day show at Addington in Christchurch.

“He must have a huge ticker,” said driver John Dunn, after Sundees Son came back from the canvas to down second seed Muscle Mountain by a long header.

“He’s a popular horse now, he’s an amazing horse to relate to. I don’t think we’ll get another one like him.

The crowd gave the couple a standing ovation.

Sundees Son had to be a champion to win this $300,000 Group I 3200m race. Dunn knocked it out of the leader Muscle Mountain after about 600m, before taking the lead with about 1800m to go. He then had to endure a brief challenge from Oscar Bonavena in windy conditions.

The pace was strong and once they turned to the straight it was a question of whether he could withstand the inevitable challenge from Muscle Mountain, driven by Ben Hope. He watched with 100m to go as Muscle Mountain improved and appeared to lead Sundees Son, but the favorite rallied with one final dig.

“He was on his feet the furlong…to dig deep like that, he’s a real champ,” Dunn said.

Sundees Son joined mighty Lyell Creek as three-time Dominion winners, but his are back-to-back years, with Lyell Creek winning in 1999, 2000 and 2004.

Sundees Son was trained by John’s father, Robert, and John’s wife, Jenna, at Woodend Beach in Canterbury. The horse belongs to Colin and Nancy Hair.

It was a great race for the Dunns, with stable horses Five Wise Men and Aardiebythehill finishing third and fourth.

Robert Dunn said it was one of the best races he had seen in a long time.

“And he received applause from the crowd, you don’t see that too often.”

Sundees Son won the race in 3:58.4, 1.8s shy of his record from last year, but that’s understandable given the high winds during the race.

One of New Zealand’s most successful pacers in recent years, Self Assured made up for indifferent spring form with a thrilling victory in the NZ Pacing Free-For-All.

Handler Mark Purdon, who co-trains the horse with Hayden Cullen, judged his tactics perfectly, biding his time at the back of the field before delivering a blistering finish. He has just won from the game the Australian visitor Majestic Cruiser and Old Town Road.