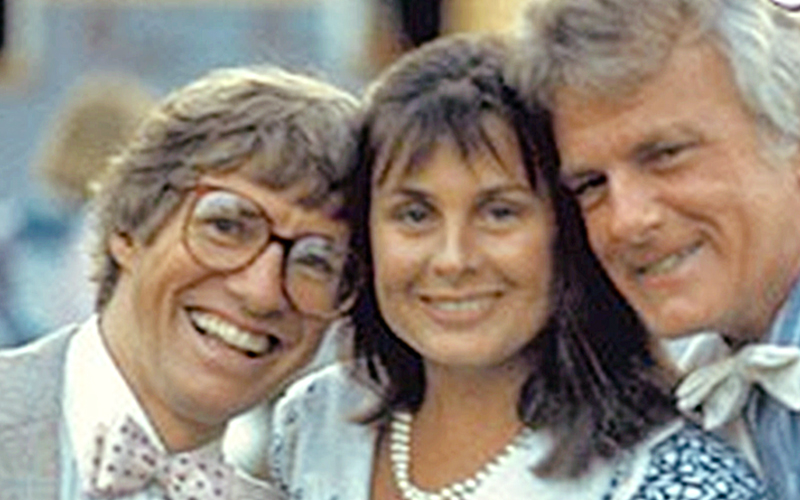 1965 was a pivotal time in our valley when outsiders (some surely called them Flatlanders) poured in. They were young people who wanted to see what life in the countryside was like. There were ski aficionados and early ski addicts who thought they were going to have fun and only stay a year. There was also an interesting group of young men from Yale University, two of whom bought a mountain to build experimental houses on.


Author Martin Holladay put it this way: Almost every branch of American art and culture, including music and architecture, experienced a remarkable burst of creativity from 1965 to 1975. Although I cannot explain the causes of these cultural revolutions — I I will leave that task to sociologists and historians — I will briefly mention what happened during those years: LSD, hippies, free love, second-wave feminism, resistance to conscription, the riots of Stonewall and the Return to Earth Movement. And that’s just to start.

Architectural historians have considered these years to be the origin of the design-build movement, and they are remarkably specific about where the movement originated. The physical location is Prickly Mountain in Warren, Vermont; the years are from 1965 to 1970.

Original members of this community included Steve Badanes, John Connell, Louis Mackall, Bill Maclay, Jim Sanford, Dave Sellers, Barry Simpson and Dick Travers. They had a lot of help from the Mad River Valley elders. The founder of the Mehuron market, Elmer Mehuron, gave them 90 days of food credit. Just long enough to frame two houses so they can go to the bank for a loan. Bob Gallagher of Gallagher’s Lumber did the same. And the real unsung hero of the business was Warren’s versatile excavator and tradesman Lenord Robinson. He coped with his work and his machinery to get the foundations built. And we should recognize that Thelma Ricketts used to give them a home-cooked meal for $1.50 a head and sometimes Mrs. Robinson, Gene, did that too.

As Town Clerk, Emma Ford helped these young men get established with deeds and other formalities – she recognized they could add something to the parade. It was she who issued an invitation to join them. This move would broaden the flavor and tone of the event for many years to come.

For their first effort, the architects envisioned a mobile basketball game, but little did they know they would be invited to follow the many horses in the parade.

They installed the baskets on a jeep and an old farm cart. It was far from a precisely engineered setup and as they moved forward the baskets moved up and down. It made an already difficult sport very difficult. Add to that that they had to dribble around large puddles of pee and buckets of horse poop. It is reported that the crowd loved being challenged in this way.

And so began an oddity that overlapped with the traditional, old-fashioned event. It was an eccentricity that had been cultivated for decades and did not go unnoticed.


In a documentary by Charlie Brown, Fayston residents Sparky and Peggy Potter described the creative process for the members of their annual floats:

Glittering: Bring lots of duct tape, a bunch of screw guns, and it just happens there. It’s a miracle every year.

Butschie (Dr. David Butsch, aka Dickie) calls a meeting. Someone hears the parade marshals called whatever the theme [for the parade] going to be that year. So everyone goes to the Butsches to drink beer and distort the theme as much as possible.

Try to stay somewhere – somewhere next to the bullish wheel – but not very close. So the idea is to play with it as loud as possible. So if they say it’s okay, it’s gonna be green, the first thing we think of is how do we reverse that and turn the tide?

I think maybe 10 people can come up with the nugget of ideas, and Peg is definitely one of them.

And I’m just sitting there and thinking, “No, that’s weird, that’s weird.” So, I try to put some soil in it. As for what will really work. It’s my role. How to dissect it and make it totally distorted while still making it work.

The truth is, nothing really falls into place until the morning of the parade. It’s like from 7:00 a.m. to 9:00 a.m., before the parade, everything starts to make sense. This usually happens in the yard. You know, where everyone brings their collection of stuff that might work. You compromise on outfits and ideas.

The one I love the most was when we showed up and everyone had their own outfit. And Butschie says, ‘You know, I had this idea. I brought a ton of Depends with us. These are diapers for big people – for us. They say, ‘I think it would be a really good idea if we all went to Depends’. So everyone changed their outfit there on the spot.

Peggy : Depends. The twist was the theme that was chosen was Vermont independence. So we were In-Depends ance. So that’s an example of how we skew the theme to our advantage. . . or disadvantage, whatever the case.

Glittering: I said no. I was one of the last to give in. There was no way I was going to Depends as a mature adult. But after everyone did, I saw what happened. So, I jumped into a pair of Depends when people were walking around with magic markers.

The parade has already started. OK? And we always draw stuff on our, you know, foreheads. I looked at Chris, Butsch’s son, and he free willie just there. Which I found great. I looked at this lady and she sugar bush on it Depends.

Everyone was doing it. They had magic markers front and back. The most hysterical and embarrassing time of my life. But it kind of worked because people were so flabbergasted that it took them by surprise.


The most fun was in the middle of the parade, Butschie always does that, he stops the car and gets out and runs around. He has the Depends on and all kinds of women’s clothes. He rushes into someone’s house. Meanwhile, his car, the ambulance, is driving without him. He rushes into someone’s house. I am because I don’t know what’s going on. He gives this lady a giant hug with his Depends on, comes back, I’m now sitting in the car which is about 100 yards up the road.

Peggy : The ambulance in which we ride. It was bought by Dickie Butsch and painted in 1976 for the bicentenary.

Glittering: And I’m thinking, “Does it ever get weirder or better than this?”

DESCRIPTION OF THE PARADE OVER THE YEARS

CBS reported, “At first glance from their parade, it may initially seem (and sound) as if the people of the Mad River Valley have indeed gone insane. This is likely due to the imposed limit of $300 per float, or perhaps the theme of “green rules” prompting residents to paint themselves green and sing their own new 4th of July songs. The town of Warren can seem a little quirky on Independence Day. In that respect, it’s undeniably a city worth visiting, if only because their songs won’t be hitting the Top 40 anytime soon.

“Then, of course, there is this show at Warren, which is now in its 66th year. No one knows for sure who is coming, although turnout usually exceeds regional population.

“Warren always holds his parade on July 4, and if it’s a Sunday, church services are moved to Saturday.”

“” For example, in Waterbury or Northfield, or any other parade you might attend, it’s simple. It’s stars and stripes and red and white and blue and patriots and Independence Day,” says Tom Beardsley, who announced Warren’s parade on WDEV radio for more than a year. decade.

“Beardsley says the folks at Warren are taking a totally different approach. “They see patriotism as freedom of expression and the ability to express one’s opinions openly without fear of reprisal,” he says.

“Over the years, the parade has seen ‘More Land, Less Oil’ signs, secessionist tanks and even a naked participant or two. Each Independence Day, the left-wing spectacle attracts thousands of spectators.

Boston Harborfest described it as “Wacky. Legendary. Political. Satire.” These are the words that jump out at me as I continue my research on Warren’s 4th of July Parade. Part 3 next time. You can email me with story ideas: This email address is protected from spam. You need JavaScript enabled to view it..

Why We’re Attracted to Fixing Things