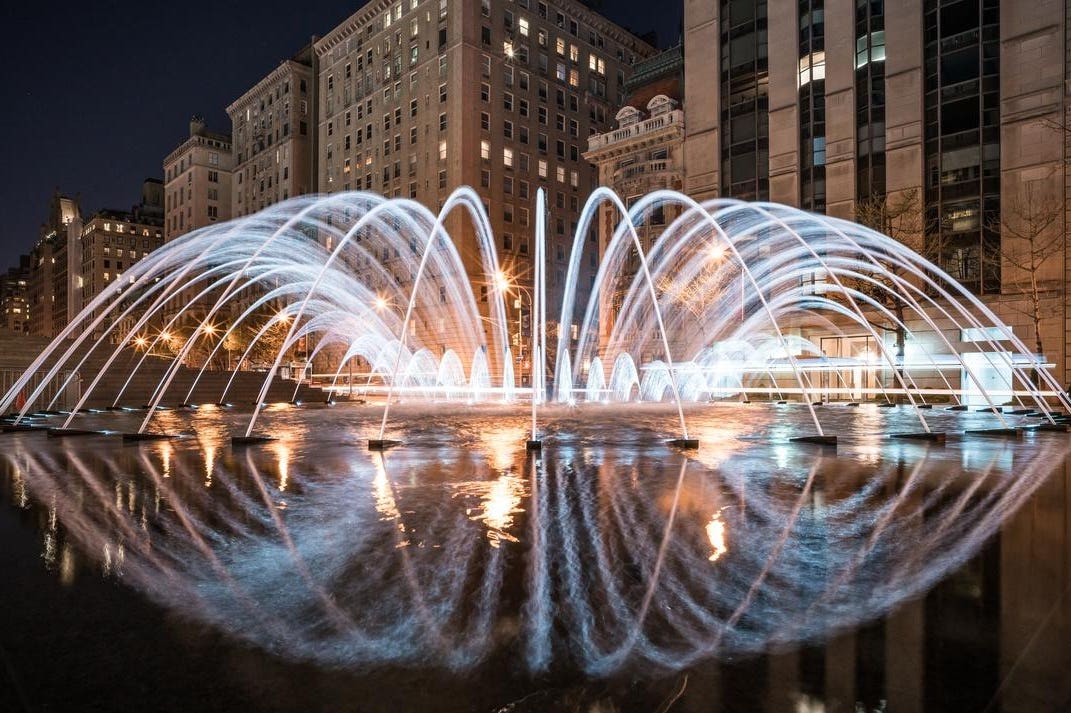 Eight Fifth Avenue museums will come together that day to present the 43rd annual Museum Mile Festival from 9 a.m. to 9 p.m. activities for all ages. Content will be broadcast on the museums’ respective websites and social media platforms, and will also include in-person outdoor programming.

Culture enthusiasts from around the world will be able to join New Yorkers for this unique celebration, by following the hashtag # MMF2021 on Twitter, Instagram and Facebook for cultural events throughout the day.

The Africa Center will present Home is where the music is, a special multimedia presentation and discussion celebrating the sounds of Africa and its Diaspora interspersed with photography, art, video and music, featuring broadcaster Georges Collinet and African music media center, Jolly Dad. the “The house is…” The series began on World Africa Day on May 25 and will run through June 17, the annual celebration that commemorates the emancipation of Africans enslaved in the United States. The series connects World Africa Day with Juneteenth, two important celebrations for people of African descent around the world and people of African descent in the United States.

Currently visible until September 26, ESTAMOS BIEN – LA TRIENAL 20/21 is El Museo del Barrio’s first national survey of Latinx art, featuring more than 40 artists from the United States and Puerto Rico, and addressing issues as pressing as identity politics, gentrification and displacement, climate change, as well as pandemic effects, particularly with regard to Latinx populations. As part of La Trienal, the museum will present recorded interviews with participating artist Candida Alvarez; a virtual tour of the exhibition by the curators; and an outdoor in-person performance by New York-based Afro-Caribbean group San Simón at Harlem Meer in Central Park at 6 p.m.

Virtual events at the Museum of the City of New York will include recalls of the series broadcast live from the museum, The curators of the couch, featuring museum deputy director and chief curator Sarah Henry and writer, media personality and window dresser Simon Doonan, who will discuss the museum’s famous Stettheimer dollhouse; conversations with playwright Lynn Nottage and Knicks players Bill Bradley, Willis Reed, Walt Frazier and Earl Monroe, with Harvey Araton, both members of the MCNY Live series; and a workshop for all ages with photographer Janette Beckman, who will talk about her creative process and how to tell stories through the camera as part of the MCNY Kids Create series.

The Jewish Museum will allow visitors to hear artist Lawrence Weiner talk about his career and the current public art installation “ALL THE STARS IN SKY HAVE THE SAME FACE”, displayed on the facade of the museum; listen to award-winning actor Rachel Weisz bring the words of Louise Bourgeois to life in an audio guide produced in conjunction with the exhibition “Louise Bourgeois, Freud’s Daughter”; hear Edmund de Waal and Adam Gopnik discuss Waal’s new book “Letters to Camondo”; watch videos of poet Douglas Ridloff responding to the collection of the Jewish Museum in ASL; hear a panel of community activists, cultural theorists and artists discuss the impact of public works of art and the role of museums in achieving equity; and watch virtual performances for the families of Aaron Nigel Smith and Joanie Leeds.

Events at Cooper Hewitt, Smithsonian Design Museum, will include the launch of the Virtual Studio Series, a quilting program with multidisciplinary artist William Daniels, free with pre-registration; a “Design at Home” video and a Learning Lab activity inspired by Suzie Zuzek’s colorful patterns, which will be the subject of a future exhibition, Suzie Zuzek for Lilly Pulitzer: the prints that made the fashion brand; a design conference “Rebellion in Design: Developing a Blueprint for the Future” with Virgil Abloh, James Wines and Oana Stănescu, organized in conjunction with the exhibition, Willi Smith: Street Couture; and a virtual tour of the exhibition Contemporary Muslim Fashions.

Events at the Solomon R. Guggenheim Museum will include Summer Solstice, a live virtual tour exploring works from the Guggenheim Collection that feature sun and light; an audio guide for Off the Record, an exhibition that brings together the work of contemporary artists from the Guggenheim collection who question, revise or otherwise question the dominant narratives and the transmission of culture through official “archives”; “Spotlight” video series featuring artists from the Guggenheim Abu Dhabi Collection; and a pre-recorded conversation with curator Vivien Greene and scholar Maile Arvin about Paul Gauguin’s 1891 painting, In the vanilla orchard, man and horse.

Events at the Neue Galerie New York will include a range of virtual offerings, from online lectures and cooking classes, to craft activities and concerts, all available at neuegalerie.org/programs.

Events at the Metropolitan Museum of Art will include virtual tours of silent exhibitions of the Temple of Dendur in the turn of the Sackler Wing and the Roof Garden Commission, Alex Da CorteAs long as the sun lasts; an artist interview with Carol Bove, discussing Sessions don’t help, part of the facade commission; Programming #MetKids, with How do you dance in armor? an interview with performers by children, and How did they bring all this art into the museum ?, an interview with Met staff by children.

The Museum Mile Festival, which normally takes place on Fifth Avenue between 82nd Street and 110e Street, the second Tuesday evening in June, was established in 1978 to raise awareness of its member institutions and promote public support for the arts. The festival, held virtually this past year due to the pandemic, is presented in this friendly spirit, with the same goal of raising awareness of the arts and culture and bringing communities together.

The Blueberry Bulletin presented by Equine Equipment: for OTTB youth the only constant is change – Horse Racing News

What are you wearing in the market?