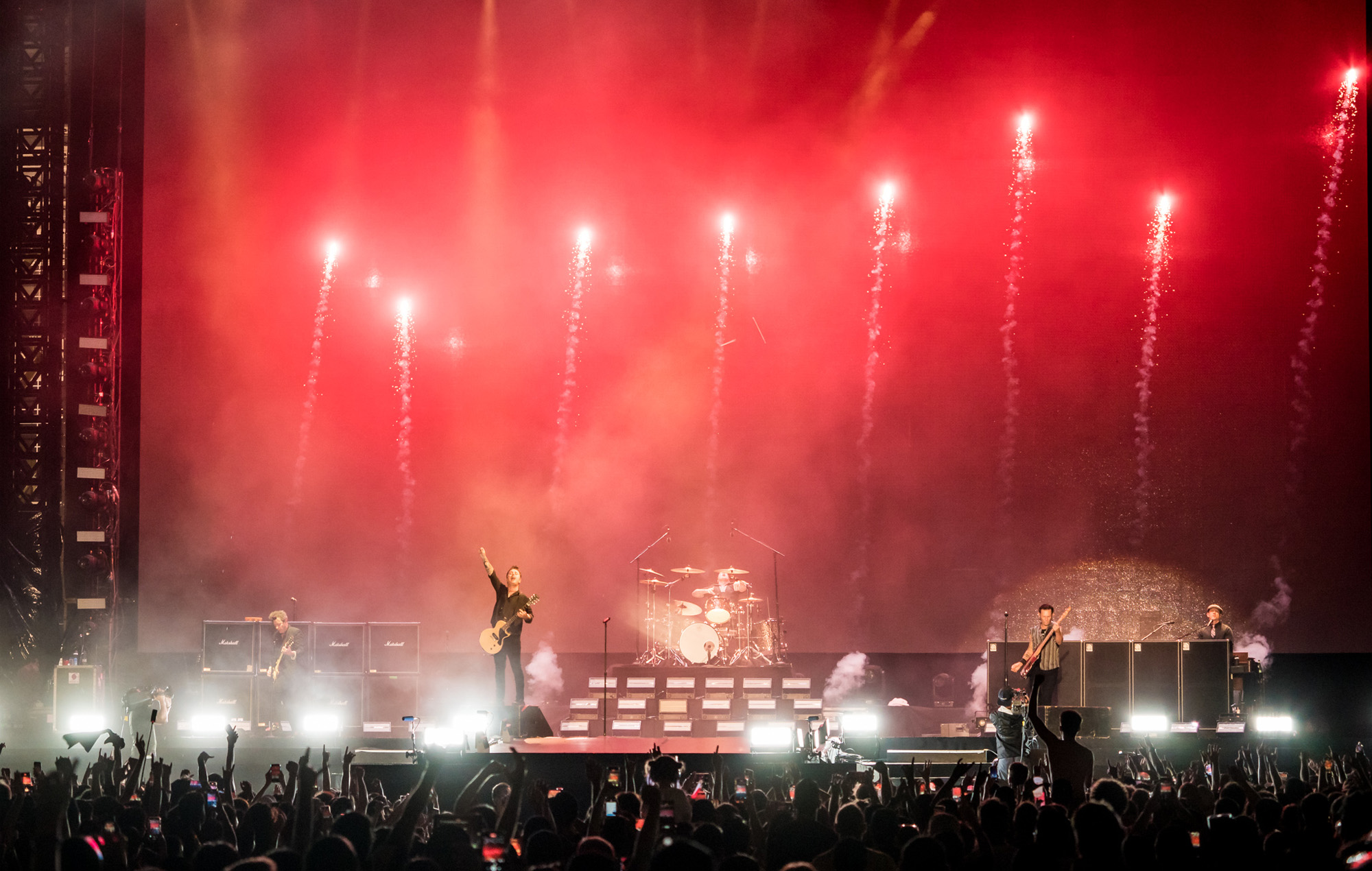 After two years of silence, F1 fever returned with a vengeance in Singapore as a record 302,000 crowd descended on the Singapore Grand Prix last weekend (September 30-October 2). While the vast majority were there to cheer on their favorite drivers as they burned their tires on the slippery road course of F1’s only night race, dozens were also excited beyond belief for the entertainment lineup. starry.

Nostalgic hits seemed to be the order of the day at the Singapore GP, whether you were there to see TLC sing the anthem “No Scrubs”, belt Westlife “You Raise Me Up” or the Wings perform their iconic “Sejati”. . But there were also plenty of smaller and younger actors and DJs from the region and beyond who made Marina Bay flourish, from Malaysia’s Venopian Solitude to Singapore’s Inch Chua and Sweden’s Seinabo Sey.

NME Asia braved the storms to find out what this year’s Singapore Grand Prix had to offer – here are the best sets we saw.

Sandwiched between TLC and Westlife on Saturday were English rock veterans Suede. Kicking off the weekend’s first bout of torrential downpours, Brett Anderson and co. took to the packed Wharf stage for a career-spanning celebration of their music. This included material from their recently released album “Autofiction” – which we rated four stars here at NME – before the rest of the set sees Suede run the gamut of greatest hits with upbeat performances of ‘Trash’, ‘She’s In Fashion’, ‘Pantomime Horse’, ’15 Again’ and ‘It Starts And Ends With You ‘.

Anderson kept the crowd on their toes as he repeatedly jumped the barricades to get closer to his adoring fans, even signing someone’s record cover along the way. But as energetic as the audience was throughout the set, it was clear they were anticipating Suede’s most iconic: “Beautiful Ones.” With screams and a sea of ​​hands in the air, the Wharf Stage audience felt a second wind of enthusiasm, leading a long chant of the anthem’s seminal “la la la” chants long after the end of the song.

Suede, who was then dripping with sweat from the humidity, teased before leaving the stage: “Singapore has always sounded so good, maybe we should come back soon.” – Surej Singh

The sky opened up in the middle of The Kid LAROI’s set, much to the Australian rapper’s relief. “It’s a hot take,” he proclaimed, “but I’m so glad it’s raining because it’s so hot!” The 19-year-old pop star born Charlton Howard threw away his jacket and jumper to reveal a shirt declaring ‘Leave me alone’ – but the crowd at Padang on Sunday couldn’t get enough of him, rocking his merch tour and singing loudly every word, including unreleased material he had only broadcast live.

The youngest big name the Singapore GP has booked this year, 19-year-old LAROI was gracious and humble, repeatedly thanking his fans for the astronomical trajectory he has traveled over the past two years and even autographing the sign of a punter that he personally delivered to his. LAROI was candid that he didn’t know what to expect for his Singapore debut – whether he would be playing in front of his own fans or an audience that didn’t know his music – but he gave it his all regardless. He led a vocal for his late mentor Juice WRLD, got behind the drums at one point and finally closed his set in the pouring rain with the double punch of ‘Stay’ and ‘Without You’. A high energy performance from a rising star. – Karen Gwee

The thunderstorm that hit Marina Bay on Sunday delayed the overnight race by an hour, pushing back the Green Day headliner as a result. And all the rain had turned the Padang field into a stinking swamp that drew more than a few comparisons to Glastonbury. But Billie Joe Armstrong, Mike Dirnt and Tré Cool didn’t seem fazed at all, delivering a killer set with no filler, thrilling pyrotechnics and showmanship that made us feel like we were tasting the Worthy Farm experience. .

Any Green Day fan knows the band has the catalog and the energy to play for over two hours, easy. But for this tight 60-minute set – Green Day’s second gig in Singapore and the first in 12 years – they opted to play the hits, mostly from “American Idiot” and “Dookie”. Singapore accepted with raucous songs from ‘Boulevard of Broken Dreams’, ‘When I Come Around’, ‘Basket Case’ and more. (Yes, the Oct. 2 headliners performed “Wake Me Up When September Ends,” a day after they happily acknowledged the perennial joke about instagram).

For their final songs, Green Day opted for their nine-minute opus “Jesus of Suburbia” and a rendition of Armstrong’s “Good Riddance (Time Of Your Life)” on guitar. Flanked by Dirnt and Cool, he bid farewell to the moshing, muddy masses who had clung on to see their rock heroes live – and farewell to another feverish F1 weekend. – KG