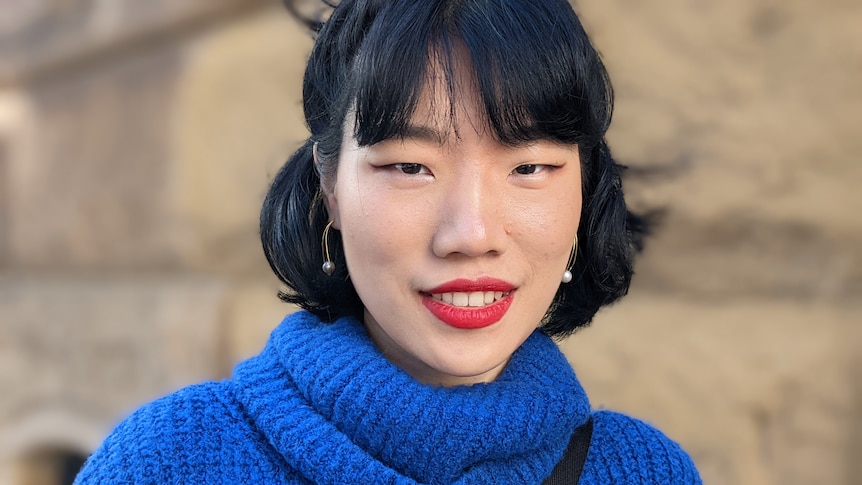 After graduating from high school, Wandi Cao’s mother got a tip about her appearance.

“My mother tried to persuade me to do the double eyelid plastic surgery, so ‘my life would be much easier,'” Ms Cao told ABC’s China Tonight.

Growing up in China, the 27-year-old model never thought she could “fit into mainstream beauty standards.”

“They thought my high cheekbones would curse my husband and my eyes are small,” she said.

“But I thought it wouldn’t change my personality and my abilities, and that I wouldn’t necessarily be prettier, so I didn’t.”

Now based in Sydney, Ms Cao moved to Melbourne in 2016 and started modeling.

In Australia, she received many compliments on her look from photographers and designers.

It took him a while to realize that these comments weren’t just “politeness,” but were genuine.

“I realized, ‘Oh! People from different cultures and backgrounds have completely different perceptions of me.'”

Yet she never thought that her face would one day become problematic in China.

Earlier this month, National Radio and Television Administration of China demanded that the country’s television companies “adhere to maintain the right political, moral and aesthetic direction”.

The guideline did not go into detail about “correct” aesthetics, but it did urge companies to reject “pathological plastic surgery, ‘sissy’ aesthetics, excessive makeup, excessive use of filters and other negative aesthetics”.

It comes after widespread online boycotts against models and even small-eyed fictional cartoon characters.

Nationalist critics have accused Western brands of caricatures and stereotypes – including using makeup to exaggerate narrow eyes – and Chinese companies of adhering to a Western perception of Chinese features.

A Weibo user said, “This is an insult to China ignoring Chinese history and culture. We don’t know what national aesthetic the slant-eye modeling caters to, but at least it’s a one-sided, biased, and insulting phenomenon.

Some accused Chinese animation I Am What I Am, which centers on the traditional lion dance, last year of making characters’ eyes appear “cross-eyed” to insult Chinese viewers.

Elementary school math textbooks that have been in use for nearly 10 years have come under attack for the eyes drawn by children in illustrations. China’s Ministry of Education has announced that it will replace all textbooks in September.

For Ms. Cao, the online firestorm over the shape of the eyes was “outrageous.”

In recent years, many well-known international fashion brands have been criticized in China for using models with small eyes.

Dior, for example, was attacked last November for displaying photos from 2012 with fine-eyed models at its art exhibition in Shanghai.

After receiving criticism, Dior later issued an apology on its Weibo account and took down all the photos.

Man Chen, who took the photos and was once considered China’s most famous fashion photographer, also apologized, saying the photos were taken in her “early days” when her “vision of art was not yet formed.

Pan Wang, a lecturer in Chinese and Asian studies at the University of New South Wales, said she “wasn’t surprised to see the controversies” surrounding the images.

“When different advertisers, especially Western brands, all use a particular type of image, it will likely create the impression of racial and cultural stereotypes.

“For some people, they’re certainly offended by that.”

However, Dr Wang said some critics might overreact because “some advertisers and recruited models don’t intend to distort the image of Chinese”. [people] and China”.

“It’s not good to see them spreading their views and imposing their views on others with the intention of creating a cultural or ideological war between China and Western cultures,” she said. declared.

Dr. Wang added that some of the comments border on body shaming.

“A lot of people are just born with ‘slant eyes’ and there’s nothing wrong with that.”

How did beauty standards become a battleground in China?

It was only much later that this body feature began to be used as a slur against Asians and associated with the racist ideology of the “Yellow Peril”.

In popular culture, this was epitomized by the fictional supervillain Fu Manchu, who was created by English novelist Sax Rohmer before World War I and featured in films in the 1920s.

But because most Western films were banned in China before the end of the Cultural Revolution in 1976, few people in China knew about the character and the associated insult.

After the country’s economic transformation began in the late 1970s, Chinese society began to adapt to Western culture and its standards of beauty.

Meanwhile, more and more people are using cosmetic surgery or makeup to change their appearance to fit the norm.

According to Deloitte estimates, China’s cosmetic surgery market has been growing since 2012 and will reach 311.5 billion Chinese yuan (about $68.5 billion) in 2023.

Dr Wang said the Chinese government now wants to “strengthen its national identity through the construction of a positive image”.

“People don’t want others to use a ‘slanted eyes’ image to label China and make the Chinese people ugly.”

Brands caught in the middle of a beauty clash

The Radio and Television Administration directive also required television productions “not to arbitrarily use, follow, or copy foreign styles.”

However, from a nationalist perspective, the appearance of many average Chinese has been interpreted as a misrepresentation of China.

The contradiction raises a question for brands and companies: how should they strike a balance when trying to market their products in China?

Ashley Galina Dudarenok, a China marketing expert based in Hong Kong, saw the model eye controversies as “a clash between what the brand wanted to showcase and what China’s beauty standards were”.

“That balance can be found if brands look at their own artistic values ​​and what Chinese people value,” she said.

“Chinese consumers know they have the power as they represent a large part of the market that foreign brands covet.

“That’s why it’s so important for brands to have a test market or review system for products, campaigns or even social media posts. Launching anything without proper testing and evaluations is a sure way to turn against him.”

“If it’s foreign brands or brands that have been criticized, Chinese consumers often vote with their dollar for quality,” she said.

“It’s inevitable when working across cultures, as brands sometimes fail even in their own cultures.”

Watch the story on tonight’s China Tonight at 9:35 p.m. AEST on ABC TV, or stream on ABC view.

阅读中文版：Read the story in Chinese

Why is the Melbourne Cup so special? | Yass Grandstand