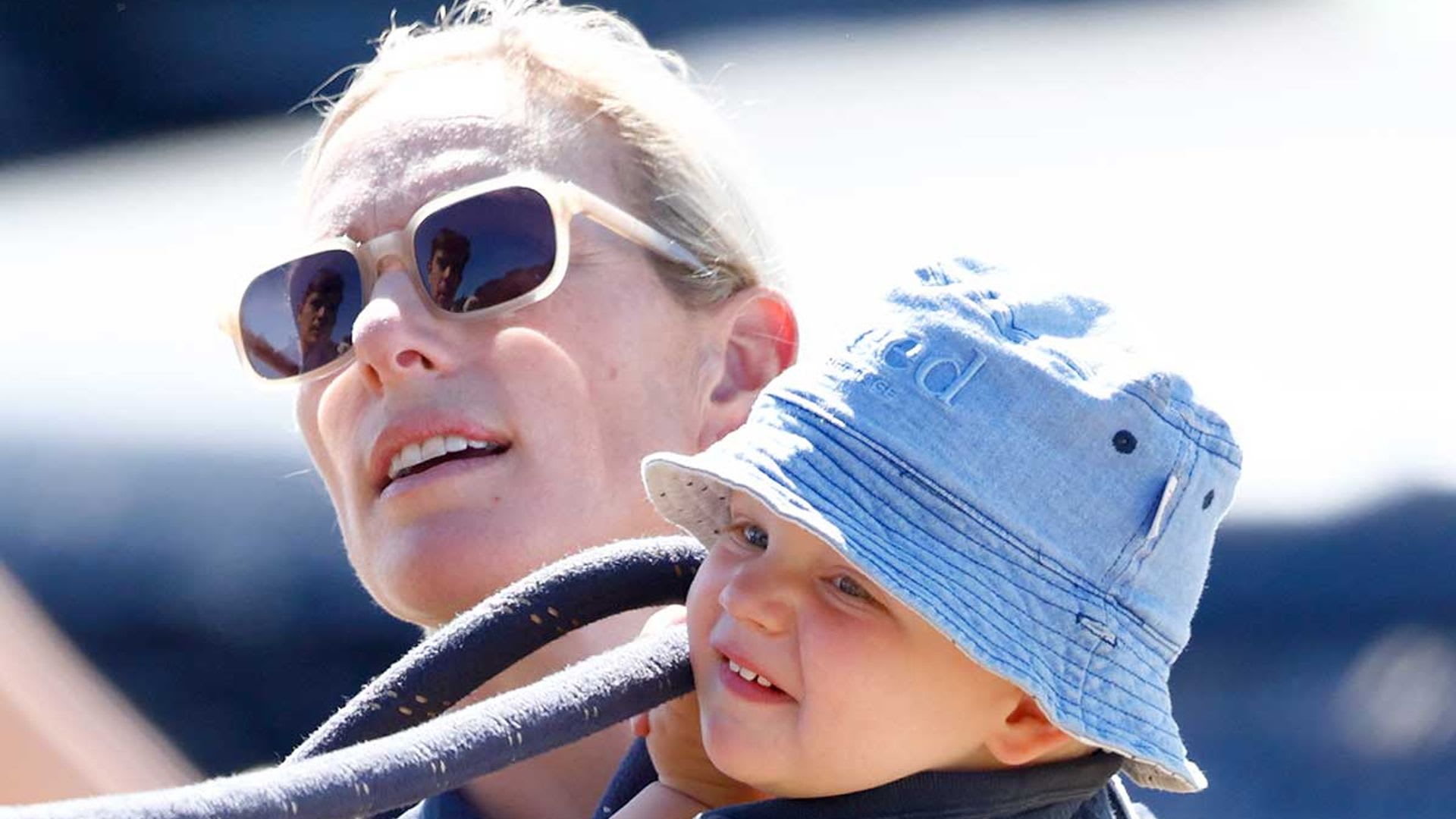 The Tindall family were in full force on Sunday as they enjoyed the glorious sunshine in the British Eventing Festival at Gatcombe Park.

PHOTOS: Zara and Mike Tindall’s cutest moments with their kids

equestrian star Zara was joined by her husband Mike43, girls, Miaeight and Lenafour and one year old son Lucas. Taking place at her mother Princess Anne’s royal estate in Gloucestershire, Zara braved the heat and took part in the prestigious event.

In a sweet photo, the Queen’s granddaughter was seen stroking a horse alongside baby Lucas. Grinning from ear to ear, the doting mum-of-three watched proudly as her fearless toddler attempted to pat the horse’s nose.

Other photos showed little Lucas getting close to his new equine friend. From the comfort of Zara’s arms, the youngster could be seen grasping the horse’s reins with a look of pure delight.

The mother-son duo unwittingly wore matching outfits for their family fun day. Zara, 41, wore denim shorts and a navy polo shirt, while Lucas was dressed in striped shorts, a navy top and a light blue denim bucket hat. Geared up for his adventurous afternoon, the youngster was also seen wearing a pair of adorable white velcro trainers.

This weekend marks the first celebration of the horse festival since 2019, according to the event’s website. Organizers called the event “a true showcase of sport, from grassroots to elite”.

Little Lucas has made a new furry friend

Zara is a renowned and accomplished British rider who regularly competes in major competitions. In 2012, the royal enjoyed success at the London Olympics winning a team silver medal, and most recently in September 2021, Zara was part of the GB eventing team that won the Nations Cup in Aachen.

Zara’s appearance at Gatcombe Park comes after she recently celebrated it 11 years of marriage with her husband Mike. The royal exchanged vows with the former rugby player on July 30, 2011 in Scotland.

Although they rarely post public tributes to each other on the occasion of their relationship, it’s possible the duo privately marked their special day with their three young children: Mia, Lena and Lucas.

Make sure you never miss a ROYAL story! Sign up for our newsletter to get all our celebrity and royalty news straight to your inbox.